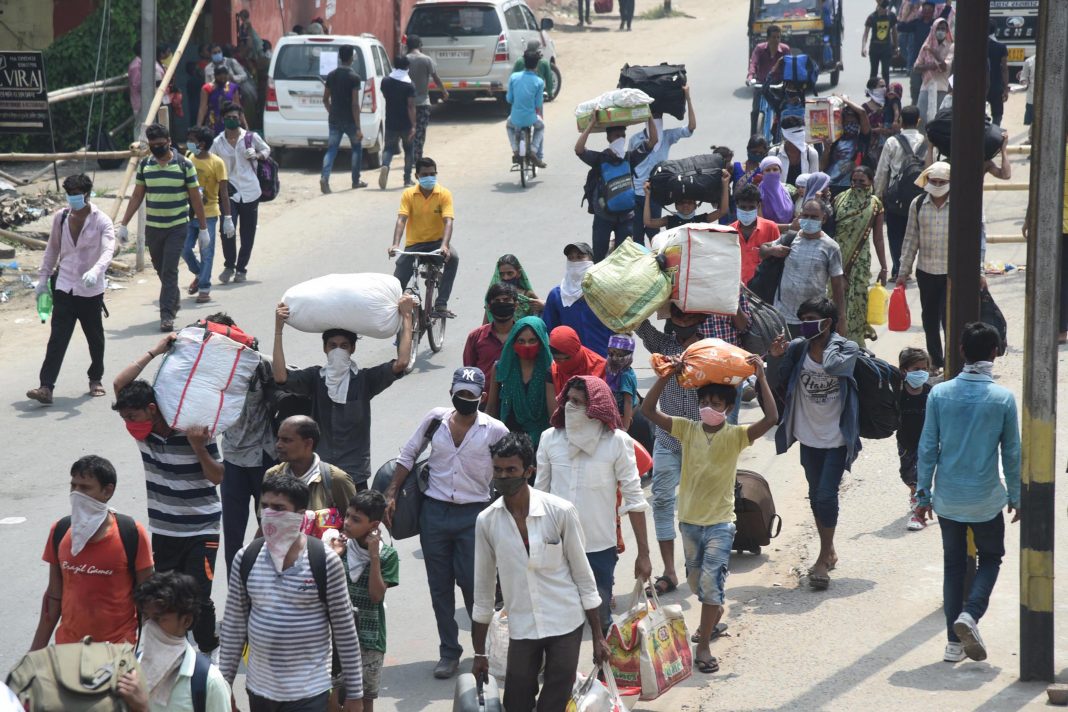 The Court has directed both the Ministry of Labour, UOI and the GNCTD to file the status report on or before 25th June, 2020 and list the matter for hearing on 29th June, 2020.

The Courts direction came on a plea which has sought proper implementation of the Inter-State Migrant Workmen (Regulation of Employment and Conditions of Service) Act, 1979. This enactment has been the subject matter of a large number of decisions going back to the seminal decisions of the Supreme Court in Bandhua Mukti Morcha V Union of India AIR 1984 SC 177 and Labourers Working on Salal Hydro Project V State of Jammu and Kashmir & Ors AIR 1984 SC 177.

Acting upon a plea a single-judge bench headed by Justice Pratibha M. Singh said, “The recent crisis which the country has witnessed with respect to migrant workmen shows that for the effective enforcement and implementation of the Act, there is an immediate need for proper data to be always available so as to ensure that steps can be taken in a timely and adequate manner, especially in times of a pandemic such as COVID-19 or in any other form of emergent situation.”

“The collection of data ought to be vertically integrated so that data relating to migrant workmen, from the Central Government and the States is collected, cross-checked, maintained and is readily available, without any time-lag. In order for any measures to be taken for migrant workmen, such data is of prime importance,” said the Court.

It further stated, “This Court is of the prima facie opinion that in order to have a proper, streamlined regulation of migrant workmen and their conditions of service, the first and the foremost significant measure would be the collection of the actual data and the integration of the same between the Central Government and the State Governments. For the said purpose, the said Governments would have to consider as to whether there should be a centralized portal for registration of migrant workmen by the contractors who engage them or the employers who employ them. Mechanisms and tools also ought to be made available so that employers and contractors do not find the same burdensome and that they can submit the data without glitches.”

Therefore, the Court has directed the Delhi Government and the Central Government to file their respective affidavits disclosing the data relating to migrant workers, set out below, as available with them as of 1st June, 2020. In addition to the data, the respective Governments would also place on record the procedure currently being followed for contractors or employers to register migrant workers as also what are the procedures being followed for ensuring compliance.

Accordingly, a status report to be filed by both the Ministry of Labour, UOI and the GNCTD in respect of the following:

The plea has sought direction to the respondents;

B) To direct the Respondent No.1 and 2 to frame Rules under Section 35 of the Inter-State Migrant Workmen (Regulation of Employment and Conditions of Service) Act, 1979 for operationalization of the Act in the Union Territory of Delhi.”

Court noted the submissions made by Mr. Ramesh Singh, ld. counsel appearing for Government of NCT of Delhi that insofar as the Registering Officers, Licensing Officers, Appellate Officers and Inspectors are concerned, the same have been appointed by the Government of NCT of Delhi. He also submitted that the Rules under this Act have been notified.

Whereas, the Central Government, ld. Standing Counsel seeks time to take instructions and said he will inform the court on the next date as to the actual status of the appointments of the Registering Officers, Licensing Officers, Appellate Officers and Inspectors.

As per the provisions of the Act

“Under Section 2(a), the “appropriate Government” would be both the Central and the State Governments depending upon the nature of the `Establishment’. Apart from the appointments of the officers as per Sections 3, 7, 11 and 20 of the Act, what would be important is whether the data pertaining to the migrant workmen is in fact being collected and if so, what is the actual data, which is available with the Central Government and the State Government. Section 16 imposes a duty upon the contractor employing inter-state migrant workmen to provide for hygienic living conditions, proper food arrangement, medical facilities, protective clothing, regular payment of wages etc. Section 15 also stipulates payment of a `Journey allowance’ from the place of residence of the workman to the place of work in another state. The outward and return journeys are the responsibility of the Contractor or the employer. However, this Act and its implementation is to be supervised by Inspectors appointed by the `appropriate government’ i.e., both the Central and State Governments. The Act contemplates regular maintenance of Registers, submission of data etc., by the Contractors and the employers. These provisions are thus essential for the overall well-being of workmen,” the Court Noted in its order.

Did you find apk for android? You can find new Free Android Games and apps.
Share
Facebook
Twitter
Pinterest
WhatsApp
Previous articleDelhi HC Directs GNCTD To Provide Two Square Meals Per Day To Stranded Labourers At Azadpur Mandi
Next articleSC Calls Upon Advocates And Party-In-Person To Give Joint Consent For Physical Functioning Of Courts