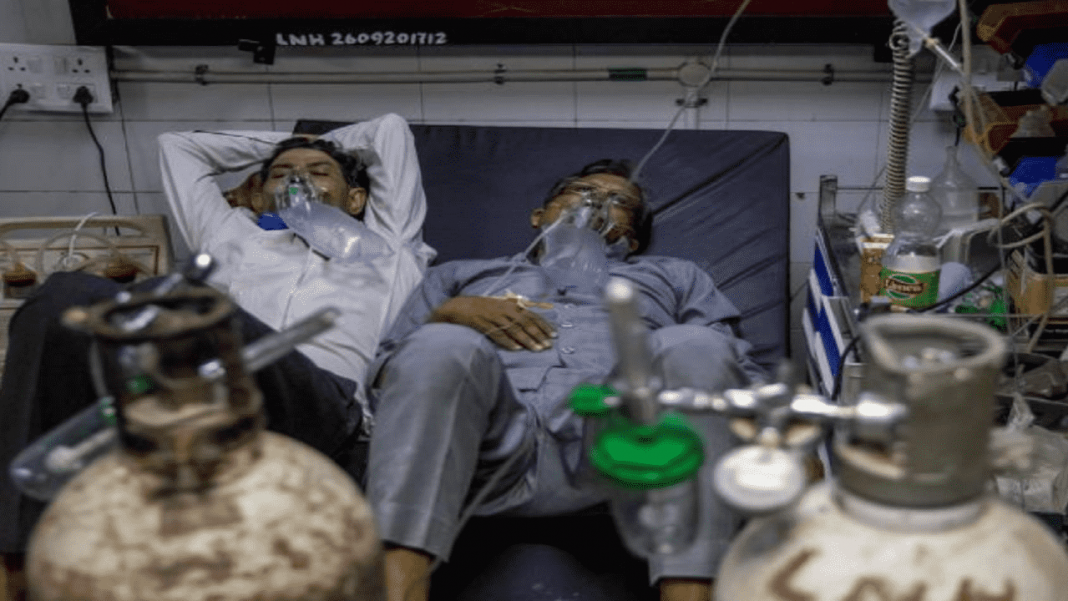 The Delhi High Court on Wednesday while holding a urgent hearing regarding the emergency situation that has erupted in the capital due to shortage of oxygen directed the Central goverment to take over oxygen from industries and divert it for medical use.

“We direct Centre to take over production of oxygen from petroleum and steel for supplying oxygen for medical useeven if it means that such industries have to stop production for the time being,” said a division bench of the high court presided by Justices Vipin Sanghi and Rekha Palli.

The court also directed such industries to take over their production of oxygen and make it available to the Central government.

Noting the current medical emergency, the bench came down heavily on the Central goverment and said, “We are shocked and dismayed that govt doens’t seem to be mindful to the extremely urgent need of medical oxygen. The govt can very well divert the supply of oxygen from steel plants, even if these industries run at slower capacity, as medical oxygen is important, nothing is going to fall. The stoppage of medical oxygen on the other hand…the hell will let loose.”

The bench while noting that the Centre had not acted upon the directions of the court to send oxygen for medical use while taking it away from the industries, said, Human lives are not that important for the State it seems.”

During the course of hearing, the bench was informed that transpiration of the oxygen too is another major hurdle which is leading to the supply.

Senior Advocate Rahul Mehra appearing for the Delhi government said that while the transportation takes places usually through highway other ways might be looked into.

“If transportation is the issue, Air Force could be brought in to supply oxygen. Next 10-12 hours are critical,” Mehra said.

Noting these submissions, the court said, “The transportation is also a challenge, as same takes place only through highways in normal course. Centre should consider transpiration by dedicated corridors or by air lifting so that the supply is not hampered.”

INOX Air, which is a major supplier of Oxygen, represented by Senior Advocate Rajiv Nayar told the court that O2 is being produced to its fullest.

“The development that we have witnessed that at Nasik where O2 supply was restricted many Covid patients have died. The demand for O2 run by petitioners and others have gone up at a fast pace,” the court noted.

The observations and submissions were made while the bench was hearing a a petition filed by Balaji Medical and Research Centre, the firm that runs Max Group of Hospitals alleging that the supply of oxygen at their hospitals is minimal and may end in next few hours.

The hearing in the matter would resume at 9:30 p.m. today.