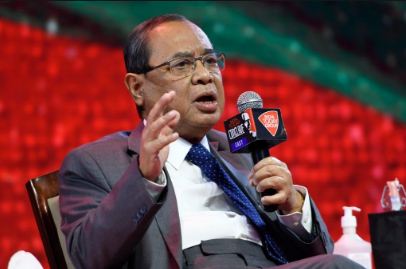 The Delhi High Court on Wednesday said that the former Chief Justice of India (CJI) Ranjan Gogoi’s autobiography and news reports do not establish whether the decisions allegedly taken in the controversial December 2018 Collegium meeting were merely verbal or had a written resolution.

The appeal seeking details of the Collegium meeting held on December 12, 2018, which were never made public was dismissed by the Division Bench of Chief Justice Satish Chandra Sharma and Justice Subramonium Prasad

The Court judgement said that “The reliance placed by the learned counsel for the appellant on the news article and the excerpt from the autobiography fails to demonstrate as to whether the decisions allegedly taken were merely verbal or had been crystallised into a written resolution that could at all come under the ambit of ‘information’ under Section 2(f) of the RTI Act, thereby warranting the access to the same by the appellant”

The stance of Supreme Court that no disclosure about the meeting can be made since no resolution was passed in that meeting, as the required consultation could not be completed was upheld by the CIC.

The petition said that on October 3, 2017, the Collegium had resolved to publicise its decisions on its website in case of recommendations that are sent to the government with regard to judges.

The plea however said that on December 12, 2018, Collegium meeting was held for which no information was put up on the website of the apex court.

On January 10, 2019 a newly constituted Collegium of the apex court (without Justice Madan B Lokur who was part of December 2018 Collegium and had subsequently retired) met again and passed a resolution stating that it had met on December 12, 2018 to consider and recommend names for appointment as judges to the Supreme Court and to consider the proposal for transfer of Chief Justices and judges of the High Courts.

The High Court added that for rest of the Collegium resolutions including where nothing has been finalised or crystallised into a resolution, reasons need not be uploaded on the website.

The bench further notified that it met on December 12, 2018 for considering names of judges to the appointed to Supreme Court as well as to consider other proposals of transfer of Chief Justices of the High Courts.

However, the required consultation was not undertaken and completed as winter vacations intervened, and by the time the Court reopened, the composition of the Collegium had undergone a change.

The high Court said“The Resolution dated January 10, 2019 also indicates that subsequent to the reopening of the Court, the newly constituted Collegium deemed it appropriate to consider the matter afresh and proposals were re-evaluated in light of the additional material that had become available. After further deliberations, resolutions were passed on January 10, 2019.

The plea was dismissed.