A single-judge bench of Justice Yogesh Khana has asked the parties to file their written submissions while it was hearing the plea filed by Matrix Cellular seeking release of its 419 oxygen Concentrators seized by Delhi Police from its premises. 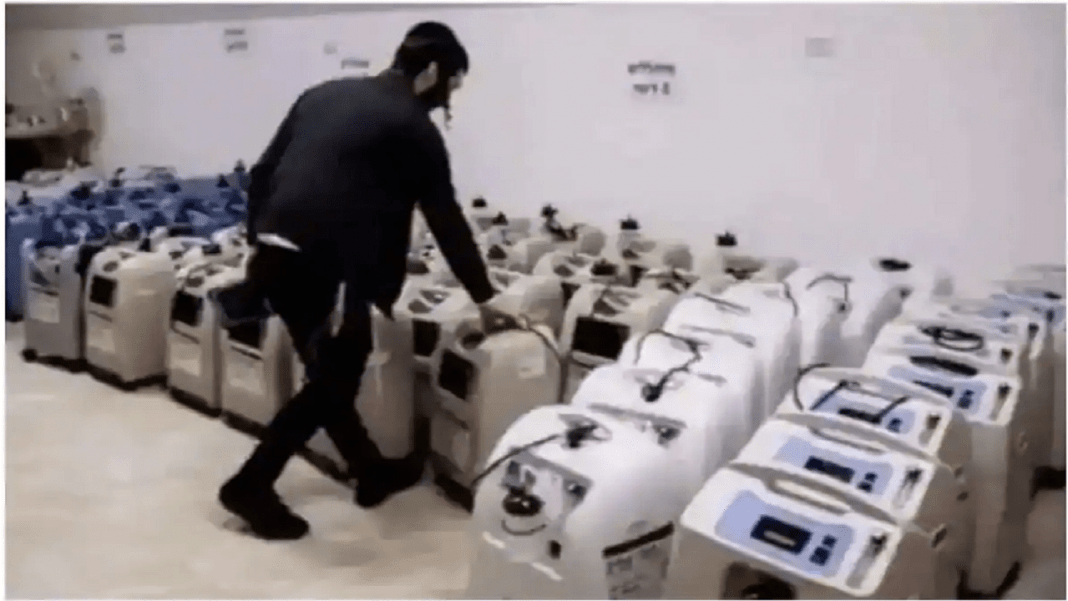 The Delhi Police on Monday submitted before the Delhi High Court that it should not entertain petition under Article 226 of the Constitution while opposing the plea filed by Matrix Cellular seeking the release of 419 oxygen Concentrators seized by Police from its premises.

A single-judge bench of Justice Yogesh Khana has asked the parties to file their written submissions while it was hearing the plea filed by Matrix Cellular seeking release of its 419 oxygen Concentrators seized by Delhi Police from its premises.

Additional Solicitor General S.V. Raju, appearing for the State, has submitted, “That even if there is discretion before this Hon’ble Court which goes in favour of black marketer, hoarders of oxygen concentrators, it is not a fit case where the discretion should be exercised under Article 226 by this Hon’ble Court. Secondly, lets presuppose that if this court grants a relief in favour of Matrix, then the order/directions passed by Division Bench of this Hon’ble court would be violative of that. Further, the Division Bench has already directed to approach the Petitioner Matrix before District Magistrate, since seized materials is under supervision of District Magistrate and no order has sought from District Magistrate.”

Ld. ASG cited –‘Section 3(i) and (h)  of Essential Commodities Act,1955. He also cited section 20 of the Drug Price Control Act (DPCA), 2013 and submitted that if order of Drug Price Control Act, (DPCA), 2013 violates then also, it is punishable under section 7 of Essential Commodities Act.  He further submitted – “ oxygen concentrators does not fall under the ambit of books and accounts mentioned under clause 3(i), So the seizure made by the Police under section 102 CRPC is lawful and in no way, it attracts ingredients of section 3(i) of ESC Act. 1955. “

He further opposed that the relief seeking matrix for no coercive shall be taken against him is no maintainable under Article 226, he should have gone for quashing under section 482 CrPC, and not seek relied under Writ 226.

Justice Yogesh asked from Additional Solicitor General that he referred to WHO report , on the previous date of hearing. To Which, S.V. Raju referred to  para  2.2.1 of Guidelines of WHO.

Senior Advocate Mohit Mathur, appearing for Matrix, objected to the contentions of ASG, S.V.Raju stating that all grounds raised by him are not at all justified.

He also relied upon Apex Court judgment of Opto Circuit India Ltd. v. Axis Bank and Ors, wherein the step was not taken by Police authority in accordance with section 102(3) CRPC and the apex court defreeze the accounts of petitioner under PMLA ACT and reiterated mandatory prerequisite at time of seizing goods –

“ Sub-section (3) to Section 102 Code of Criminal Procedure requires that the Police Officer shall forthwith report the seizure to the Magistrate having jurisdiction, the compliance of which is also not shown if the said provision was in fact invoked”.

Mathur said – Your Lordship, there is a distinction between Magistrate and Metropolitan Magistrate, kindly have a look at CRPC.

“State failed to mention in their status report that to whom they have given seizure memo, and did not also annexed with the status report,” he said.

Further, he stated that “Procedure adopted by State is bad and illegal. The state did not comply as per section 457 CRPC. your lordship, kindly see the office memorandum dated 29.06.2020 issued again on 15.5.2021 talks about monitoring of Maximum Retail Price of Pulse Oximeter and Oxygen Concentrator under DPCO -2013 REGULATION.

Mathur said– “ Your lordship, section 6a of ECA, 2013 does not state anywhere that material can be confiscated without even giving notice to such person from against seizure has been made. can seizure memo i.e. Jamatalashi be denied for releasing the seizure goods even in case of grave nature ?The Petitioner is engaged in business of providing telecommunication services for persons travelling abroad.”

In the previous hearing on May 7, the State made submission that Matrix should seek appropriate remedy before concerned magistrate for releasing of concentrators and also such seized concentrators have already been deposited to Deputy Commissioner Office, South District, New Delhi. The Delhi High Court had noted that “it transpired from that such oxygen concentrators have been released to Covid centre/Hospitals. However the position is not clear as of today. In case those are released, the prayer to this effect shall become infructuous.” The Court had asked the Delhi Police to file its status report.