Enforcement Directorate: Nawab Malik should be taken back to jail as he no longer needs medical treatment 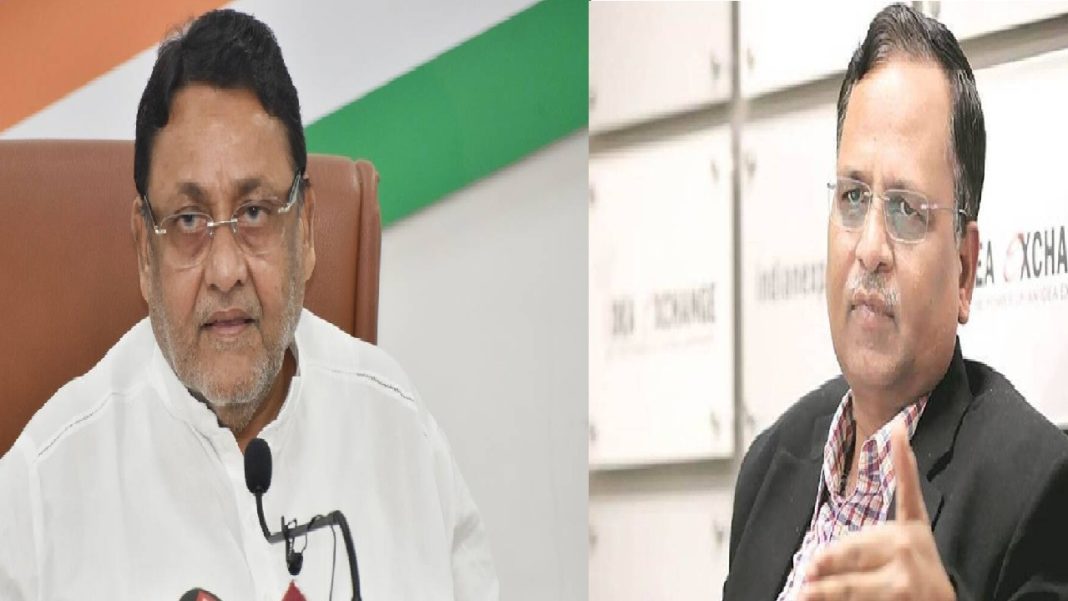 The Enforcement Directorate told Mumbai Court that Nawab Malik the former Maharashtra cabinet minister should be taken back to jail from hospital since he no longer requires medical treatment reply back on the Malik’s bail application in the money laundering offence involving underworld don Dawood Ibrahim.

Nawab Malik was permitted for availing treatment in a private hospital for a period of 6 weeks by the Special Court this year in May .

The 6 week period is over and the agency contended that Malik has been ‘ostensibly at large’ for medical treatment, and there is no credible information available with the agency on the status of Malik’s treatment.

The agency clearly said that the plea does not raise any medical ground demonstrates that Malik no longer requires medical treatment and hence, should be lodged back into jail in the interest of investigation.

The Enforcement Directorate adds that it seems that the bail plea was a ploy to hide the fact that the 6 weeks granted by the Court have expired which were taken in name of medical treatment.

As per the Enforcement Directorate Malik had connived with the D-gang members, Haseena Parkar, Salim Patel who were actively involved woth laundering of illegally usurped property or proceeds of crime as per Prevention of Money Laundering Act (PMLA).

Agency has also alleged that Malik has never co-operated with the investigation even after the witness recorded statement led to the conclusion of him having personally involved in the activity.

Malik had played an active role as he was a constant attendee to the meetings to resolve the issues pertaining land claim to whether he or Haseena Parkar would control usurped property, the agency submitted.

In May 2022 ,after the Special PMLA Court took cognizance of the chargesheet ,Malik filed for regular bail under Section 439 of the Code of Criminal Procedure.

Nawab Malik had requested that despite having a bulk chargesheet running into 9 volumes after investigation of over 6 months, the agency only relied on a statement which no collaborative evidence.

Nawab Malik claims to have been a victim of political vendetta.The leader also said that although the present case is Registered  on basis of FIR by NIA which has not charge sheeted him.

Nawab Malik also said that the case he has been booked was based on a transaction which supposedly took place in 1999, when PMLA was not in existence; and PMLA could not be applied retrospectively 22 years later.

He also added that till date there have been no FIR against the supposed usurpation of property.

Malik mentioned that he has been requesting the dismissal of the application.

The agency said that since the proceeds of crime were being laundered after the enforcement of the PMLA, it cannot be seen as a retrospective application.

The special court has decided to hear the bail plea on July 26.

Malik was arrested by the ED on allegations that he had made a land purchase of a property at a rate lower than market value from Ibrahim.

Malik was picked up allegedly from his residence  on February 23 at 7pm for interrogation . He was also made to sign the summons issued to him by ED.

Malik was arrested after the interrogation and remanded to ED custody for 8 days after which he has been remanded to judicial custody.

Nawab Malik also moved to the Bombay High Court and filed a Habeas Corpus petition which came to be dismissed. The Supreme Court also upheld the same.