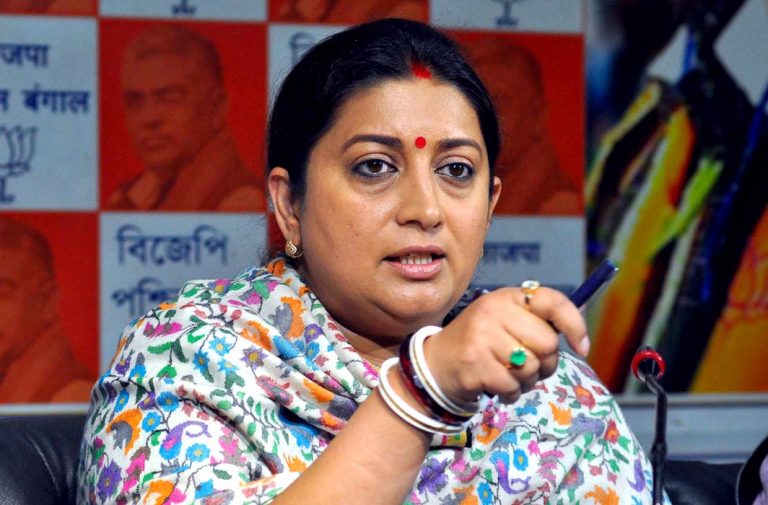 The Delhi High Court on Wednesday quashed the summons issued against Union minister Smriti Irani in a defamation complaint even as it dismissed a similar plea filed by complinant Congress leader Sanjay Nirupam to set aside a summons issued against him in a defamation case filed by Irani.The complaiunt against Nirupam will continue, Justice R K Gauba said while passing two separate verdicts on the plea of the two leaders.

In her plea, Irani had sought to quash the summons issued to her by a trial court on June 6, 2014. She had also sought the dismissal of the complaint filed by Nirupam.

Nirupam had challenged a magisterial court’s in the March 11, 2013 order summoning him in Irani’s defamation complaint against him. He had also sought to quash the January 1, 2013 complaint filed by Irani.

The court did not mention the actual names of Irani and Nirupam in the judgment and the cause list. While Irani was referred to as ‘PQR’ in the judgment, Nirupam was addressed as ‘XYZ’.

“The petitioner and the second respondent have been in public life for quite long, engaged in active politics and associated with the political parties that generally have been seen to be opposed to each other. In their interest, their names have been withheld from mention, including in the cause-title,” the judge said in the opening paragraph of both the judgements.

The high court had reserved its orders on November 13. It had earlier advised both the leaders to arrive at a compromise with regard to the defamation cases they have filed against each other.

Nirupam, a former Congress MP, had filed the complaint against Irani, alleging that on December 20, 2012, when the Gujarat Assembly poll results were announced, the Bharatiya Janata Party (BJP) leader had made “defamatory and scurrilous comments” against him during a television debate “by making direct aspersions on the character of the complainant (Nirupam)”.

Nirupam had said he had sent a legal notice to Irani through his counsel, asking her to tender an “unconditional public apology” for allegedly making defamatory comments, but she did not reply to it.

Previously, Irani had filed a complaint against Nirupam for allegedly defaming her during the same debate on a private television news channel and the court had framed charges against the Congress leader for using derogatory and indecent language against the Union Textiles minister.

On Irani’s complaint, the court had put Nirupam on trial under Sections 500 — defamation — and 509 – uttering any word or making any gesture intended to insult the modesty of a woman — of the Indian Penal Code.

Irani had alleged in her complaint that Nirupam had questioned her credentials to analyse poll results given her background as a television actress.