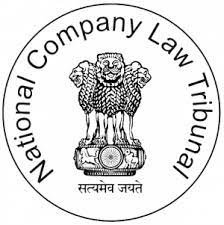 The National Company Law Tribunal (NCLT) Mumbai has been approached by Bank of India in the case regarding Future Retail Limited as they want to initiate the Corporate Insolvency Resolution Process (CIRP).

The bench of Justice P.N. Deshmukh and  technical member S.B. Vohra have issued notice to Future Retail. They have given the company time to  file their response.

The application was filed by advocate Palash Agarwal, under Section 7 of the Insolvency and Bankruptcy Code where it been alleged that the Future retail group has committed a default in tune of ₹3,495 crores through a one-time restructuring scheme between the bank and the company.

The bank was represented by the Senior Advocate Ravi Kadam,who requested the bench to allow tribunal one more hearing before the vacations begin.

Bank of India initiated the concern after the group of creditors led by BOI raised the issue regarding the recovery of the dues after 200 Future Retail stores were taken up by the Reliance industries.

The Bombay Stock exchange in the last month sateted that it was informed by the Future Group that 69% of the creditors had voted against the composite scheme of arrangement with Reliance Group entities whereas only 30% were in favour of the arrangement.

The bench acceded to the request and posted the matter for further hearing on May 12.