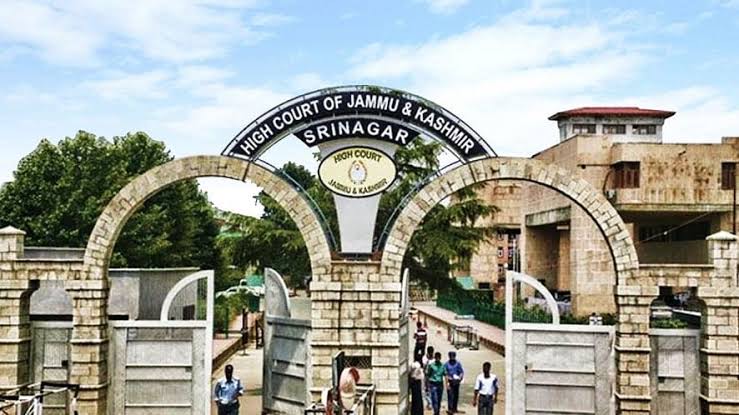 The Jammu & Kashmir and Ladakh High Court has refused to grant bail to an Assistant Professor working in a Government college, who was accused of instigating the residents of Kashmir to use force against institutions, including the Army, police and the civil administration.

The Single-Judge Bench of Justice Sanjay Dhar observed that prima facie, the accused was trying to promote enmity between the residents of Kashmir and those living in other parts of the country.

The High Court was hearing a petition filed by Assistant Professor Abdul Bari Naik, who was booked under Sections 153 and 353 of Indian Penal Code and Section 13 of the Unlawful Activities (Prevention) Act, 1967.

Police told the Court that the Assistant Professor was motivating the college students to disrupt peace and tranquility in the area and also provoked them to indulge in violence against the state administration.

The Union Territory government apprised the Court that Professor Naik was motivating the public with the ideology of extremist groups and indulging in a vilifying campaign against the district administration and security forces.

The petitioner argued that since he was an RTI activist and raised issues such as corruption, the respondents lodged an FIR against him. He said his acts may, at best, have amounted to violation of Civil Service Rules, but in no case, did they amount to disclosure of a criminal offence against him.

The High Court observed that as per the probe conducted by the investigating agency, the petitioner was trying to motivate people towards separatism and provoking them against the police, security forces and the district administration.

After perusing the video clips submitted by the Police, the Court noted that the petitioner was sympathetic towards the people involved in unlawful and terrorist activities and he even provoked the locals against the establishment of army camps.

It cannot be stated that the material on record does not disclose the commission of any cognisable offence against the petitioner, noted the High Court.

It ruled that quashing the proceedings in this case would amount to stifling a genuine prosecution.

Case title: Abdul Bari Naik vs State of J&K and others

Did you find apk for android? You can find new Free Android Games and apps.
Share
Facebook
Twitter
Pinterest
WhatsApp
Previous articleSupreme Court to hear pleas against SC/ST reservation in Parliament, Legislatures on November 1
Next articleAttorney General Venugopal hints he may not be in office after September 30