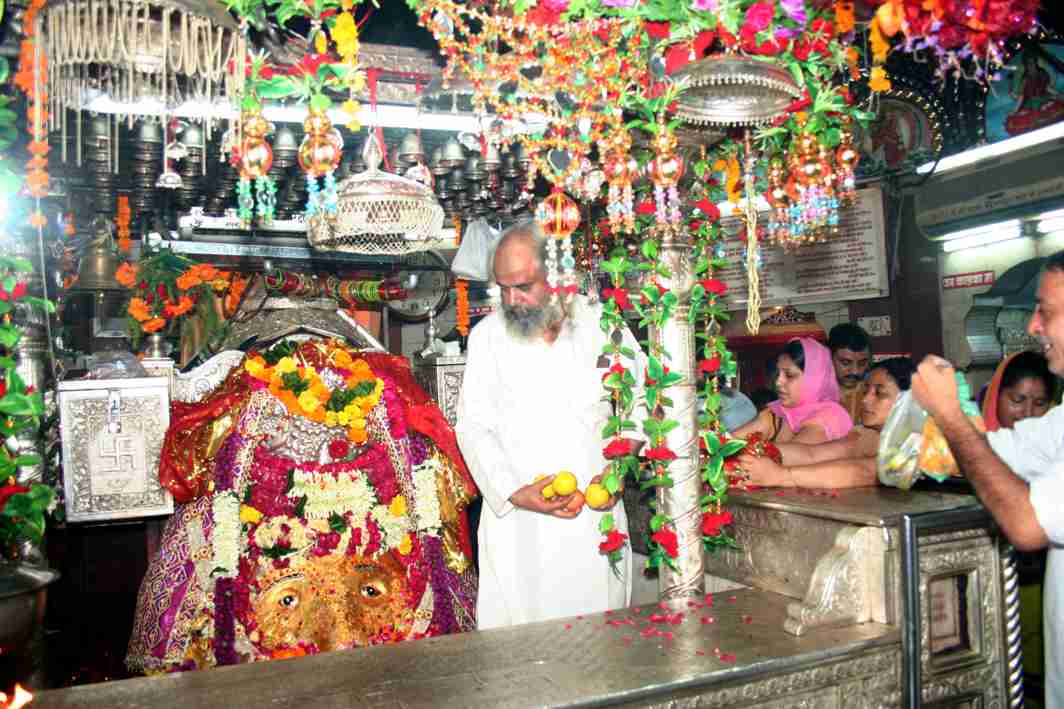 The Delhi High Court has appointed Court receivers to assess the offerings and donations given at the Kalkaji Mandir, Delhi, during the Navratri period while hearing a plea filed by a man, a legal heir & claiming his right as “Baridaar” for conducting the puja sewa.

The present petition has been filed by one Bishan Swaroop relates to the Mandir Shree Kalkaji, claiming his right as a “Baridaar” to conduct Pooja sewa, share in the offerings and revenues from movable/ immovable assets including teh-bazari rights, in relation to his shashmahi bari, which comes in every 12 years during the two Navratri periods. The grievance of the Petitioner is that he is not being permitted to exercise his rights in the current bari because his mother, late Mrs. Bishan Devi, being a woman, is being considered as a person who cannot exercise her rights qua the said bari, being a female heir.

A Single-judge bench of Justice Prathiba M. Singh has noted in its order,

“This Court has had the occasion of considering a similar case, in respect of various baridars in the Kalkaji Mandir, during the months of January and February. Owing to the various issues relating to mismanagement at the Kalkaji Mandir, and the complete lack of any facilities for devotees, a detailed order was passed on 5th February, 2021 in FAO 36/2021 titled Neeta Bhardwaj and ors. v. Kamlesh Sharma. In the said order, this court has clearly held that women, who are legal heirs, would be entitled to exercise their bari and perform the puja rights. Further, this Court had appointed receivers to take over the assessment of various donation boxes and the offerings which were being received at the temple, during the said bari, and several directions were issued by the Court.”

The Court has therefore directed,

“Accordingly, in the overall facts and circumstances of this case, considering their prior experience in assessing the donations and offerings etc., in the Kalkaji Mandir, Mr. H.S. Sharma, Retd District & Sessions Judge and Mr. Anurag Ahluwalia, Advocate, who had earlier been appointed as Court Receivers, are again appointed as Court Receivers for the period till 22/23rd April, 2021. The said two Receivers are permitted to visit the Kalkaji Mandir, in order to put locks on the donation boxes and take all required steps to assess the offerings and donations as also the teh-bazari. The directions passed to the Receivers in order dated 5th February 2021 would apply mutatis mutandis for the current bari. Accordingly, the following directions shall also apply:

a. All the donation boxes shall now be locked by the Court Receivers and the keys shall be retained with them.

b. The donation boxes shall be opened only once everyday at the time fixed by the Receiver/s either late evening or in the morning.

c. The donation boxes shall only be opened in front of the Court Receivers, in the presence of two representatives of the Plaintiff and the Defendants. The amount shall be counted as directed by the Court Receivers and 1/6th share shall be handed over to the Plaintiff’s representative. The remaining amount shall be deposited in the bank account of the Registrar General, Delhi High Court, maintained at the UCO Bank, Delhi High Court branch and shall be converted into an FDR on auto renewal mode, after the payment is made to the receivers and other expenses are met. The fee of the receivers shall be paid out of the deposits made in the Registrar General’s account.

d. The Receivers are free to finalise the modalities for counting of the offerings, and seek the assistance of any persons as they may deem fit for the said purpose.

e. A full account of all the offerings being received until 23rd April 2021, shall be filed before this Court.”

“…The Receivers shall also determine as to who is currently running the bari and the manner in which the same is being run, and shall file a detailed report to this effect, after the period of the bari is over on 22nd/23rd April, 2021. If the Receivers are unable to go to the Kalkaji Mandir on 17th April, 2021, due to the lock-down restrictions that have been imposed, they are permitted to do carry out the directions on 19th April, 2021.”

The matter would now be heard on May 10.

The petitioner has claimed that the respondent Mahender Kumar Pandey, not allowing him to claim his rightful share and is not being permitted to participate in the current Bari, which is rightfully determined by the trial court. He further prayed for appointment of Court receiver so that his rights qua the said bari are secured and it is ascertained as to how much money would be due to the petitioner, by virtue of his fare share. It has also been averred in the petition that respondent monopolised the entire Bari by use of force and is not permitting any other baridar to enjoy their Bari and rights at the Kalkaji Mandir.

“In view of this, it is prima facie clear at this stage, that Respondent No.1 seems to have monopolised the bari and the related rights, and is also not giving any proper accounts qua the said bari,”

-held by the Delhi High Court.