The petitioner stated that the documents produced by him show the prima facie of his case; if the defendants are continued in publishing/broadcasting/ telecasting any statement, which affects his public life, then irreparable loss will be caused to him 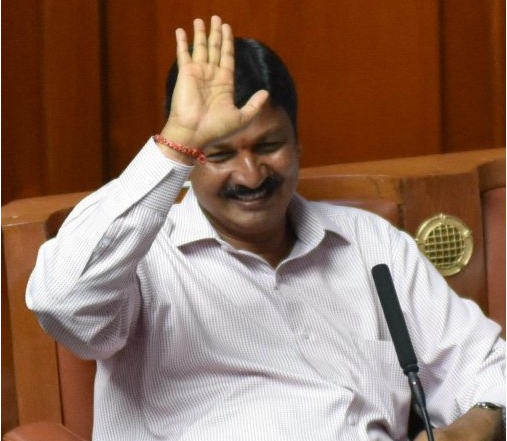 A Sessions Court in Karnataka has restrained media houses from either publishing or telecasting any defamatory material in relation to the Ramesh Jarkiholi sex scandal, against BJP lawmaker, MP Renukacharya.

The petitioner, in his affidavit, stated that he hails from a respectable family and he is in public life as a people’s representativ.

He said the defendant media organisations on July 21, 2021 published/telecast/broadcast defamatory statements regarding the alleged CD/explicit material on their platforms and channels referring him, which damaged his reputation. The defendants intended to malign his goodwill and reputation, which he earned by sacrificing his personal life for decades, Mr Renukacharya further alleged.

He said if the defendants were permitted to publish/broadcast/telecast such statements, then it would amount to lowering his dignity and the same may tarnish his image in his public life, said the petition. The defendants have no right to publish, telecast or broadcast any statement through CD etc, which touches his personal life, added the plea.

The petitioner further said that the documents produced by him shows the prima facie of his case; if the defendants are continued in publishing/broadcasting/ telecasting any statement, which affects his public life, then irreparable loss will be caused to him.

Therefore, it is necessary to restrain the defendants from publishing/telecasting or broadcasting the contents of any alleged CD or any other material by issuing an ad-interim ex-parte temporary injunction order.

The Counsel for the petitioner submitted that defendants being the legal entities from media and press, because of their TRP rate, were crossing their limit and tarnishing the image of public personalities. According to him, the petitioner is a reputed person, who is actively involved in politics. If defendants broadcast/telecast/publish any negative matter through an alleged CD or other materials, it impacts the public life of the plaintiff and collapses his political career.

He further submitted that the disposal of the suit would take some more time and hence, granting of an ad-interim ex-parte temporary injunction order is necessary till the disposal of suit.

“The plaint averments and documents produced reveals that plaintiff is a people’s representative elected to the Assembly of the State. The documents produced by the plaintiff reveal that some defendants broadcast the news, which seems to create a negative opinion about him. Thus, at this stage, it can be held that the plaintiff established a prima facie case”, the Court observed.

The Court said that the petitioner was seeking ad-interim ex-parte temporary injunction order against all the defendants, but he did not produce the required materials, which shows that all the defendants are going to publish/broadcast/ telecast the statements, which defame and derogate his image.

The Counsel for the petitioner argued that tge petitioner is under apprehension that the other defendants, because of competition in their field in respect of TRP, may publish/broadcast/telecast similar statements. Hence, the plaintiff is seeking injunction order against all the defendants.

The Court stated that freedom of speech and expression is a fundamental right, as guaranteed by the Constitution. There is no doubt the defendants being the legal entities from press and media, are having the said fundamental right. But, the said right should be exercised carefully and cautiously as the same is subject to limitations and restrictions. The plaintiff’s pleadings reveal that he is in public life elected to the Assembly.

Under the circumstances, if defendants by taking undue advantage of the said fundamental right of freedom of speech and expression, published/telecasted/broadcasted any derogatory or defamatory statement against the plaintiff or repeated the same, then it would damage his political career and thereby would cause irreparable loss to him, the Court said.

Also Read: Gauhati High Court pulls up Assam govt over vaccination of those without proper ID

“Defendants have to enjoy their fundamental right of freedom of speech and expression as per the dictum laid down by the Supreme Court. Defendants cannot cross their limit in publishing or telecasting or broadcasting any statements or articles which haters, ridiculous and insults a person. In the case the pleadings of plaintiff and the documents produced by him discloses that defendants are going to publish /telecast/broadcast the negative statements through an alleged CD against him.

Hence, it is just and necessary to restrain the defendants from publishing /telecasting /broadcasting the negative statements about plaintiff”, the order reads.

“Defendants and any body on their behalf are hereby restrained by an order of ad-interim ex-parte temporary injunction from publishing/telecasting/broadcasting/ disseminating/distributing any statement or contents of an alleged CD or any other material referring the plaintiff negatively defaming him or creating a sarcastic views about him in any manner including showing the footages and pictures, till next date of hearing. Plaintiff is hereby directed to comply with Order XXXIX Rule 3 CPC”, the Court ordered.

Did you find apk for android? You can find new Free Android Games and apps.
Share
Facebook
Twitter
Pinterest
WhatsApp
Previous articleGauhati High Court pulls up Assam govt over vaccination of those without proper ID
Next articleThe War Within