The Court made the above observation while quashing the transfer of a private respondent, who has been brought in the petitioner’s place. 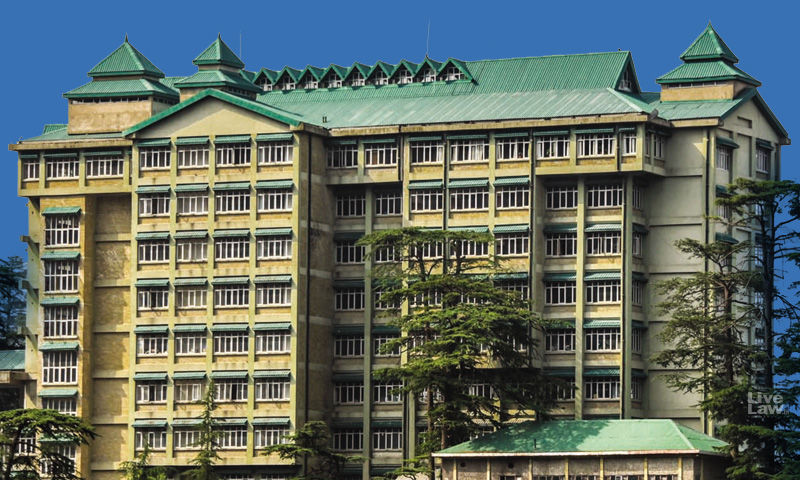 The Himachal Pradesh High Court has said that the “posting of both husband and wife in a place, where husband would be the Reporting Officer of his wife’s Annual Confidential Reports, is neither desirable nor warranted”.

The Court made the above observation while quashing the transfer of a private respondent, who has been brought in the petitioner’s place. The state has transferred petitioner Sanjay Parmar from District Planning Cell, Una, and posted him at Planning Headquarters, Shimla.

Questioning this transfer on behalf of the petitioner, it is submitted that the petitioner has not as yet completed his normal tenure of three years at the present place of posting, therefore, the transfer order is bad in the eyes of law.

“6. Postings of near relatives: As far as possible, father-son, elder brother, wife and near relatives may not be posted in an office and in different offices of a department, where they are supposed to have work together or subordinate to each other. This will not be applicable to the non-administrative posts like doctors etc.”

On behalf of the respondent-state, it was pointed out that even during the ban period, transfers can be ordered with the approval of the competent authority. Next, it is submitted that the Petitioner is a Class-I Officer, therefore, Clause 10 of the transfer policy, prescribing normal tenure of three years of service at a particular place, will not be applicable in his case. It was also submitted that the private respondent, as well as his wife, both are holding non-administrative posts, therefore, Clause 6 relied upon by the petitioner will not be attracted.

The Division Bench of Justice Ravi Malimath and Justice Jyotsna Rewal Dua held that the transfer has been ordered with the approval of the competent authority. It is also apparent from the records that the private respondent has been posted at District Planning Cell, Una, where his wife is already serving as the Assistant Research Officer.

The Court observed that though, as per the submissions made by the state, both Private Respondent as well as his wife are holding non-administrative posts, yet it is an admitted fact that the Private Respondent, on his transfer to District Planning Cell, Una, would become the reporting officer in respect of writing ACRs of his wife.

Posting of both husband and wife in a place, where husband would be the Reporting Officer of his wife’s Annual Confidential Reports, is neither desirable nor warranted, it said.

The bench said that this setting would be contrary to the principles of natural justice. Therefore, the transfer of the private respondent to the District Planning Cell, Una, where his wife is already posted as Assistant Research Officer, cannot be sustained, the Court said.

It was further observed by the Court that it also cannot ignore the fact that the Petitioner is a Class-I Officer, therefore, Clause 10 of the transfer policy prescribing minimum tenure of three years of service will not be applicable to him. Even otherwise, the Petitioner, as per his own admission, has completed two years and nine months of stay in his present place of posting and previously also, he has remained posted at Una with effect from 2011 to 2017. The transfer of petitioner outside Una is justified in the facts of the case.

The Court, while disposing of the petition, said that it did not find any fault in the transfer of petitioner outside District Una.

However, “we quash the transfer of respondent No 2 (Private Respondent) as District Planning Officer, Una and direct respondent No 1 (State) to consider the matter of transfer and posting of respondent No 2 afresh, keeping in view the observations made hereinabove. This exercise be completed within a period of four weeks from today. Till then, status quo as existing on date be maintained” , the order read.