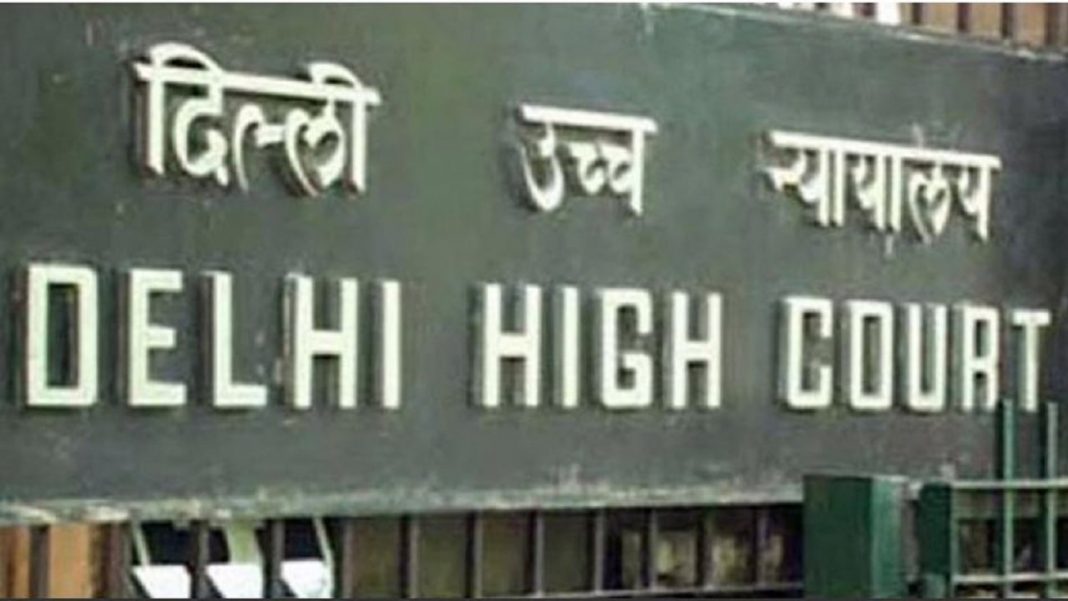 The Delhi High Court on March 15 directed the respondents to grant permission to the petitioner institute (Santosh Trust, formerly known as the Maharaji Educational Trust) to increase the seats from 4 to 7 in MS (Obstetrics & Gynaecology), from 3 to 7 in MS (Orthopaedics), and from 100-150 in the MBBS course .

A Single Bench of Rekha Palli  quashed the two  orders dated 20.01.2022 and  25.01.2022 passed by the National Medical Commission (NMC) rejecting the petitioners’ request for grant of permission for increase of seats in the Bachelor of Medicine and Bachelor of Surgery (MBBS) course as also in post-graduate courses of MS (Obstetrics & Gynaecology) and MS (Orthopaedics).

The petitioners also challenged the order dated 22.12.2021 vide which the respondents had directed an interim inspection of the said college for continuation of its existing recognition for 100 MBBS seats.

According to the Petitioners the  two impugned orders dated 20.01.2022 are based on almost identical grounds i.e., reduction of workload and less clinical work with a very low bed occupancy. Insofar as the impugned order dated 25.01.2022 is concerned, the same is based on complaints stated to have been received against the petitioners, as also the pendency of some Court cases against them.

While considering the petition , the High Court referred  in Mohinder Singh Gill (supra), the Supreme Court laid down the broad principle that the validity of an order must be tested by the reasons mentioned therein and the authority cannot be allowed to supplement new reasons to defend the same. However, when public interest is involved, facts emerging from subsequent events can be looked into.

Also read: India Legal Editor Inderjit Badhwar on the BJP’s win in Uttar Pradesh, what worked for it and where pundits went wrong

The Court observed that in the present case, the petitioner is seeking permission for the enhancement of seats in a medical college. It is a well-known fact that in our country, a large number of aspirants, desirous of seeking medical education, apply every year for each additional seat and undoubtedly, admission to these medical colleges is much sought after. These medical colleges are also therefore, shouldered with the responsibility to provide quality medical education to its students and also ensure that the standards of professional ethics as required in the medical profession are adhered to.

In the opinion of the Court there can be no doubt about the fact that there is an element of public interest in the decision taken by the respondents. It has been urged by the respondents that if the allegations made in the complaints against the petitioner institute are found to be correct, the career of students who seek admission in the college would be at stake and therefore, they were justified in rejecting the petitioners’ application on the basis of subsequent material, which though already mentioned in one of the impugned orders i.e., 25.01.2022 has now been explained in detail.

The Court further observed  that the petitioner institute is an institution running for the last 28 years having produced a considerable number of doctors for the country, which is still unable to meet the aspirations of the younger generation to pursue medical studies. It is the respondents’ own case that the petitioner institute has a valid permission for admitting students not only against 100 seats in MBBS but also in different PG courses.

The Bench  therefore, finds merit in the petitioners’ plea that these complaints, which are yet to be verified by the respondents, cannot be a ground to either presume that any illegalities are being committed by the college or the Trust or to refuse permission for enhancement of seats despite the availability of the necessary infrastructure. Merely because the petitioners are still trying to pursue its legal remedies against the illegal demands it cannot be construed that the petitioners are unable to discharge its financial liabilities. Furthermore, the auction notices issued by the DRT proposed to sell the petitioner institute as a running college and therefore, the addition of a few more seats, is only likely to add to its value.

“Moreover, the impugned orders have been passed without granting any opportunity to explain their stand on the complaints and the Court cases. Had the petitioners been granted an opportunity to respond to the allegations contained in the complaints, the result, in all likelihood, could have been different. It is thus evident that the respondents’ decision to reject the petitioners’ request for increase in seats in MBBS and the two PG courses on account of the pending complaints and Court cases, has been arrived at by not only ignoring crucial factors, including the interim stay granted by the Apex Court on 28.10.2021, but also in gross violation of the principles of natural justice. I am therefore of the considered view that the decision of the respondents to reject the petitioner’s request on the ground of pending complaints and court cases having been passed without consideration of all relevant aspects and without following the principles of natural justice, is perverse.”

The High Court also noted the fact that on account of the lack of adequate number of medical institutions providing quality affordable education to cater to the needs of the aspiring students, they are often compelled to make the choice of leaving behind their home country and pursuing their studies abroad. This reality has especially become a cause of concern at a time when due to the conflict between Ukraine and Russia, several thousand Indian medical students, who had gone to pursue their medical education in the now war-hit Ukraine have been rescued and brought home, have also lost their seats in medical colleges. No doubt the respondents cannot be asked to lower the standards prescribed under the regulations however, simultaneously, in a situation like the present, when it is found that an institute like the petitioner which has been running for the last more than 20 years is not lacking in any infrastructure and has also rectified the deficiencies which were found at the time of initial inspections, that too when the said deficiencies were only on account of the Covid pandemic, it would also be against public interest to deny permission to the petitioner to increase the seats. At a time when the ratio of medical profession as vis-a-vis the population of the country is abysmally low, an increase in the number of PG and UG seats would certainly contribute to the bigger goal of strengthening the medical infrastructure of the country, the Court held.

For the aforesaid reasons, the two impugned orders dated 20.01.2022, as also the order dated 25.01.2022, are unsustainable and are accordingly quashed by the Court .