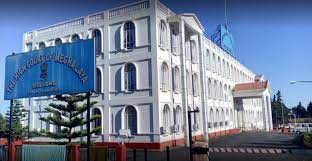 The Meghalaya High Court has upheld the conviction of a man for raping a seven-year-old girl on the grounds that even the slightest penetration of male sexual organ inside vagina constitutes the offence of aggravated penetrative sexual assault under Section 5(m) of the Protection of Children from Sexual Offences (POCSO) Act.

The order was passed by the Bench of Chief Justice Sanjib Banerjee and Justice Wanlura Diengdoh, after observing that the offence under the POCSO Act did not require deep or complete penetration of penis inside vagina.

Stating that medical examination report had revealed penetration, the Bench ruled that penetrative sexual assault did not require deep or complete penetration, even the slightest amount of penetration would suffice for the purpose of relevant provision.

In 2018, the survivor’s mother had filed a first information report (FIR), alleging that the appellant-accused had raped her seven-and-a-half-year-old daughter.

As per the examiner in the medical report, there were signs suggestive of recent vaginal penetration.

However, a caveat was issued by the examiner, stating that the final opinion would be expressed after the receipt of report from the forensic science laboratory.

The Trial Court had sentenced the accused-appellant for aggravated penetrative sexual assault to 15 years’ rigorous imprisonment under the POCSO Act.

The accused moved the High Court, contending that he was not medically examined to ascertain whether or not he was capable of sexual intercourse, given that he was 60-year-old at the time of the incident.

The accused further said that since the medical examination of the survivor was conducted more than 24 hours after the alleged incident, the report saying that the survivor was sexually assaulted would not cover the time of the incident.

As per the HIgh Court, during the trial, the survivor recounted the incident that took place almost four years ago and nearly perfectly corroborated the statement she had rendered under Section 164 of the Code of Criminal Procedure (CrPC).

It further noted that the accused made contradictory statements in his examination under Section 313 of Code of Criminal Procedure, thus establishing his guilt.

It ruled that although the survivor’s hymen was intact, the fact pertaining to penetration was medically established. Further, the assertion by defence that medical examination was conducted long after the time of incident was baseless.

The Bench observed that the appellant should have been medically examined to ascertain whether or not he was capable of maintaining an erection, given his age.

However, the case made out could not be thrown out merely because the investigating agency may not have been alert.

The Court dismissed the appeal of the accused, after observing that the trial court was justified in concluding that the appellant’s guilt was established beyond reasonable doubt.

It said there was no merit in the appeal and no cause for interference with either the judgement of conviction or the consequent sentence awarded to the appellant.

The Meghalaya government was represented by Advocate R. Gurung, while  Advocates HR Nath and R Biswa appeared for the appellant-accused.

Did you find apk for android? You can find new Free Android Games and apps.
Share
Facebook
Twitter
Pinterest
WhatsApp
Previous articleDelhi High Court directs NIC Natural Ice Creams not to use trademark of NATURALS
Next articleSupreme Court stays shifting of Vasant Kunj crematorium, orders its conversion into an electric one