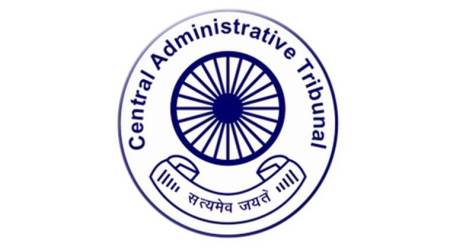 The Central Administrative Tribunal (CAT), Bangalore Bench has dismissed the application of a senior Karnataka government official from a list of shortlisted candidates for IAS, where he had proposed the recommendation of his name to the Union Public Service Commission (UPSC) to consider for elevation to the IAS. The applicant, a Karnataka government deputy director-rank officer, did so after a shortlisted candidate withdrew his candidature on his promotion as Engineer-in-Chief, and based on the recommendations of the Screening Committee the State Government forwarded the applicant’s name to Union Public Service Commission since shortlisted names would have been 14 as against the permissible limit of 15. The UPSC did not consider the applicant on receipt of the names of the shortlisted candidates as it was not sent within the stipulated timeframe.

A division bench comprising of Justices’ Suresh Kumar Monga and  Mohd. Jamshed noted, “It is beyond our comprehension that what prompted the Principal Secretary to Government in the Department of Commerce and Industries to initiate such a proposal when the list of 15 candidates had already been forwarded by the State Government to Union Public Service Commission. It appears that the Principal Secretary to Government, Department of Commerce and Industries was totally unmindful of the fact that while issuing U.O. Note dated 06.05.2017, the Department of Personnel and  Administrative Reforms (Nodal Agency) had clearly enumerated that the last date for submission of proposals by the Administrative Departments is one month from the date of receipt of the said U.O. Note. It was further stipulated therein that the incomplete proposals or the proposals received after the due date will not be considered. The record reveals that the last date for receipt of proposals was further extended uptil 30.06.2017 by way of a subsequent communication dated 19.06.2017,”

“The Central Government, while deriving the powers under Section 3 of the All India Services Act, 1951, promulgated the Indian Administrative Service (Recruitment Rules), 1954. As per Rule 8(2) of the said Rules, the mode of recruitment to Indian Administrative Service under the ‘1997 Regulations’ has been prescribed. It has been prescribed therein that the Central Government may, in special circumstances and with the recommendations of the State Government concerned and in consultation with the Union Public Service Commission, from time to time, make recruitment to the service of any person of outstanding ability and merit serving in connection with the affairs of the State and who is not a member of the State Civil Service of that State”- the bench observed.

The Union Public Service Commission, however, while noticing various deficiencies in the said proposal, vide its communication dated 27.12.2017 requested the State Government to rectify those deficiencies so that the Selection Committee meeting could be convened as per the ‘1997 Regulations’.

In response thereto, the State Government vide its letter dated 29.12.2017, rectified the deficiencies and requested the Union Public Service Commission to hold the meeting of the Selection Committee. However, the Union Public Service Commission, finding it impracticable to hold the meeting by end of December, 2017, invoked the provisions of Regulation 5(c) of the ‘1997 Regulations’ and issued a communication in this regard on 03.01.2018.

The bench remarked, “We do not see any illegality in the said decision taken by the Union Public Service Commission. It is well established by now in service jurisprudence that every selection process involves number of elements like issuance of notification/advertisement specifying therein the qualifications and criteria, last date for entertaining the applications etc. The most important element in the process is the fixation of the last date for entertaining the applications of the aspiring candidates. This is necessary since it would be the cut-off date for determining the eligibility criteria, be it experience or qualification as held in Rekha Chaturvedi vs. University of Rajasthan, 1993 Supp (3) SCC 168 and Mills Douglas Michal vs. Union of India, 1996(2) SCT 607. Those who are desirous of submitting their applications are put on notice that they should submit their applications within the time fixed for the purpose.”

The State Government vide letter dated 22.03.2019, requested the Union Public Service Commission to consider the names of 14 officers out of 15 Non-SCS officers proposed earlier vide letter dated 26.12.2017 for preparation of the Select List-2016 excluding the name of K.R. Rudrappa against whom disciplinary proceedings were initiated subsequently on 16.02.2019. Accordingly, the meeting of Selection Committee was scheduled for 07.05.2019 to consider the names of 14 officers for preparation of Select List-2016.

The bench noted further, “One more glaring fact which could be noticed from the records produced by the respondents is that Sh. B.G. Gurupadaswamy whose name was included in the list of 15 candidates forwarded on 14.11.2019, did not withdraw his candidature uptil the time when the communication dated 14.11.2019 was initiated by the Principal Secretary to Government, Department of Commerce and Industries. Sh. Gurupadaswamy had actually withdrawn his candidature on 29.11.2019 and before that, a list of 15 candidates including his name was before the Union Public Service Commission,”

The court concluded saying, “In our considered opinion, such an action cannot be construed to be a bonafide exercise of power and the same cannot stand the scrutiny of Article 14 of the Constitution of India. The action of the Principal Secretary to Government, Department of Commerce and Industries, while initiating the proposal of the applicant’s name on 14.11.2019 was illegal right from its inception and, therefore, there was no occasion with the Screening Committee to consider his name in its meeting held on 11.12.2019,”

“In view of the principles laid down by the Hon’ble Supreme Court in Rekha Chaturvedi (supra) and Mills Douglas Michal (supra), in our considered view, the applicant’s candidature could not have been considered by the Screening Committee on 11.12.2019 and, therefore, no falsity can be found with the decision taken by the Union Public Service Commission excluding the applicant’s name from the list forwarded by the State Government.”- the order reads.

Here, the case of the applicant herein is that he joined the services of the State of Karnataka on 05.04.1994 as Assistant Director in the Department of Commerce and Industries which is not a State Civil Service. He came to be promoted as Deputy Director in the Department of Commerce and Industries vide notification dated 28.07.2001. Post of the Deputy Director is a Group ‘A’ Gazetted post which is considered to be equivalent to the post of Deputy Director for the purposes of selection to Indian Administrative Service and the applicant herein holds the said post in a substantive capacity.

The grievance of the applicant herein is that the Union Public Service Commission, without considering the settled law with regard to prescription of last date for submission of proposals, has issued a communication dated 22.06.2020 wherein it is stated that the Selection Committee shall consider the names submitted by the State Government excluding the name of the applicant herein (14 out of 15) for preparation of Select List-2016. A prayer has, thus, been made for quashing the said communication dated 22.06.2020 and also for issuance of directions to Union Public Service Commission to consider his name for preparation of Select List-2016.