Bombay High Court Chief Justice Dipankar Dutta made these stern remarks during arguments and said no police officer, minister or politician is above the law. 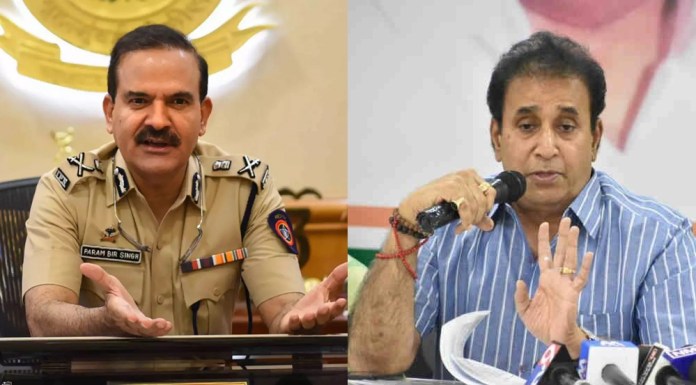 The Bombay High Court on Wednesday heard the petition filed by former Mumbai Police Commissioner Param Bir Singh against alleged malpractices by Maharashtra Home Minister Anil Deshmukh in which he has sought a CBI investigation. The Court while hearing the petition asked Singh why he didn’t file an FIR against the minister and why he didn’t approach the police or the CBI before bringing the matter to the courts.

Bombay High Court Chief Justice Dipankar Dutta made these stern remarks during arguments and said no police officer, minister or politician is above the law. He said why should the law be set aside for a police commissioner. Singh should not view himself so high, the law is above him, Justice Dutta said.

Contemplating whether Singh’s plea against Deshmukh is maintainable or not, the court said that it will address the matter on two aspects – is the PIL maintainable and can the court direct investigation without an FIR.

Param Bir Singh, who was recently replaced as Mumbai Police chief and transferred to the Home Guard Department, had alleged in a letter to Maharashtra Chief Minister Uddhav Thackeray that Anil Deshmukh is involved in malpractices. In the letter, Singh said Deshmukh had asked arrested police officer Sachin Vaze to collect Rs 100 crore every month from bars and restaurants. Singh was transferred to the Home Guards in the backdrop of the Mukesh Ambani bomb scare case.

Singh told the court that these hard facts are coming from a person who has served for more than 30 years on the highest post in the police force in Mumbai.

There has to be an FIR to investigate. Who stopped Singh from filing an FIR? Prima facie observation is there can be no investigation without an FIR. How can the case be handed over to CBI when there’s no FIR? the court said.

When Singh argued that even a simple letter to the judges can become a PIL, the court reminded him that he is a police officer. If he finds an offence has been committed, he is duty bound to file an FIR. Why did he not do it, asked the court. Simply writing letters to the Chief Minister won’t do, the court said.

The Court also asked Singh to show the complaint first hand and affidavits from Vaze and other officers that the Home Minister said this in their presence.

To which, the former police chief said he had discussed the subject with Chief Minister Uddhav Thackeray, Deputy Chief Minister Ajit Pawar and Nationalist Congress Party (NCP) chief Sharad Pawar but his pleas have not been paid heed to.