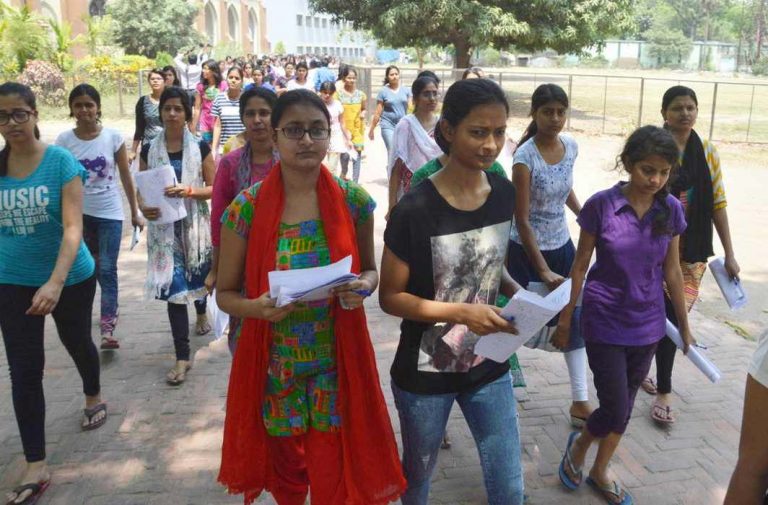 Above: Above: Candidates coming out the examination centre after appearing for NEET exam, in Patna (file picture). Photo: UNI

The Patna High Court while hearing a writ petition filed by the Association of Private Unani Medical Colleges in the State of Bihar through its secretary Mohd Shafiur Rahman held that NEET is not compulsory for admission to AYUSH Courses. The petition was against the press communiqué issued by the state government of Bihar on March 23, 2018 which stated that admission to Ayurvedic, Yoga and Naturopathy, Unani, Siddha and Homeopathy (AYUSH) Courses shall from the academic year 2018-2019 be allowed only through National Eligibility-cum-Entrance Test (NEET).

The counsel appearing for the petitioner argued that the admission notice through NEET (UG-2018) was issued only for MBBS and BDS courses and no specification was made for AYUSH courses. Moreover since the last date for submission of the application in pursuance of the NEET UG-2018 notice was March 9, 2018, whereas the press communiqué was issued on March 19, 2018, hence it was not possible for the candidates desiring admission in AYUSH courses to apply through NEET.

Delivering the judgment, Justice Chakradhari Sharan Singh said “…I am of the considered view that NEET could not be said to be compulsory for AYUSH (UG) Courses till necessary amendments are  introduced in the Act and Regulations governing admission. The decision of the Union Government to provide NEET as compulsory for admission to AYUSH (UG) Courses, in my view, is unauthorised and contrary to the Regulations framed under Indian Medicine Central Vouncil Act, 1970. Letter dated 12.02.2018 of the Central Government is accordingly set aside. The press communiqué dated 23.03.2018 issued by the State Government of Bihar (Annexure-11) is consequently not sustainable and is accordingly quashed.”

The court however taking into consideration the fact that Bachelor of Unani Medicine and Surgery Course is a professional course, hence the admission in these courses should be made in a fair and transparent manner and in order to curb malpractices the Supreme Court has given emphasis on the need to hold common entrance test for admission to professional courses. The court hence suggested that the common entrance test can either be conducted by the central or the state governments or their agencies and if not so the Association of the Institutions imparting course of Bachelor of Unani Medicine and Surgery, may conduct the common entrance test with the approval of the Central or the State Government or the Central Council of Indian Medicine.