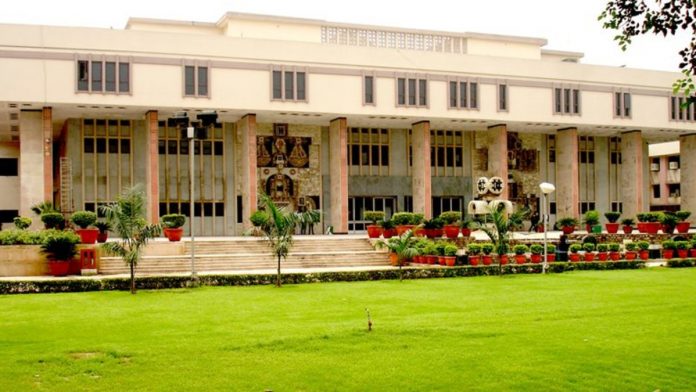 A public interest litigation has been filed in the Delhi High Court seeking uniform implementation of National Litigation Policy for the purpose of curing judicial delay and huge arrears in the legal system.

The petition has been filed by Dr N. Bhaskara Rao and Shanmuga Patro seeking direction to the Central and Delhi Government to uniformly implement National Litigation Policy (NLP) in its totality, stating, “Unless something is done about it, the whole system will get crushed under its weight (the problem of judicial delay and huge arrears).”

The plea said, “NLP was formulated with the purpose that the Government should not involve in frivolous litigation, especially where the stakes are not high. The policy aimed to transform the government into an efficient and responsible litigant. The underlying purpose of the policy is to reduce government litigation in Courts so that valuable court time is spent in resolving other pending issues to enable the average pendency of a case in a court reduced from 15 years to 3 years.”

The plea alleged, “Union of India, however, is not adhering to its own aforesaid Policy; neither it is implementing the policy uniformly not in totality, thereby causing great injustice to poor.”

The matter was scheduled to be heard on Monday by the bench of Chief Justice D.N. Patel and Justice Prateek Jalan but due to unavailability of the bench, the matter will be heard on January 13.