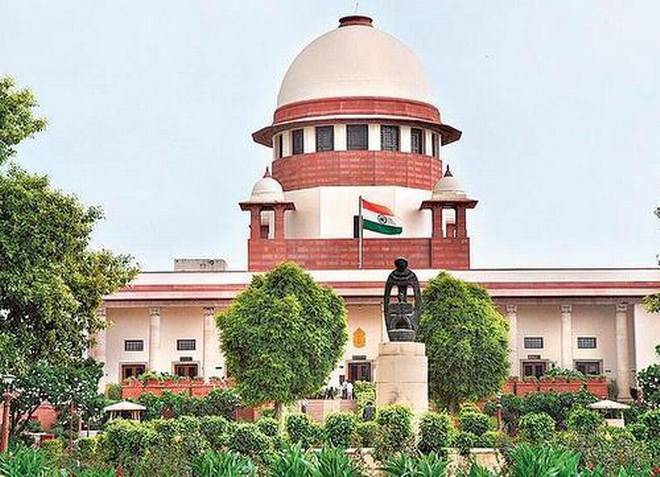 A petition has been filed in Supreme Court seeking directions to Central Government for issuing guidelines to prevent attacks and stigmatization of communities based on profiling done on religion, community or caste.

The Petition has been filed by Ms. Aanchal Singh, Mohammad Wasim and Disha Wadekar who said that viruses and bacteria do not discriminate, but society does and it leaves already vulnerable population at greater risk.

Formulation of an advisory to “address Social stigma” associated with Covid-19 has been prayed for and Petitioners have also asked for its stringent enforcement.

The petition states that “Existing social schisms in society are widened during crisis situation like that of Corona virus disease 2019 pandemic. This renders the already vulnerable population of of race, religious, caste and sexual minorities etc to even greater threat of being socially boycotted and ostracized resulting in essential services including healthcare inaccessible to them”

The petition further states about fake news and hate messages surrounding Tablighi Jamaat calling them super-spreaders and highlights the maligning of Muslim community due to it. It has led to community specific bias and prejudice and denial of healthcare facilities to people from Muslim community as per the Petitioner. The Petition also highlights the instances of associating north eastern people of India with Coronavirus.

Petitioner states that “Such racial and community profiling has led to hate and mental abuse with slurs like “mulla”, “tablighia”, “terrorists” etc. for the persons of Muslim community whereas “corona”, “virus” for the persons of North eastern States….A variety of fake news and rumours related to coronavirus have been spread against Muslims of India under hashtags such as #CORONAJIHAD and #NizammudinIdiot and hate-filled slurs such as “Covid terrorists” and “Covid Bioweapons”.

Profiling is antithesis to Constitutional Right to Life, Right to livelihood and Right to equality and requires immediate intervention of Court. Petition reads, “Loss of life, livelihood and dignity for members of such communities due to social boycott vitiates guarantees of right to life with dignity and right to livelihood under Articles 21 and 19 of the Constitution of India. This is matter of grave concern and needs to be addressed forthwith. This kind of social boycott on grounds ‘only’ of religion, race, caste, sex etc is discriminatory and erodes protection of Article 14 of Constitution”

The petitioner has prayed for replacing words like “social distancing” with “physical distancing” or  “disease distancing” as callous use of phrases during fight against Covid19 may have serious consequences of leaving behind legacy of “untouchability, social boycott and ostracism. Petition emphasizes upon necessity that humanity supersedes all religious beliefs and that Government must take steps to curb spread of Covid-19 for all citizens and not ignore elements which perpetuate hate.