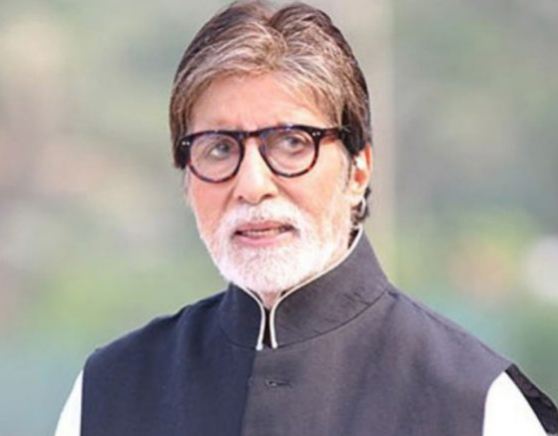 The High Court of Delhi on Friday passed ad interim ex parte injunction on Friday, restraining people from using the photographs and voice of veteran actor Amitabh Bachchan without his permission.

The order was passed by the Single-Judge Bench of Justice Navin Chawla on a suit filed by the actor, seeking protection of his publicity rights against fake lottery scams and other frauds being run in the name of Kaun Banega Crorepati (KBC), a game show he has been hosting for the past 22 years.

The actor has sought damages in the suit worth more than Rs two crore in his favour and against the defendants, on account of loss of his reputation and goodwill.

He further sought direction to the Department of Telecommunication (DoT) and the Ministry of Electronics and Information Technology (MeitY) to pull down all the links and websites, which unlawfully infringed the actor’s personality and publicity rights.

Directions were also sought to the Telecom Service Providers to block access to all phone numbers used by the defendants to circulate messages on WhatsApp.

Stating that the defendants appeared to be using Bachachan’s celebrity status without his authorisation or permission, Justice Chawla noted that the activities being complained of brought disrepute to the actor.

He alleged that the photographs, voice and other personal attributes of the actor were being used without his consent and that various scams were going on in the country in the name of both KBC and Amitabh Bachchan.

Salve contended that there were fake lucky draws, lotteries and even Amitabh Bachchan Video Call, which used the photograph of the actor and even copied the logo of KBC.

Submitting that the actor came to know about the frauds in October, the Senior Advocate said that there were some complaints regarding this lottery, which itself looked like some kind of scam. Someone has been collecting money, but no one has ever won, noted Salve.

He said that when someone called, a photograph of the actor would show up, then there was a fake voice, someone sounding like Amitabh Bachchan.

As per the Senior Advocate, some of the defendants had even printed the actor’s photograph in t-shirts and registered domain names like amitabhbachchan.com and amitabhbachchan.in.

Asserting that nobody had the right to do this, Salve gave details of the defendants.

Defendant no. 1 (Rajat Nagi) He was allegedly operating websites and mobile apps by misappropriating the actor’s photographs or other characteristics.

Defendant no. 2 (Rana Partab Singh) He was allegedly found circulating messages through Whatsapp in which the actor’s photograph was affixed along with an infringing text about KBC Lotteries.

Defendant no. 4 (Swag Shirts) An entity was allegedly found dealing in T-shirts through its website https://www.swagshirts99.com, prominently bearing actor’s photographs on clothing items.

Defendant no. 5 (Tamatina) An entity was allegedly found dealing in wall posters bearing the actor’s photographs and likeness.

Defendant no. 6 (Raghu Sharma): A domain name registrant of the website www.amitabhbachchan.com

Defendant no. 8 (Mahesh Patel) Registrant of the domain name www.amitabhbachchan.in