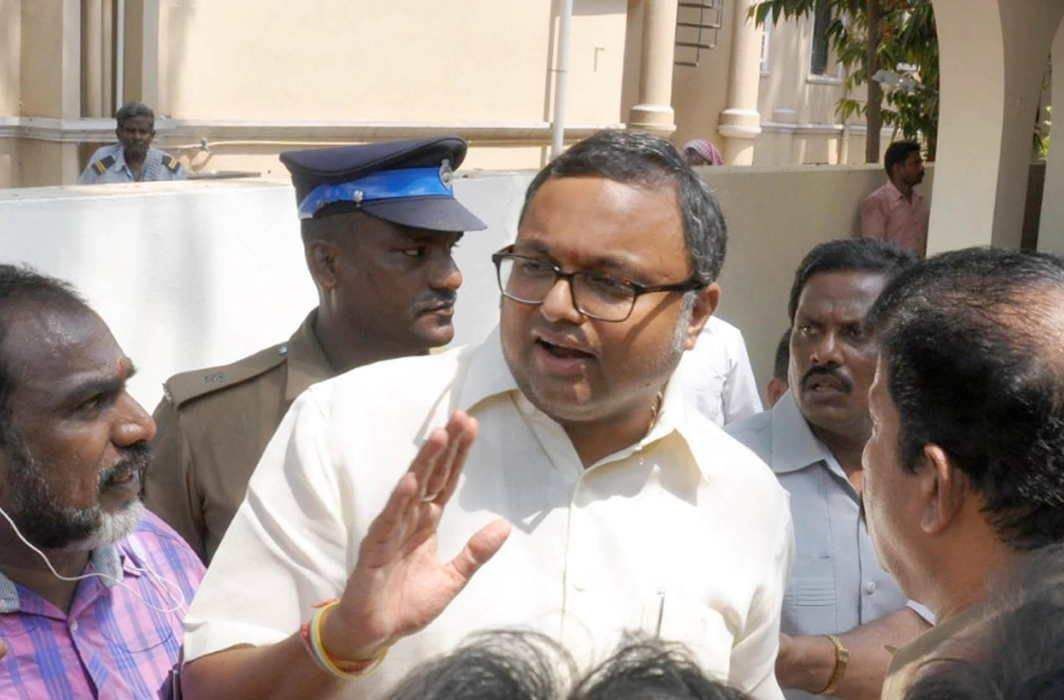 The Rouse Avenue Court of Special Judge M.K. Nagpal, while setting June 3 for the pronouncement of judgement, said the interim protection from arrest will continue.

The Enforcement Directorate (ED) on Monday filed its reply in the court, opposing the interim bail of Karti P Chidambaram.

ED said granting interim bail to Karti will hinder the investigation and the agency will not be able to find out where the money went.

Also, the interim bail plea filed by Karti was not maintainable, as the period of stay on the arrest of the Congress MP was ending on May 30, which was today, ED noted.

Close on the heels of the Central Bureau of Investigation (CBI), a case of money laundering was registered against Karti.

ED had registered the case under Sections of the Prevention of Money Laundering Act (PMLA), taking cognisance of the FIR registered by CBI.

ED has accused him of taking Rs 50 lakh bribe from a Punjab-based firm through his associate, for facilitation of visas of 263 Chinese nationals.

The agency said under Section 19, there has to be a finding before any arrest can be made. ED said they will not arrest, till there is a finding, adding that they were yet to receive papers from the Investigation Officer (IO).

The Public prosecutor, who represented the ED, said there was no material before them, as of on Monday.