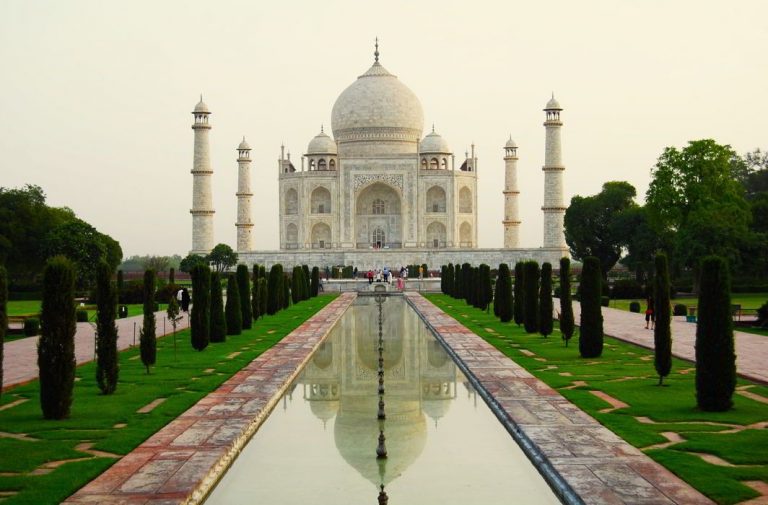 The Supreme Court bench of Justices Madan B Lokur and Deepak Gupta on Wednesday (July 11) cancelled all industrial expansion plans that the government had allowed in the Taj Trapezium (TTz) zone, despite the government saying that these expansions have been allowed on a pick and choose basis and not en masse.

The court asked how is it that foundries and other polluting industries are still being allowed to function within this delicate environmental zone which was created to protect the Taj Mahal. The court cited the case of the Eiffel Tower in Paris, where every year 80 million tourists come to visit just that. In comparison, the Taj, one of the Seven Winders of the World, is visited by only 10 million.

The case came off a petition by environment activist and senior lawyer MC Mehta regarding the deteriorating beauty of the Taj Mahal and to invoke the Air (Prevention And Control Of Pollution) Act 1981 and Water ( Prevention And Control Of Pollution) Act 1974 and Environmental Protection Act 1986 for the purpose of relocation of 292 factories to prevent emission by coke or coal consuming factories having a damage effect on the Taj. This is for those living in the Taj Trapezium zone, and the petition was also to further direct them to switch to natural gas as industrial fuel.

According to the petitioner the foundries, chemical/ hazardous industries and the refinery at Mathura were the major sources to damage to the Taj. The sulphur dioxide emitted by Mathura refinery and other industries when combined with oxygen with the aid of oxygen in the atmosphere formed sulphuric acid called acid rain which has a corroding effect on the gleaming white marble. Industry/refinery emissions, brick kilns, vehicular traffic and generator set were all responsible for polluting the ambient air around the Taj Trapezium Zone.

In this case Four NEERI Reports, Two Varadharajan Reports and Several Reports by the State Pollution Control Board were presented. After examining all the reports and taking into the consideration other material on the record, the court has no hesitation in holding that the industries in TTz were active contributor to the pollution in the said area.

Today, Additional Solicitor General Atmaram Nadkarni, appearing for the Union of India, submitted that the government form a special committee on the direction of Ministry of Environment and Forests and an affidavit be submitted in court that the Moef took serious note on polluting water in the TTz area.

Nadkarni said that status quo has been enforced.

The court asked, why were people applying for expansion of industries in the TTz? As per the application filed on May 4, the counsel appearing for the chamber of commerce said that TTz was allowing industries for expansion on pick-and-choose basis. However, the court said that industries within the TTz have to be shut down.

With this the court cancelled the expansion order of TTz and issued notice to TTz to explain why this court order was not followed and why was the expansion allowed to some industries without permission of this court.

The authorities put up a plea, saying that there was no money. At this the court cited the example of the Eiffel Tower and said that there already existed a regular source of income and this has tobe taken into consideration.

The matter has been listed for July 31.