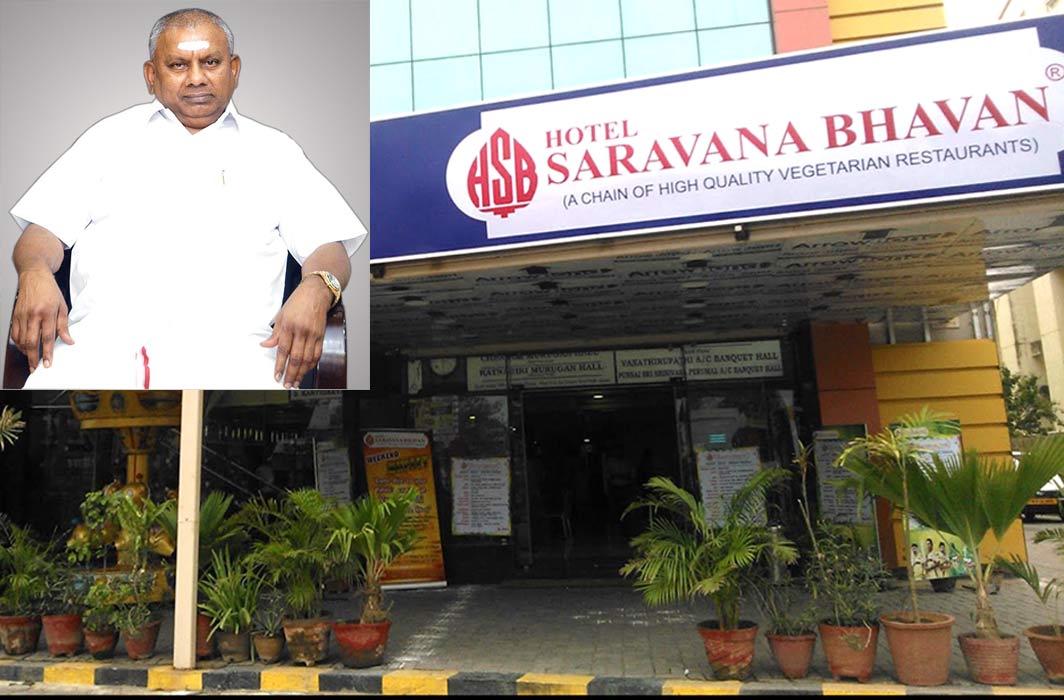 The Supreme Court on Friday upheld the conviction and life sentence of P Rajagopal, the owner of the Saravana Bhavan  group of restaurants for the murder of an employee of  his hotel in 2001.

The apex has asked Rajagopal, who has been out on bail since 2009 to surrender by July 9.  The Madras High Court had in 2009 sentenced him to life imprisonment for murdering Santhakumar  his employee. Rajagopal is alleged to have hired eight henchmen to  to do the job. Santhakumar was  a teacher had and Rajagopal wanted to marry  his wife , reportedsly on astrologer’s advice.

In October 2001, Santhakumar was abducted and murdered by the henchmen and his body was found in the hill station of Kodaikanal. Three years later, in 2004, the hotelier was found guilty by a sessions court and sentenced to 10 years rigorous imprisonment and was upheld by the Madras Hc. He later got bail from the SC.