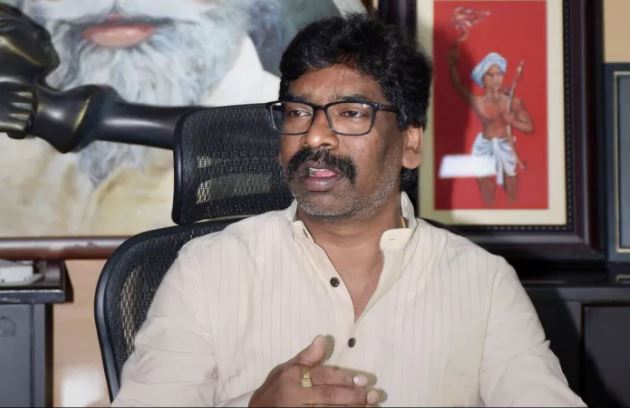 The Supreme Court of India has refused to stay the proceedings before the Jharkhand High Court against the State’s Chief Minister Hemant Soren .

The CM Hemant Soren is alleged of money laundering, embezzlement of funds and irregularities in granting mining leases.

The plea was heard by the bench of Justices JK Maheshwari and Justice Hima Kohli on the maintainability of the public interest litigation petition against Soren.

“We are keeping it open. Approach High Court and raise when it is being heard.”

Justice Kohli added that” We cannot look at it in the piecemeal way. High Court has already decided what we had asked them to.”

The matter was adjourned by the apex court and shall now be heard after the Supreme Court reopens after vacation.

The CBI was earlier directed by the Jharkhand High Court to probe the matter after a Bench led by the High Court’s Chief Justice relied on a sealed cover report from the Enforcement Directorate (ED).

The High Court had rejected to the State’s objection to accept the sealed cover report initially.

The Chief Justice-led Bench had ordered for the detailed FIRs in MNREGA scam where a Mining Secretary was arrested and suspended in connection with the matters.

The Supreme Court was approached by the State against the proceedings.

On May 24, The top court directed the High Court to decide the maintainability of the PILs upfront

On June 3 held the High Court held that the proceedings are mainatainable.

The State then approached the apex court against the same.

Mukul Rohatgi Senior Counsel who appeared for the State, said that the PIL is politically motivated with the sole purpose of destabilizing the state Government.

“It is only to destabilise the government. It is a politically motivated petition. Day to day hearing is happening. Don’t know what is the urgency”

The Solicitor Tushar Mehta said that “I will inform what is the urgency. We cannot be street fighters.

The case has been posted for hearing after the vacation before another bench.