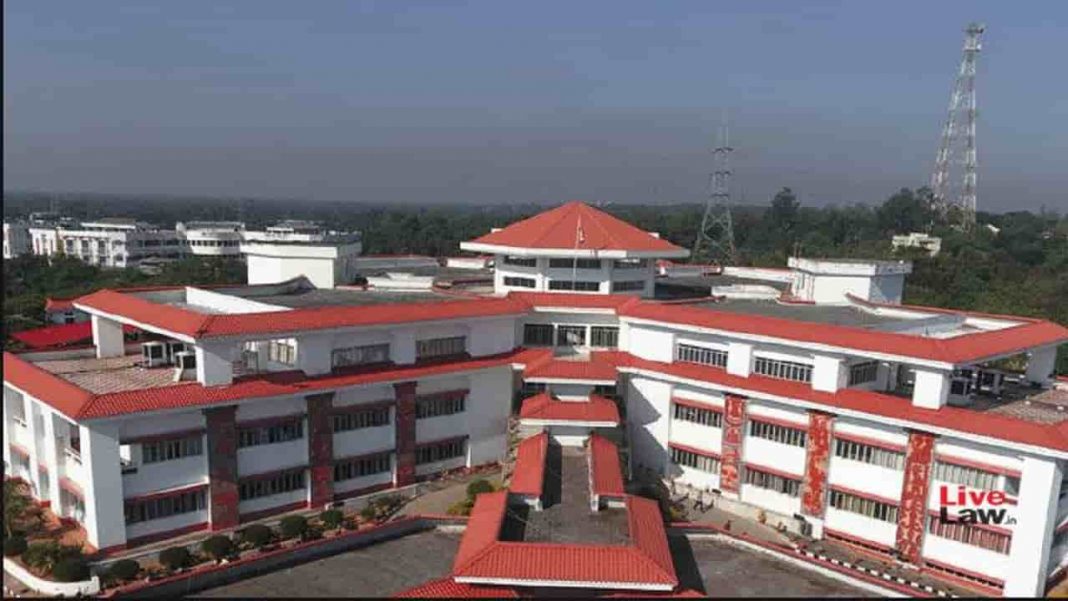 The Tripura High Court has directed that the State shall be at liberty to make a requisition to the Tripura Public Service Commission (TPSC) for the required number of posts of Medical Officers in future (including the 20 posts which remained unfilled).

The Division Bench of Chief Justice Indrajit Mahanty and Justice S.G. Chattopadhyay disposed of a Public Interest Litigation (PIL) filed challenging an advertisement dated 08/05/2021 issued by the TPSC inter alia, on the ground that the impugned advertisement herein does not make any reservation for physically challenged persons holding necessary medical degree from throughout the State of Tripura.

At the time of the admission of the PIL , the Court directed that although 164 posts were advertised and 144 appointments have been issued, the balance posts i.e. 20 posts may not be filled up till further orders.

A counter affidavit came to be filed by the State inter alia submitting that while the allegations made by the petitioner insofar as lack of reservation for differently abled (PH) person is concerned in the advertisement published by the TPSC is substantially correct.

The Court observed that however, the State has taken corrective steps by issuing the purported notification by the Department of Social Welfare & Social Education dated 07/09/2021 published in the Tripura Gazette on 20/09/2021 indicating that reservation for physically challenged persons shall now be made available henceforth in the said post. However, the said notification is obviously prospective in nature and the advertisement sought to be challenged is dated 08/05/2021.

The Court held that counsel for the petitioners has filed the PIL seeking the enforcement of the rights of differently abled (PH) persons for reservation and this prayer has been substantially acceded to by the State by promulgation of the Gazette notification on 20/09/2021. However, the same will only obviously have prospective application. Accordingly, the Bench record the undertaking of the State that they shall not pursue the advertisement issued by TPSC any further apart from the 144 posts already filled in. A fresh requisition shall be made for the balance 20 posts as well as any other posts that the State may require and the TPSC shall by issuing advertisement for the future recruitment abide by the Government directions as indicated in the Gazette notification dated 20/09/2021 and, therefore, provide reservation for differently abled (PH) persons in all future appointments.

The High Court noted that prior to the Gazette notification dated 20.09.2021 the Government of Tripura in the Department of Social Welfare & Social Education vide an office memorandum dated 09/01/2019 had stipulated that 4% of the posts shall be reserved for differently abled (PH) persons .

Therefore, the Court observed that situation that arose in the particular case is although a notification was duly issued by the State of Tripura vide its office memorandum dated 09/01/2019 recommending 4% reservation for handicapped persons, yet at the time of requisitioning for filling up 164 posts of Medical Officer, which are the posts which can be filled up by handicapped persons had not been identified by then. Consequently, the effect or implementation of that policy decision could not be given effect to. This has ultimately been remedied by the State by its notification published in the Tripura Gazette dated 20/09/2021.

“In other words, on the date of the advertisement issued by the TPSC, although a general policy resolution had been passed by the State of Tripura to reserve 4% seats for differently abled (PH) persons, since the post had not yet been identified, the Public Service Commission proceeded to advertise the post without providing reservation for differently abled (PH) persons. It is true that in the advertisement there is a mention of partially handicapped persons, especially in clause under the heading “Age” whereby the upper age limit of differently abled (PH) candidates had been raised but no reservation was stipulated therein.”

In view of such circumstances, since 144 Medical Officers have already been appointed by the State pursuant to the advertisement issued by the TPSC, the Court do not intend to interfere with the said appointments and instead, the suggestion of the Government Advocate that the State would not pursue further appointments requisitioned thereunder is accepted by the Court.

Accordingly, the petition is disposed of with the following directions:

(i) The State shall be at liberty to make a requisition to the TPSC for required number of posts of Medical Officers in future (including the 20 posts which remained unfilled);