Virtual Courts Can Never Be A Substitute For Open Courts: Justice Chandrachud 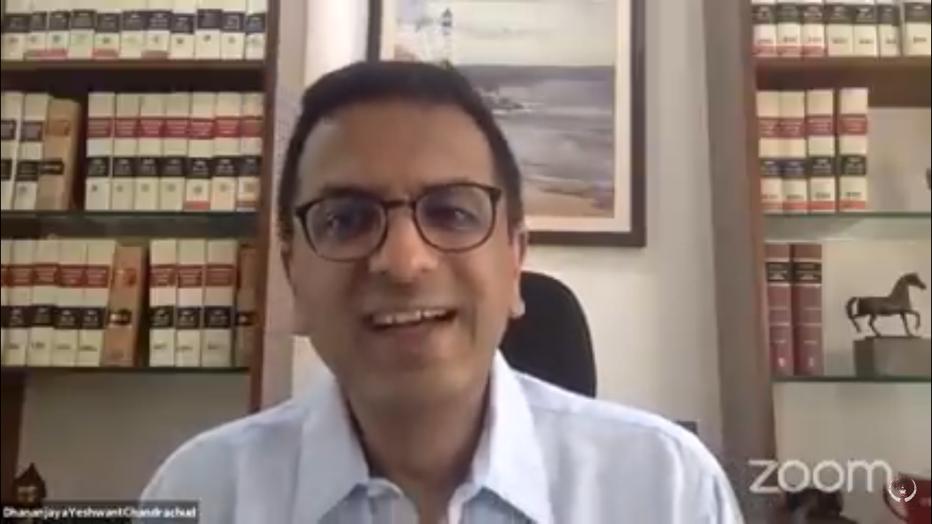 Justice DY Chandrachud, on Sunday spoke on “Future of Virtual Courts and Access to Justice in India” in a webinar, organized by the Nyayam Forum of the NALSAR University. According to him, the Open Court system is the “spine” of our legal system and cannot be displaced by the virtual court system. The virtual court system had to be resorted to on account of the unprecedented COVID-19 pandemic but these hearings are not a substitute for the open Court system.

According Justice Chandrachud there are 3 fundamental principles on which, the interface between technology and the judicial process should be based :

·        Technology that enhances justice to the common citizen.

·        Justice not just as a sovereign function but as a service that is provided to the community.

He quoted Susan Hood, Chief Executive of Her majesty’s Courts and Tribunal service in UK, who said that “Our processes don’t need to be as old as our principles. Technology must at its core be about enhancing access to justice.”

Talking about one of the recent decisions taken by him, Justice Chandrachud stated that its essential to ensure that ‘E-court’ project operates on open APIs, an open Application Program Interface. An API  is a computing interface which defines interactions between multiple software intermediaries so that users can extend their functionality in multiple directions. According to him, open APIs must be resorted to and must be provided not only to government litigants but also to private litigants because it is only through an open API process that the data can be put into the hands of people who can work on that data.

“The question today is how do we apply the current learning and management tools to understand and use the data, to provide better services to common citizens, and open API is a critical element to the E-courts, to make the system as open and efficient as possible.“

According to him, the functioning of the Courts changed in various ways due to the pandemic and the nationwide lockdown that was announced subsequently, as the number of lawyers in courtrooms were limited and video conferencing for conducting urgent hearings was adhered to. After the lockdown was put in place, the functioning of the Court could not have been suspended, given that the criminal justice system cannot function without Courts. Since the technology was resorted to only because of the pandemic, it was natural to have faced some technical glitches.

He stated that the functioning needs to be increased, and even if open courts are started again, the long-term goal of the e-courts project is to ensure that all courts in India are capable, where and when necessary.

Justice Chandrachud who is also the chairman of the e-committee stated that Technology should be used for inclusive justice. According to the data, a large section of the people still do not have access to technology and the internet and hence, it is important to ensure that this technological divide does not become a means of exclusion.

He acknowledged that its important to change the mindset that is required to embrace technology, and it takes time and effort to re-wire our brains to new ways of doing things. He added that even he was not familiar to digital files but has improved his digital awareness with assistance and help, as when he saw the benefits, he was willing to learn.

In response to question if e-filing of cases will lead to a docket explosion since filing would become really easy, he stated that “Its true that if the filing is made easier a lot more people will gain access to justice, but it will also be true that a lot more people who will come to court, would be people who’d otherwise not have access to justice at all. As a judge, I am not concerned with the fact that more people will come with grievances to my court, if I have a lot of work to do, it gives you a sense of satisfaction, that’s why we as Judges are here to do our duties. If filing increases, technology will help us deal with it. If technology will lead to greater number of cases being filed, it will also give us the tools necessary for dealing with those cases.”

While concluding, he also stated that the current situation can be made into an opportunity to bring in change.

“lets convert a very difficult situation into an opportunity for change, changes occurs in the most difficult of situation, humanity across the world and India is confronted with a public health crisis of unprecedented dimensions, that gives us an opportunity to bring fundamental transformation to provide better service to our citizens and have a pan India collaboration with civil society and with different segments of the legal profession to provide a good service under a robust technological infrastructure,” he said.