Whether accused entitled to bail in offences under 409, 420 IPC, even charges not framed after a lapse of considerable time: SC to consider 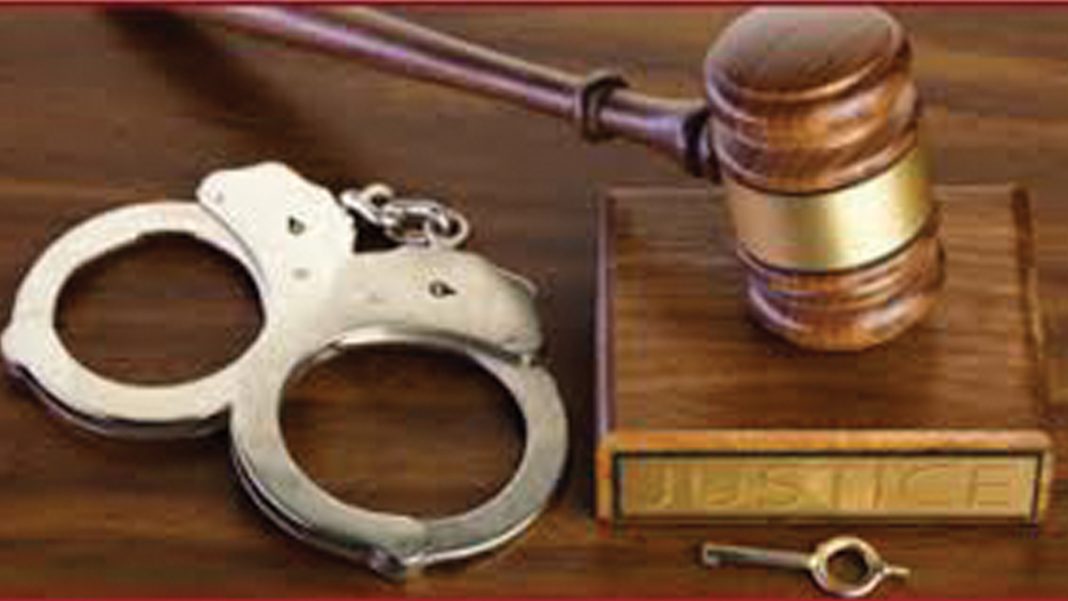 (ILNS): The Supreme Court today has noted that even charges have not been framed though considerable time has lapsed and 156 proceedings have been held prior to framing of charges in a case related to embezzlement of more than 70 crore rupees.

Today the bench of Justice Sanjay Kishan Kaul and Justice Hemant Gupta on directed Additional Chief Judicial Magistrate, Vijaypur in CC no. 84 of 2016 to submit a report of the proceedings held and to also intimate the court as to what is the impediment in framing of charges. The respondent (State herien) shall also provide requisite information in this behalf. List the matter in  week commencing after summer vacation, said the Apex Court.

In its previous order , the apex court on 15.03.2021 directed the Petitioner to furnish information consisting of list assets as also of his wife and children. The Petititoner aggrieved by the impugned judgment and order dated 2.09.2020, filed an appeal seeking Bail, wherein the high court rejected bail petition filed under section 439 CRPC only for the offences 409, 420, 34 of IPC.

The issue involved herein is that the officials holding entrustment of cash in the banks , committed breach of trust and misappropriation , thus cheated various customers by forging the documents and manipulated the transactions. The total amount which has been embezzled is of Rs. 70,44,25,056/-as revelead during the investigation. Such amount includes of local bodies and organisations as well. Number of accused persons indulged in the present case is 9.

It is to be noted that out of 9 accused persons, 3 are out on bail.  The Petitioner is in judicial custody from 22.4.2016.
The two judges Bench of Supreme court observed the contentions of the counsel of petitioner, wherrein the cousnel of the petitioner in compliance of the order dated 15.03.2021 apprised the court that some of the properties are seized and two of the properties are of ancestral ones. Charges in the trial court have not been taken place yet and it is not likely to conduct in the unforeseen circumstances and matter kept on adjourning unnneccesarily , and also urged to grant him the bail in this  pandemic situation.

The petitioner is likely to get infected or come in contact by the covid virus as contention by senior counsel of the petitioner was raised before the High Court which was overlooked by the Hon’ble High court.
It was contended before Hon’ble High court –“as far as commencement of trial is considered, all offences are triable by magistrate and they are warrant cases, an opportunity u/s 239 CRPC has to be accorded to accused for hearing before charge. Adjourning the matter for 156 times is unwarranted.”

In case of RAJ DEO SHARMA V STATE OF BIHAR ( 1998)7 SCC 507, the apex court emphaised upon pre trial conviction while keeping the accused in judicial custody for longer period of time and taking the reference of conditions laid down in AR ANTULAY CASE,  (1992(1)SCC 225) – SUPPELEMENTED DIRECTIONS WHILE CONSIDERING THE BAIL APPLICATION OF ACCUSED –

“In cases where the trial is for an offence punishable with imprisonment for a period not exceeding seven years, whether the accused is in jail or not, the court shall close the prosecution evidence on completion of a period of two years from the date of recording the plea of the accused on the charges framed whether the prosecution has examined all the witnesses or not, within the said period and the court can proceed to the next step provided by law for the trial of the case.

(ii) In such cases as mentioned above, if the accused has been in jail for a period of not less than one half of the maximum period of punishment prescribed for the offence, the trial court shall release the accused on bail forthwith on such conditions as it deems fit.

(iii) If the offence under trial is punishable with imprisonment for a period exceeding 7 years, whether the accused is in jail or not, the court shall close the prosecution evidence on completion of three years from the date of recording the plea of the accused on the charge framed, whether the prosection has examined all the witnesses or not within the said period and the court can proceed to the next step provided by law for the trial of the case, unless for very exceptional reasons to be recorded and in the interest of justice the court considers it necessary to grant further time to the prosecution to adduce evidence beyond the aforesaid time limit.

Did you find apk for android? You can find new Free Android Games and apps.
Share
Facebook
Twitter
Pinterest
WhatsApp
Previous articleMake available position of beds on real-time basis: Rajasthan HC to hospitals
Next articleSC grants interim bail to a man convicted for causing death of his wife