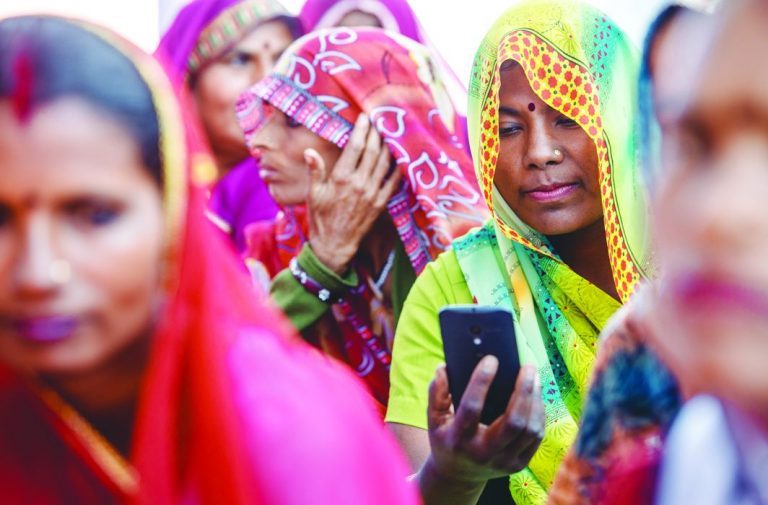 The Supreme Court has time and again been faced with the issue of free consumer goods distributed by various state governments. It has shied away from interfering as it believes that policy is a state function and courts should not interfere. The state governments, in turn, have strongly pitched for their independence and right to decide what is in public interest under Article 41 of the Constitution.

But with each passing election, what constitutes public interest has worryingly morphed into pre-poll gifts. So we had UP’s Akhilesh Yadav distributing one crore free laptops in an election year and Tamil Nadu’s J Jayalalithaa and the DMK often competing with each other over 14-inch TVs and 20 gms gold.

The Court has yet to take a stand on whether distributing TVs is equal to loan waivers for farmers. Are they similar kind of goods? It has largely left that to the CAG and Public Accounts Committees of state assemblies to take a call.

The latest one to join the bandwagon of free distribution of Fast Moving Consumer Goods for public good is Raman Singh, chief minister of Chhattisgarh. His government has decided to distribute 50 lakh smartphones to  ration card holders. They have to go and get themselves registered in the collectorate and receive their free gifts by August. The quality of the smartphone and the message it carries is yet to be seen, but so far, the lame Opposition has said nothing about it.

The government has made elaborate arrangements for the distribution of  smartphones. It has drummed up enough publicity and the timing is also right as August would be just short of the three-month Election Commission-enforced model code of conduct before the assembly elections. Singh is running a parallel show called the Vikas Yatra wherein the government and party programmes have been wedded so well that eventually, when the electioneering period starts, he and his party would have been at it for over six months. The manifesto will follow, which will make more such promises, now known as freebies. The manifesto becomes ever more believable because people have seen the mobile rollout.

All political parties now claim that distributing freebies is their right and is in public interest and also that it was part of their manifestoes. Therefore, it somehow becomes legitimate. The Supreme Court in July 2013 in S. Subramaniam Balaji vs Govt. of Tamil Nadu and Others had directed the Election Commission to frame guidelines with regard to the contents of election manifestoes in consultation with all the recognised political parties.

The principles which led to the framing of such guidelines are quoted below from the judgment:

(i) “Although, the law is obvious that the promises in the election manifesto cannot be construed as ‘corrupt practice’ under Section 123 of RP Act, the reality cannot be ruled out that distribution of freebies of any kind, undoubtedly, influences all people. It shakes the root of free and fair elections to a large degree.

(ii) “The Election Commission, in order to ensure level-playing field between the contesting parties and candidates in elections and also in order to see that the purity of the election process does not get vitiated, as in past been issuing instructions under the Model Code of Conduct. The fountainhead of the powers under which the Commission issues these orders is Article 324 of the Constitution which mandates the Commission to hold free and fair elections.

“We are mindful of the fact that generally political parties release their election manifesto before the announcement of election date, in that scenario, strictly speaking, the Election Commission will not have the authority to regulate any act which is done before the announcement of the date. Nevertheless, an exception can be made in this regard as the purpose of election manifesto is directly associated with—the election process.”

The Election Commission held a meeting with recognised national and state parties. Most opposed any meddling by the Commission in their manifestoes, claiming that making promises was a healthy democratic practice. After due consideration, the Commission issued the following guidelines:

(i) The election manifesto shall not contain anything repugnant to the ideals and principles enshrined in the Constitution and further that it shall be consistent with the letter and spirit of other provisions of the Model Code of Conduct.

(ii) The Directive Principles of State Policy enshrined in the Constitution enjoin upon the State to frame various welfare measures for the citizens and therefore there can be no objection to the promise of such welfare measures in election manifestos. However, political parties should avoid making those promises which are likely to vitiate the purity of the election process or exert undue influence on the voters in exercising their franchise.

(iii) In the interests of transparency, level-playing field and credibility of promises, it is expected that manifestoes also reflect the rationale for the promises and broadly indicate the ways and means to meet the financial requirements for it.

It is felt, and may be rightly so, that most voters hardly go by manifestoes and believe in what they have in hand. So freebies are always more than welcome. However, what the Chhattisgarh government is doing now, may and should be challenged under Article 14 of the Constitution.

The state government has decided to distribute the smartphones to BPL families on the basis of ration cards. It has already been found that BPL cards issued by the state are a scam. More than 76 lakh cards had been issued when according to the state’s population, less than 50 lakh are eligible.

The Supreme Court had laid down rules against sexual harassment in the workplace which came to be identified as the Vishakha guidelines. It has clearly said that the Court had interfered only because there was a gap in legislation. Perhaps it will have to re-examine the freebies given by state governments too or they will become more bold in distributing state funds without a care for constitutional proprieties.