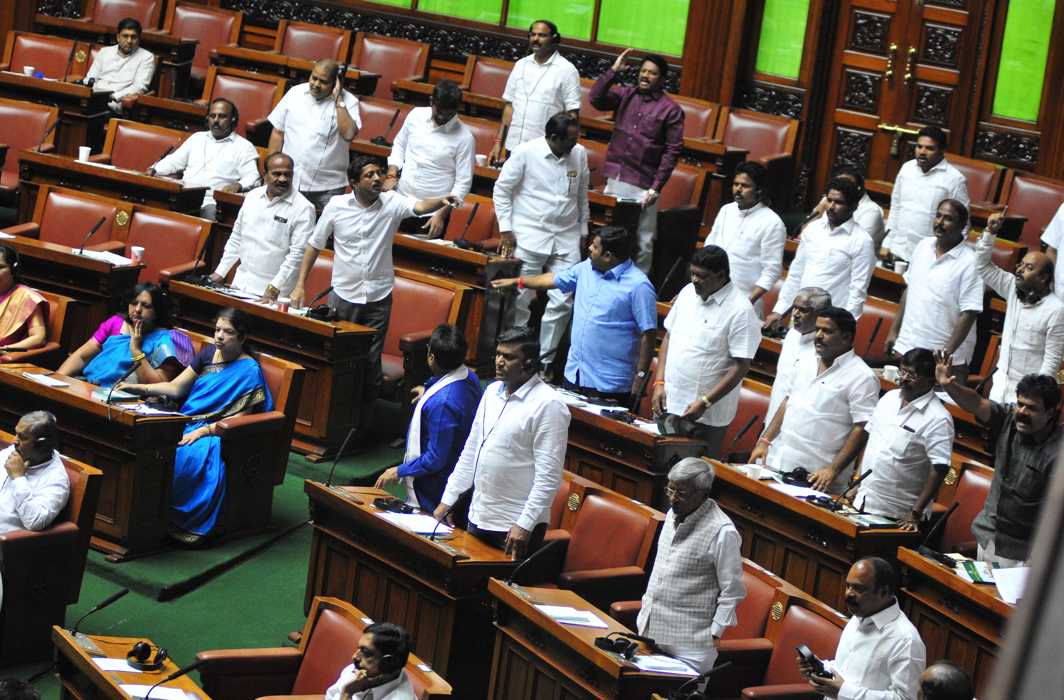 The 17 disqualified MLAs from the Karnataka assembly will have to wait for a few more days for a hearing in the Supreme Court after Justice MM Shantanagoudar, one of the judges on the bench, recused himself from the matter.

The case will now have to be referred to a different bench and is likely to come up only on Monday next.

“I am not participating in this case. My conscience does not allow me to take up the matter,” he said, sitting in a bench presided over by Justice N V Ramana and also comprising Justice Ajay Rastogi. Though senior advocates Mukul Rohatgi and Kapil Sibal appearing for rival parties said they don’t have any problem, Justice Shantanagoudar stuck to his stance.

Petitions challenging the disqualification of some of the 17 rebel MLAs of the Karnataka assembly — whose resignation led to the collapse of the Congress-HD Kumaraswamy’s coalition government earlier this year — was listed for today after a long break. The petitioners say the action of the Speaker was “arbitrary” and “unreasonable”. They contend it is an abuse of his powers under the 10th Schedule of the Constitution — which lays down the process by which legislators may be disqualified on grounds of defection — and the MLAs’ fundamental right to carry on any trade, business and profession guaranteed under the Articles 19 and 21.

They want the court to overrule the order of the Speaker, who had disqualified from the assembly till the end of its term.

The MLAs were disqualified in July by then Speaker K R Ramesh when they resigned, allowing the BJP to challenge the 14-month-old coalition government and stake claim to power.

Thirteen MLAs from the Congress and three from the JDS had resigned, and two Independent lawmakers who were supporting the government switched sides, bringing down the numbers of the government. After days of high-drama and heated debates, the government failed the trust vote, leading to the formation of the BJP government led by BS Yeddiyurappa on July 26.