The Division Bench of Justice A.M. Khanwilkar and Justice Dinesh Maheshwari said the Superintendent of Police, district Faridabad shall be personally responsible for ensuring logistical support and police protection to the officials of the corporation. 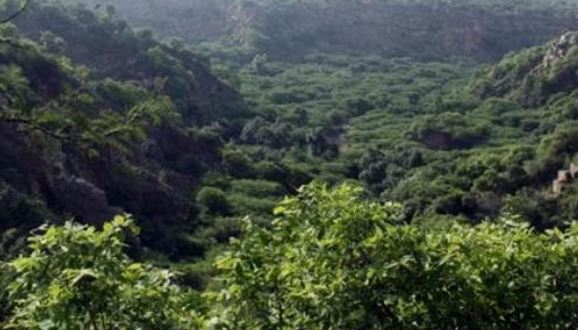 The Supreme Court has directed the State of Haryana and the Municipal Corporation of Faridabad (MCF) to vacate the Aravalli forest land encroached by petitioners within six weeks and submit their compliance report in a matter where petitioners had filed a petition in public interest challenging the Haryana Sehri Vikas Pradhikaran Rehabilitation Policy to the extent it limits the cut-off for rehabilitation to 2003 and to seek a stay on demolition of about 10,000 houses in Khori Gaon, Faridabad, Haryana which is to be demolished by the MCF.

The Division Bench of Justice A.M. Khanwilkar and Justice Dinesh Maheshwari said the Superintendent of Police, district Faridabad shall be personally responsible for ensuring logistical support and police protection to the officials of the corporation as “we have already stated in our earlier order and the petitioners are bound by the earlier directions given by the High Court and reiterated by the Supreme court in order dated 19.02.2020 and again on 05.04.2021 in another proceedings pending before this court with regards to the same subject matter”.

The bench further held that the relief claimed by the petitioners can be considered only after the compliance of the direction given earlier by this court.

“We reiterate our direction given to the corporation as well as state and expect that the corporation will remove all the encroachment on the subject forest land not later than 6 weeks from today and submit compliance report in this behalf duly under the signature of the Chief Executive Officer of the corporation and the Secretary of the Forest Department of the State of Haryana respectively. After those certificates are produced, the court may pass further direction including regarding verification of the position regarding the factual statement made in the certificates,” the Bench held.

Counsel for the petitioners Colin Gonsalves submitted before the court that in the first round of litigation they had sought unsuccessfully to get a stay on demolition. “As the Court in its previous judgement has held that all those who have the documents in accordance with the policy may submit the document and they will get relief. But when we look at the policy, we realise that the clause in the policy was arbitrary,” he said.

The court countered that this is a different issue and we are not going into this right now. “We are dealing here is an issue of encroachment of forest land and this land must have to be vacated. Even the Corporation is now answerable that why they have waited from February 2020 to today. It’s been a year and they have not taken any action in compliance of that order.”

On the very question raised by the Court, Arun Bhardwaj, the counsel for MCF, submitted that in compliance of the order Corporation has vacated 25 acres of land in the first step and 20 acres in 2nd step. But to evict these petitioners, we need some more time as we faced revolt in the process to evict them. “They use force against us. And they are continuously trying to grab more land despite being evicted many times.”

The present petition is filed to seek a direction to declare Clause 3 of the Haryana Sehri Vikas Pradhikaran Slum Rehabilitation Policy arbitrary and unconstitutional. Through this petition, the petitioner disputes the action of MCF in carrying out an unlawful demolition of about 1700 slums at Khori Gaon, Faridabad, Haryana 122002, without following procedure in accordance with law and so violating their right to housing. These jhuggis have been in existence since 1980.

Though the petitioners are unable to show any proof of existence since then but many residents today have proof of existence since 2010 onwards, when they were given ration cards and election cards and other forms of identity. The petitioners have already approached the Punjab and Haryana High Court that made an order dated 25.04.202016 and 29.04.2016 which was stayed by the Supreme Court in SLP (C) Nos.7220-7221 of 2017.

Aggrieved by the interim order passed by the Apex Court in SLP(C) Nos. 7200-7221 of 2017 which is still pending, the petitioners have moved this writ petition.

After going through all the facts presented and arguments, the bench made it clear, “The corporation shall proceed in the matter as observed in order dated 19.02.2020 and 05.04.2021 passed by the Courts and state shall view necessary logistical support to enable the corporation to implement the direction given under this order to evict the occupants on the forest land and clear all the encroachments therefore.

“The Chief Executive Officer of the corporation and the Secretary of the Forest Department  to oversee the implementation of the directions given in this order and submit compliance report within 6 weeks along with SLP (C) 7220-7221 of 2017.”

The Court has ordered to list this matter on July 27.

Did you find apk for android? You can find new Free Android Games and apps.
Share
Facebook
Twitter
Pinterest
WhatsApp
Previous articleNarada case: Casual arrest is draconian, against the rights of all, says Singhvi
Next articleVideo: SC orders demolition of 10,000 encroachment in Faridabad, Madras HC on cartoon controversy