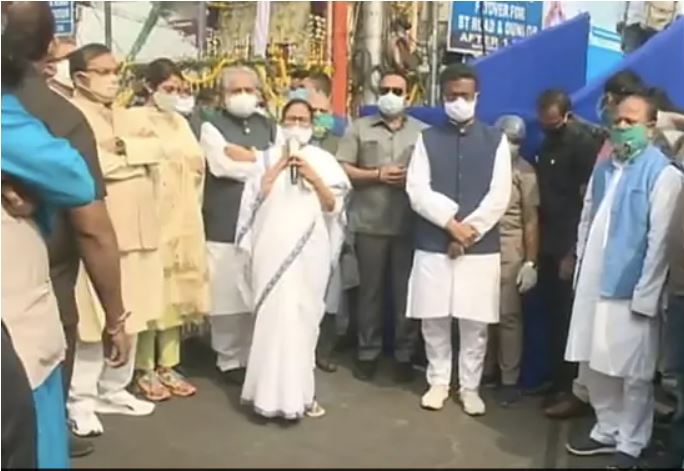 The Supreme Court on Tuesday dismissed a plea seeking a direction to the Election Commission of India to cease from conducting eight-phase elections in West Bengal because it was violative of Article 14 and Article 21 of the Constitution.

The petition has been filed by Advocate Manohar Lal Sharma in response to the Election Commission’s decision to hold Assembly elections over eight phases in West Bengal. The bench of Chief Justice S.A. Bobde, and Justices A. S. Bopanna and V. Ramasubramanian was hearing the matter.

The CJI, however, said that it did not remember having passed such an order where the High Court is constrained in hearing a petition under Article 226.

While Sharma read the SCR headnote in Mohinder Singh’s judgment, Chief Justice said that he had read the whole case but did not agree with Sharma and hence dismissed the petition.

Sharma sought for a direction to the CBI to register an FIR into the alleged chanting of religious slogans during the election campaign in West Bengal. It has been submitted that

“the chanting of Jai Shri Ram, other religious slogans are creating disharmony in the state and is an offence under the IPC and the Representation of the People Act, 1951”.

Sharma has further questioned “whether using a provocative religious slogan Jai Shri Ram is for electoral benefits as well as others is not violated S.123(3) and 125 of the Representation of the People Act, 1951”.

Further, the petitioner has sought directions to debarred political party/parties, Central government and Home Minister Amit Shah from participating in any election in the country for using religious slogan Jai Shri Ram and others being unconstitutional and contra to the Representation of the People Act in the interest of Justice.

The petitioner has contended that there is no law has been framed yet empowering the election commission to adopt an unequal treatment of election among the 5 states as per their whim.

Conducting election in 8 phases while other states in 1 phase especially when West Bengal is not facing any terrorist attack or under disputed war zone. It’s a clear case of violation of Article 14 of the Constitution. Without disclosing valid reasons respondent can not declare voting in different style/phase/manner to facilitate political demand for a specific party, the BJP.

He further submitted that Election Commission and Parliament did not frame any law and rule to conduct election in different phases to facilitate any one of the political parties in any state. “Hence impugned decision of the ECI is unlawful and violated Article 21. It must be quashed and election must be held in one phase in Bengal as well as in Assam like Tamil Nadu, Kerala and Puducherry,” the plea said.

The petition filed by Advocate Manohar Lal Sharma stated that using religious slogan, effort, provocation of citizen of India by a person, party, group of persons is strictly prohibited u/s 123 (3) of the Representation of the People Act.