Evacuation of residents till the conclusion of trial under PMLA a harsh measure: Supreme Court 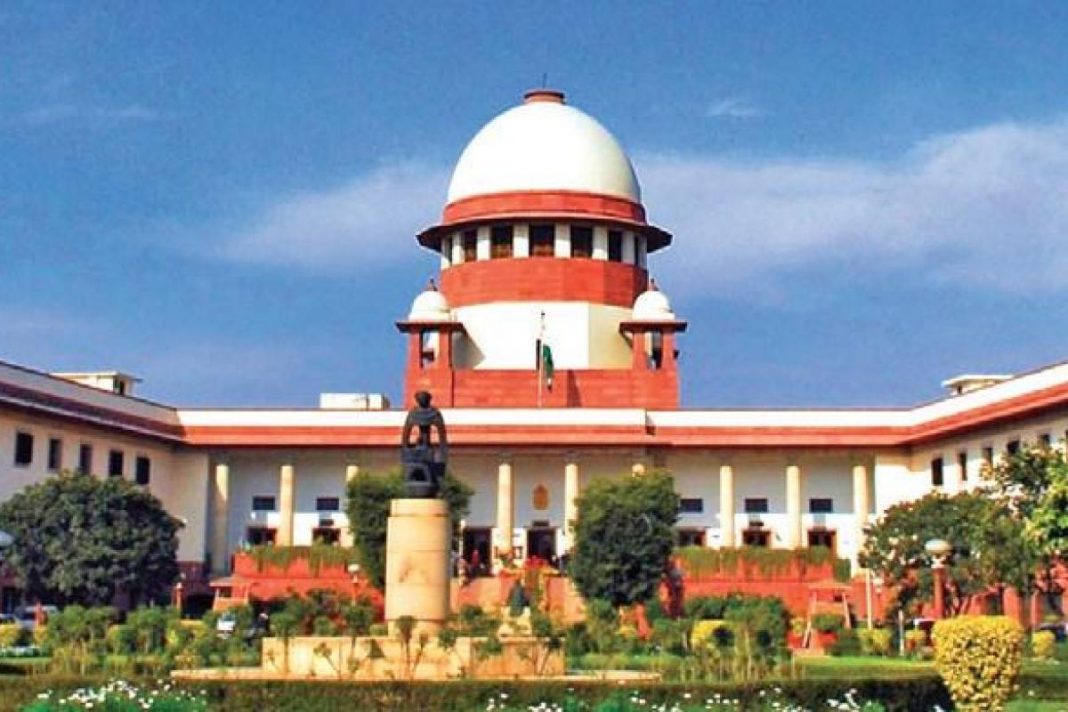 Senior Advocate Abhimanyu made submission before the Supreme Court on Tuesday over the provisions of the Prevention of Money Laundering Act (PMLA).

He said that attachment was permissible in the interest of not frustrating the purpose of this Act, but the evacuating of residents, tenants among others and withholding the property till the conclusion of the trial is too harsh a measure.

In case of an immovable property, the attachment should only be constructive, though in the case of perishable goods they can be seized, noted the Senior Advocate, before the Bench of Justice A.M. Khanwilkar, Justice Dinesh Maheshwari and Justice C.T. Ravikumar

Submissions of Senior Advocate Siddharth Agarwal began his submissions by building on the arguments made in the previous day’s hearing.

So far as the proceeds of crime are concerned, it was submitted that this particular concept first found reflection in CrPC, but was subsequently added to the PMLA, with the modification that all derivatives from the proceeds, or any transaction connected therewith would come under the purview of the Act, with the addition of the words ‘related’ or ‘relatable,’ as was done in the PMLA.

Also Read: Supreme Court refuses to cancel board examination for Classes 10, 12 in physical mode, warns petitioner of exemplary costs on repetition of such PILs

The Senior Advocate submitted that it was mandatory that the proceeds of the crime must necessarily from the scheduled offence for it to have any effect herein.

As regards the retrospective application of this legislation, it was submitted that any retroactive application will turn the logic of this enactment on its head. To illustrate, if a person commits an offence in 2003, he is well aware that he will be penalised for those actions and he should be. However, as the necessary ingredients of this Act couldn’t have been fulfilled then, primarily the integration into the economy so as to render tainted property as untainted, a charge under this Act cannot be made out a late stage. Integration even if it had occurred, wouldn’t have been projecting as under this Act, as that specific offence did not exist then. Additionally, the predicate offence from which the proceeds had been generated, might not have been a scheduled offence when the crime was committed, so as to be included as a charge under this Act for any derivative proceeds.

The Court observed that the other side could argue against that contention, as the proceeds though not ‘projected’, would continue to have the colour of projection after the coming into operation of this Act.

The Senior Counsel submitted that though the layering and integration into the economy may continue, once the link from scheduled offences is broken, it can no longer come under the purview of this Act. As S.3 reads, the Counsel admitted, it was never meant to have a retroactive application.

Drawing a distinction between a continuous offence and an offence that continues, Sr. Adv. Agarwal submitted that in the first instance, it might take time for the offence to complete itself and once so completed, there is no longer any continuity. As for the second instance, the offender commits similar offences over and over such that a fresh offence is committed every time. PMLA offences are of the first nature. Reliance had to be made on the laws in force at the time when the offence was so committed and not be roped into the PMLA at a later stage.

Senior Advocate Agarwal cited the case of Jagan Shrishadri, wherein though the accused acquired disproportionate assets in 1977-84, the High Court while reversing the order of acquittal, convicted the accused under S.13 of the 1988 special enactment and failed to provide reasons for such reversal. The Counsel submitted that such view was erroneous on part of the concerned Court.

Submission of Senior Advocate Mahesh Jethmalani began his submissions by apprising the Court that he would be dealing with the issue of joint trial as u/s 44(1)(a),(c) and submitted that these provisions are arbitrary and violative of Art. 21 and the procedure  established  by law.

S.44 was contended to be oppressive for people not charged under PMLA but only in a predicate offence. The problems arise due to the non-obstante clause and the proviso as under S.44.

A distinction was drawn between scheduled offences as under the IPC and governed by the CrPC and as under special legislations. The right to be tried before the appropriate forum as is statutorily prescribed is a fundamental right. Additionally, S.44 makes it clear that the offences are to be tried separately and not as a joint trial. However, where the person is only an accused in a scheduled offence and not under the PMLA as it relates to proceeds, the joint trial can only occur when the CrPC so prescribes, and the accused cannot be tried before the special court as set out by the PMLA.

The ground reality as the Counsel laid bare, is that the ED will by making an application, transfer the case of the accused from the trial court in concern to the Court of Sessions, which will be designated as a special court under this Act. This has been a regular occurrence since before this statute was amended in 2013 to add these provisions.

The Court pointed out that this could just be a case wherein the Legislature took stock of the situation on the ground and added it into the Act. However, Senior Advocate Jethmalani submitted that legislative intent cannot be presumed and any motive on the part of the Legislature should not be precluded. Reliance was made on the case of Directorate of Enforcement vs. Suraj Pal to bolster this argument.

While the Counsel did not pray for the reading down of this section, he submitted that it gives arbitrary power to the ED to transfer cases which is violative and unfair and needs remedying.

Also Read: Malicious prosecution, the damage it wreaks and remedies

With that, he concluded his arguments for the day.

Senior Advocate Abhimanyu began his submissions by canvassing the definition of ‘proceeds of crime’ as set out u/s 3 and submitted that the definition therein is too broad given that it includes concealment and possession. Such an expansive definition creates problems and causes harassment to the person concerned. It was urged that the Section be read down and the projection be made a sine qua non of the offence of money laundering. Mere usage or possession is not enough as it did not have the necessary positive act of projection. The Court however, observed the very act that it was used and thereby integrated into the economy, constituted the offence of money laundering. The Counsel reiterated his point on the broad nature of S. 3 and the need to curtail it.

As to the issue of attachment of property, the Senior Advocate submitted that while attachment is permissible in the interest of not frustrating the purpose of this Act, but the evacuating of residents, tenants among others and withholding the property till the conclusion of the trial is too harsh a measure. Additionally, it was submitted that in the case of an immovable property, the attachment should only be constructive, though in the case of perishable goods they can be seized.

Lastly, in the issue of retroactive application of this Act, it was submitted that the determining factor or test should be whether or not the integration occurred before or after the necessary amendments were made in 2009. Reliance was made on Mahanivesh Oil and Foods wherein   balanced view had been taken by the Delhi High Court. The laundering itself should have been done after 2009, not prior it was submitted.

The matter will be taken up tomorrow.

Did you find apk for android? You can find new Free Android Games and apps.
Share
Facebook
Twitter
Pinterest
WhatsApp
Previous articlePetitioners should prove that wearing Hijab is fundamental and not an option: Karnataka AG tells High Court
Next articleWhat is Spread Betting and Where to Try