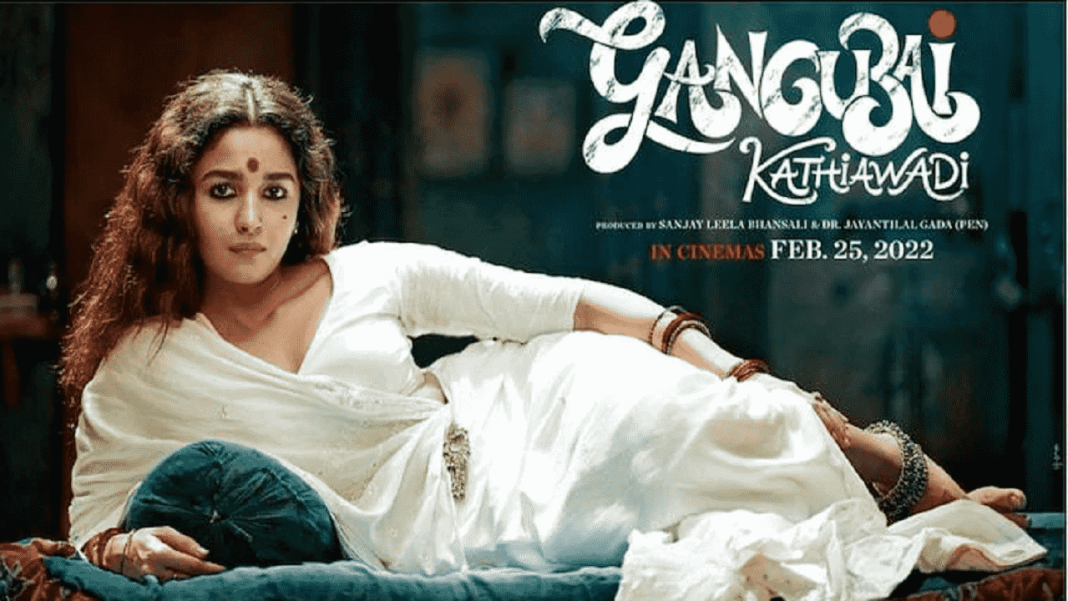 The Supreme Court on Wednesday suggested if the makers of the film Gangubai Kathiawadi wished to change its title and release it on February 25 (Friday) in view of the legal challenges against it.

The bench of Justice Indira Banerjee and Justice J.K. Maheshwari was hearing the plea of Babuji Rawji Shah, the adopted son of Gangubai, who had moved the Apex Court for an injunction against the release of the film after the Bombay High Court had turned him down.

The hearing has been deferred for tomorrow.

Shah, who claimed to be an adopted son of late Gangubai Harjivandas @ Kathiawadi, had filed the plea against The Mafia Queens of Mumbai authors S. Hussain Zaidi and  Jane Borges, director Sanjay Leela Bhansali, actor Alia Bhatt. The Bombay High Court had dismissed Shah’s interim application which had sought an temporary injunction restraining the authors of the novel from printing, publishing, advertising, selling, alienating, assigning and/or creating any release of third party rights and/or holding any press meets, promoting The Mafia Queens of Mumbai.

Also read: Supreme Court refuses to cancel board examination for Classes 10, 12 in physical mode, warns petitioner of exemplary costs on repetition of such PILs

Shah said the contents in the said book already published are defamatory in nature and had already tarnished the image of his adoptive mother.

Dave submitted the trial court dismissed the claim of the adopted son Babuji Rawji Shah on the ground that the adoption had not been proved proved by him.

Justice Indira Banerjee pointed out to Dave that Shah is not interested in taking money from you, and is interested only in filing for defamation.

To this, Dave argued: “We are being injuncted from releasing a movie. This court has always protected arts and culture.”

Dave said there was no injunction in favour of Babuji Rawji Shah. He approached this Court only against interim order meanwhile appeal before Bombay High Court is pending and the suit before trial court has been dismissed.

Justice J.K. Maheshwari responded: “Whenever first appeal lies, it is in continuation of a suit, arguments not maintainable, Mr. Dave.”

Justice Banerjee said freedom of expression has some limitations and further it does not give right to defamation.

Dave said:  “If it is established during trial that he is not adopted son of Gangubai Kathiawadi, then we would definitely suffer.”

Justice Banerjee said to Sanjay Bhansali’s counsel that you can create a movie on someone, and portray her as the owner of brothel.

Dave countered that the person whose reputation is at stake died in the 1980s.

Justice Banerjee asked Shah that the pleadings are not done properly, and you are seeking an injunction.

Dave interjected saying Babuji Rawji Shah is seeking injunction in 2022 after the Censor Board has given clearance and nobody objected.

Shah claimed that both the novel and the film are defamatory.

Dave submitted for respondent 1 Hussain Zaidi, one of the authors of the novel, that it is not defamatory.

Though the novel was already out in 2011, Babuji Rawji Shah did not prefer to seek injunction then, argued Senior Counsel Dave.

He added that he wasn’t saying that she (Gangubai) isn’t a public figure and her reputation should  not be protected. He submitted that even Wikipedia provides information about late Gangubai Kathiawadi.

Justice Banerjee said when a film is releasing, the whole scenario is different altogether, nobody searches or reads on Internet.

Senior Counsel Dave cited the example of a terrorist. “If there is a film based on a terrorist, can he claim that you have defamed me for portraying as terrorist?”

Justice Banerjee then asked: “Can damages be adequate enough for compensation in defamation case?”

Justice Banerjee further submitted that it is quite clear that Babuji Rawji Shah is not claiming compensation/damages and he is not interested in money.

Dave then said, “I have taken rights from the book.”

Justice Banerjee: “You are portraying her in a movie.”

Dave: “I am not saying any wrong thing about her. We are showing her courageous life in a movie. Apart from that, how she fought against patriarchy in reality, that’s all we are showing in a movie.”

Justice Banerjee: “Unfortunately, it is judicially recognised that even victims of sexual abuse are treated as abettors and perpetrators than victims.”

Justice Maheshwari then asked petitioner Babuji Rawji Shah. “You only showed a copy of ration card and no other document to prove your case that you are adopted son of Gangubai. That is why your injunction of plea was dismissed by trial court. Do you have other documents to support your case?”

Justice Banerje to petitioner: “The book is in existence from past 10 years. The title of book is mafia, but it doesn’t says anything specific about anyone.”

Dave: “In that chapter, there is a description of this person, mentioned in the novel.”

Justice Banerjee: “Change the name, title and edit the film.”

Earlier, the Bombay High Court refused to entertain temporary injunction sought against Bhansali Productions, Sanjay Bhansali, Alia Bhatt, S. Hussain Zaidi and Jane Borges on the reasoning that merely claiming oneself to be the adopted son of a person is not entitled to have any legal right.

Also read: Malicious prosecution, the damage it wreaks and remedies

The Bombay High Court relied upon Melepurath Sankunni Ezhuthassan Vs. Thekittil Geopalankutty Nair, reported in (1986) 1 Supreme Court Cases, 118 and Luckumsey Rowji Vs. Hurbun Nursey and Others, rightly been applied by trial court in rejecting the plaint under order VII Rule 1 of CPC.

The High Court observed that action can be brought by a person in case of claim for defamation.

Claimant Babuji Rawji Shah claims himself to be a son of late Gangubai Kathiawadi and such was done during her lifetime and such adoption of the appellant was made prior to the Hindu Adoptions and Maintenance Act, 1956.