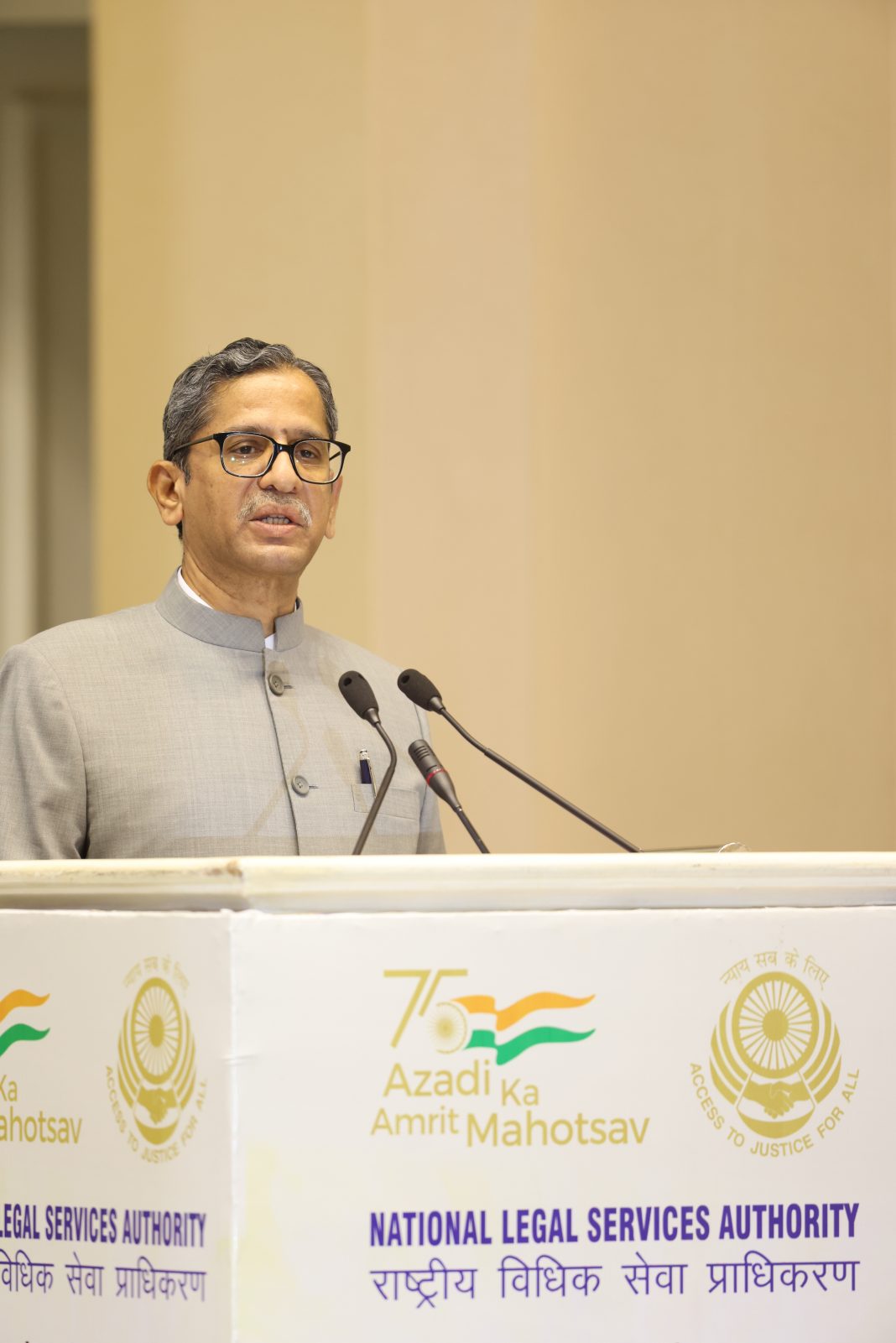 Chief Justice of India N.V. Ramana, who is set to demit the office this evening, witnessed a lot of ups and downs in his more than 17 month-tenure as the 48th CJI, with more praise coming from the Bar, while pendency surged higher, attributed to Covid-induced restrictions and lockdowns.

Justice Ramana took over the office of CJI on April 24, 2021. He witnessed the second wave of the pandemic crippling the Judiciary, but decided to get something positive out of the situation.

He permitted hybrid hearing of judicial matters and granted exclusive online access to the media to attend the court proceedings.

Within months of taking over as CJI, Justice Ramana heard a batch of petitions related to alleged spying of a number of politicians and journalists with the help of Israel spyware Pegasus. In October, 2021, a bench led by him had set up a panel to examine the allegations and carry out an enquiry into it. The bench made adverse comments on the Union government’s refusal to clearly state on whether it used the spyware or not.

The case was taken up on Thursday, when the bench led by the CJI read out the panel’s report in open court and deferred its hearing by four weeks, without giving any orders.

The CJI also took a firm stance in the Lakhimpur Kheri case, in which eight persons were killed by a four-wheeler belonging to Ashish Mishra, son of Union Minister Ajay Mishra.

The Apex Court had cancelled the bail granted to Ashish and flayed the government of Uttar Pradesh for not challenging the bail order of the Allahabad High Court.

In May 2022, the CJI-led Bench suspended criminal trials and court proceedings under the British-era sedition law (Section 124A of the Indian Penal Code), while permitting the Union government to reconsider the penal provision. The Apex Court passed the order on a bunch of petitions challenging the constitutional validity of the section, after the Union government admitted the provision was abused and needed ‘re-examination’.

Justice Ramana’s verdict on the value of a woman’s contribution to household labour, declaring it equivalent to the contribution of an office-going man, was hailed by many as a path-breaking judgement.

The CJI also pulled up the Central government on matters related to tribunal vacancies, questioning its reluctance to fast-track appointments in tribunals.

The cool and composed CJI managed to resolve a number of issues related to the judicial administration.

Several Supreme Court lawyers applauded him for bringing normalcy post-Covid-19, besides encouraging the junior members of the Bar to argue their own matters. He even promoted e-filing system for fresh cases, which made the judicial system swifter.

The increase in judicial appointments became a highlight of Justice Ramana’s tenure, besides his eminent speeches and lectures.

Nine judges were appointed in August 2021 in the Supreme Court, four months after Ramana took over.

These included three women, one from the Scheduled Caste, while another belonged to the Other Backward Classes. One of the three women judges, Justice B.V. Nagarathna, is set to become the first woman CJI in 2024.

The number of vacancies in Judiciary reached its lowest level since 2016. This, compared to his predecessor – S.A. Bobde, who did not appoint a single Judge during his 17-month tenure, was a remarkable feat acheived by Justice Ramana.

The government also cleared the highest number of appointments during Ramana’s tenure, with 266 judges being appointed to High Courts, compared to 104 appointments under Justice Bobde.

The administrative side flourished under Ramana, as he took a couple of decisions for the members of the Bar, including allowing the Supreme Court Bar Association (SCBA) to use the Supreme Court auditorium for its official functions, besides allocation of new chambers to eligible advocates.

Besides, Justice Ramana took innovative measures to bring in more accountability and transparency on the administrative side.

He implemented the Fast and Secured Transmission of Electronic Records (FASTER), a digital platform to communicate interim orders, stay orders and bail orders of the apex court to the concerned authorities.

However, the pendency of cases, besides the arbitrary listing of cases and 492 Constitution Bench matters remaining unheard, became the low point of Justice Ramana’s tenure.

Out of 492 Constitutional matters, 41 cases were having national importance.

The pendency of cases also increased during the period, reaching 71,400 at present from 67,000, when Justice Ramana took over in April last year.

He rued the fact that during the past 16 months, the court was only able to physically assemble for 55 days.

Lawyers also complained of cases being deleted, despite court orders directing their listing.

The non-listing of important constitutional matters related to the abolition of the special status of Jammu and Kashmir under Article 370 of the Constitution, as well as petitions challenging the Citizenship (Amendment) Act and the legality of electoral bonds, remained the weak point of his tenure.