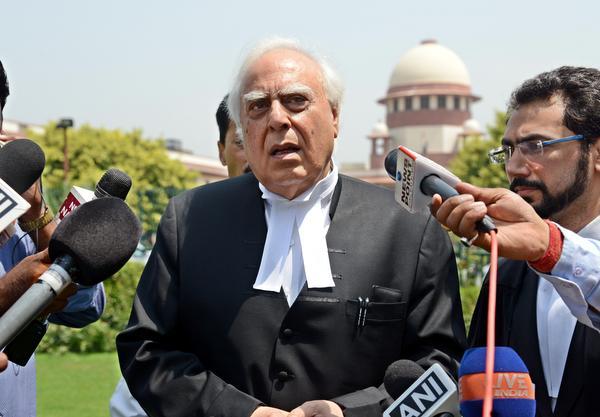 The Senior Advocate and the reputed Member of Parliament Kapil Sibal said that there was no hope left in the Supreme Court, as all the given judgement a never translate on the ground level.

Sibal expressed his unhappiness on the courts where he has been practising for 50 years and said it was about time he expresses.

Advocate Sibal said “If you think the Supreme Court will give you relief, you are under a grave misconception. This I am saying after 50 years of experience,” he added.

The senior counsel said this while speaking at the People’s Tribunal held in New Delhi, on the topic Judicial Rollback of Civil Liberties.

He said that after practicing at the apex court for half a century, he had no expectation from it as an institution.

“After 50 years in the Supreme Court, I find that I have no expectation from this institution. You speak of big judgments, but you need to see what is happening on ground. The Court says something, but something else happens on ground. You said that the Supreme Court has given good, progressive judgments – tell me what happened after that on the ground?“

Sibal added that in a country with mai-baap (nanny state) culture, no institution could be independent. He added”Today we are not independent, it is the reality of Hindustan.”

Sibal said in this country the top court judgements in the country are not effective implemented.

“You’ve given the privacy judgment…but when an ED officer comes to your home, where is privacy? Writing on paper is a different thing, but implementing it is different.”

During the course of his address, Sibal also discussed how the most dangerous authority in this country was the Enforcement Directorate which had “crossed all limits of individual liberty”.

He also said that “sensitive cases” are assigned to only select judges and the legal fraternity usually knows beforehand what would be the outcome of the judgment.

Bar Council of India slammed  Kapil Sibal for his controversial statement on Supreme Court, judiciary.The Chairman Bar Counsel of India, Senior Advocate Manan Kumar Mishra, said it was unfortunate that such remarks were made by Sibal, who is a former law minister.

Advocate Mishra said that Kapil Sibal is a stalwart in the legal field and also a former Law Minister of the country and just that he lost 2-3 important cases doesn’t mean he has the right to target the judiciary. Judiciary is a free and independent institution. It should not be attacked.”

All India Bar Association (AIBA) has termed the outburst of Sibal as  contemptuous”. through a press statement.

Senior Advocate and Chairman of AIBA Dr Adish C Aggarwala, said, “Courts decide cases by applying the law to the facts presented by cases before them. They owe allegiance to the Constitution and none else.”

Dr Aggarwala, who has been the former Vice Chairman of Bar Council of India said, “Criminal cases which were instituted by the then Governments as a political witch-hunt, where detailed investigations have been carried out but failed to disclose any evidence, had to be given a burial and if that has happened, no fault can be found with the judicial system. Courts are not to deliver judgments hanging people just to assuage the feelings of a certain community.”

The Law minister Kiren Rijiju  also slammed Kapil Sibal for his his criticism of the Supreme Court, saying it was “very very sad for the entire country” that leaders of opposition have started attacking constitutional authorities when their judgments do not favour them.

Vineet Jindal, The advocate and Social activist filed a letter to the Attorney General for consenting a criminal contempt of Court proceeding against Kapil Sibal, for scandalizing the Indian Judiciary and disgracing its dignity.