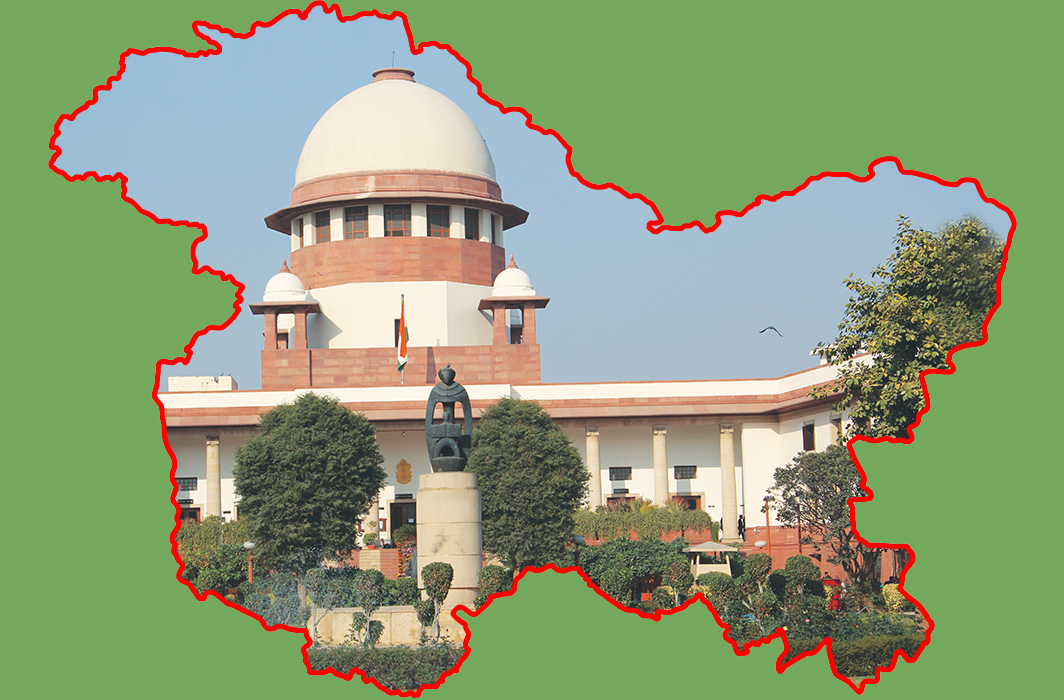 The Jammu and Kashmir administration has conditionally restored the Internet connections of more than 80 subscribers who have signed a bond agreeing to use the services strictly for business purposes. “For the allowed IP, there will be no social networking, proxies, VPNs and Wi-Fi and that all the USB ports will be disabled on the network,” reads the bond.

Meanwhile, at the courtroom, the bench of Justices N.V. Ramana, R. Subhash Reddy, B.R. Gavai heard Solicitor General Tushar Mehta who argued at length the need for delayed and restricted access to internet in the wake of abrogation of Article 370 and bifurcation of the state, including the prevalent use of ‘Dark Web’ for buying arms for terrorism.

Some of the key arguments put forward by Mr. Mehta are as follows:

– We tried to maintain public order by removing everything which might put the state in danger.

– Action was needed and we could not have waited till public tranquility was disturbed & nuisance spread.

– Few people are creating problem and that’s what they are arguing. But your lordships it’s not possible to segregate these people.

– It is the fundamental responsibility of the state to protect the right of the people and to ensure that law and order is fine.

– The communication blockade is a preventive measure and not a curative remedy.

– When there is a chance of communal riots – a situation where there is a disturbance of communal harmony – prohibitory measures have to be taken and it is up to the discretion of the administrative authority, who has to maintain law and order. The Centre’s actions are thus justifiable.

– Court cannot in such matters substitute its views for that of the appropriate authority.

– There are records of inflammatory speeches like those who touch 35A will be burnt to ashes;  Don’t play with Art 35A , otherwise you will see the worst; If u take any action on Art 35A, you will be forced to carry a flag but not the tricolor; We will chop the hands of those who abrogate the special status.

These are all violent provocative speeches made by leaders of political parties there. This is why we placed the relevant measures.

– Entire state without internet is factually wrong. In Jammu region and Ladakh region there was no net earlier also.

– The Pakistani army tried propaganda over our people, but failed because the social media was restricted that time.

– Landlines are fully operational in the valley.

– Level of the restriction required should be left to the discretion of the person who has the authority over the same.

– Any magistrate who failed to do so, must be guilty as he failed in performing his duties.

–  I would like to hand over sensitive materials pertaining to national security to the Bench. Reports can be shared, but certain photographs cannot be shown in the presence of other party. (Advocate Huzefa Ahmedi objects it.)

Justice Reddy – “What objection you have if these materials are showed to us?”

Justice Ramana – “We have allowed you all. He is producing some documents. So please let him.”

Adv Huzefa Ahmedi –  “Law allows, but not in this way. There has to be an affidavit.”

Justice Reddy – “As an intervenor, you have a limited role.”

Huzefa Ahmedi – When Human rights are involved, we cannot do this.

Justice Ramana – we need to hear it. He wants to share some information. Let us see. Why you want to complicate the issue.

Kapil Sibal — it’s a sensitive issue, we will argue it out. Your lordships don’t have to see it.

Justice Ramana — Then in that case, we will hear it out.

SG Tushar Mehta —  terrorists use social media as a powerful weapon. Modern terrorism relies heavily on internet. Their mode of operation is secret and use advanced technology to carry out the operation. Internet is used to support the ongoing Jihad. They recruit and spread propaganda. There is no boundary in internet. Internet jihad is therefore very successful.  Websites provide instant connection with the recruiters and sympathisers. Internet allows jihadis to unite, communicate and carry out operations. There is something called ‘Dark Web’ all these happens through there. All arms are purchased through it. Internet and its use for terrorism is a serious issue. Due to this nature of internet, measures are placed. Duty of the state to ensure the broadcasting is for public good. In many UK judgements, it’s clear that when it comes to a debate as to what comes in and out for national security, it’s not for the court to decide on it.

Once it’s clear that the stand taken up by state is for the national security, the court is not under a duty to disclose that material even to the affected party.