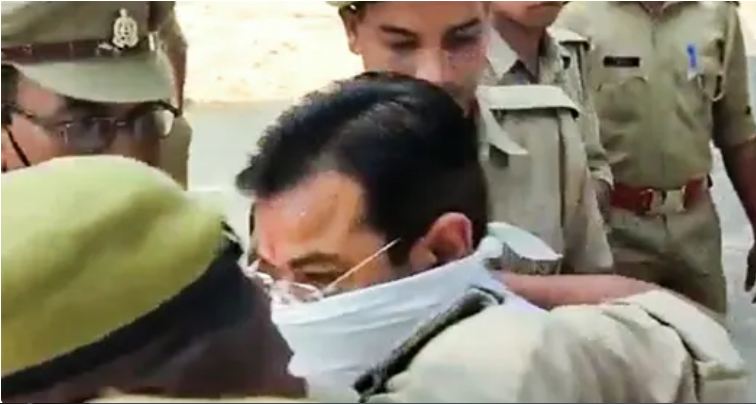 The Supreme Court of India, has issued a notice to the government of Uttar Pradesh in the bail petition filed by Ashish Mishra, the son of Union minister Ajay Kumar, in connection with the Lakhimpur Kheri violence case,where he is accused.

The bench comprising of Justice Indira Banerjee and Justice MM Sundresh have considered the plea filed by Mishra that challenges the court order of the Allahabad High Court’s July 26 order which dismissed the application of regular bail,filed by him.

The government of the state of Uttar Pradesh has been asked to file its response by September 26.

The Court held that “Four farmers had died in the Lakhimpur case, in an accident, the accused named, along with his car were present at the sight. This remains as is the biggest evidence.

The High Court believes this to be a heinous crime.

Ashish Mishra is facing a case pertaining to killing of the people in an incident which took place on October 3, 2021 in Lakhimpur. In the accident, eight people were killed, which included four farmers.

The allegation is that Mishra ran his vehicle over the protesting farmers who were holding protests against the three farm laws passed by the Centre. He was arrested on October 9 and granted bail in February 2022.

Ashish Mishra, moved to the High court after the order by the earlier court were set aside by the Supreme Court in April 2022. The Supreme Court had ordered fresh consideration of his bail plea.

The Supreme Court had set aside the February 10 order of the Allahabad court and asked High Court to see the matter again.

The Supreme Court had said that the bail bonds of the respondent have to be cancelled, and that the High Court order cannot sustain. Mishra was directed by the Court to surrender within a week.

The Family members of the victims of the Lakhimpur Kheri incident had gone to the the Supreme Court where they challenged the order that granted bail to Ashish Mishra.
A committee headed by retired Punjab and Haryana high court judge Rakesh Kumar Jain was appointed by the Apex Court to monitor the probe into the Lakhimpur Kheri violence.

Did you find apk for android? You can find new Free Android Games and apps.
Share
Facebook
Twitter
Pinterest
WhatsApp
Previous articleSupreme Court issues notice to Centre on scrapped Section 66 of IT Act being used in FIRs, arrests
Next articleBCCI constitution: Supreme Court to hear amendment plea on Thursday