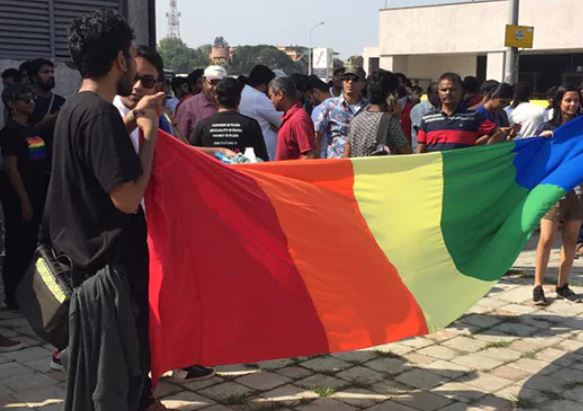 The Supreme Court today issued notice to the Union government and the Attorney General R. Venkataramani in the two petitions filed by a gay couple which who seek recognition of same sex marriage under the Special Marriage Act.

The bench comprising Chief Justice of India (CJI) D.Y. Chandrachud and Justice Hima Kohli have heard the matter today and have now asked the Central government and its top law officer for giving their valuable responses.

“The Court has said to issue notice returnable in 4 weeks. and should be notified through the Attorney general.

The lead petition has been filed by Supriyo Chakraborty and Abhay Dang, gay men who have been residing in Hyderabad, and desire that the states right to marry a person of one’s choice should also be extended to LGBTQ+ citizens.

The gay couple Supriyo and Abhay have been together for almost 10 years. During the Covid times, they came closer as they both recovered from Covid. During the second wave of the pandemic they decided to have a wedding-cum-commitment ceremony on their 9th anniversary to celebrate their relationship. They had a commitment ceremony in December 2021 attended by their parents, family and friends.

Although they have been accepted by their loved ones but still do not enjoy the rights of a married couple, the plea points out.

Vesting their faith on Supreme Court of India which has always protected the right of inter-caste and inter-faith couples to marry a person of their choice, they have put forth their request in form of plea.

The plea has contended that same sex marriage is a continuation of this constitutional journey,

The petitions places reliance on the Navtej Singh Johar case judgement by the top Court in which Section 377, was struck down as unconstitutional.

The couple have faith in the system. They contended that the Supreme Court in Puttaswamy case, held that LGBTQ+ persons enjoy the right to equality, dignity and privacy guaranteed by the Constitution on the same footing as all other citizens and thus this should be accepted.