Justice Sanjay Kishan Kaul noted election process in the country has been held in far more difficult conditions. He said ego problem between two authorities was leading to lawlessness. 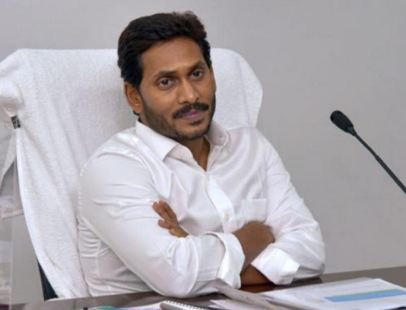 The Supreme Court on Monday dismissed the plea filed by the state of Andhra Pradesh against the decision of State Election Commissioner N. Ramesh Kumar to hold panchayat polls in the state amid the Covid-19 vaccination drive.

Justice Sanjay Kishan Kaul noted election process in the country has been held in far more difficult conditions. Justice Hrishikesh Roy was also part of the bench which was hearing the appeal filed by the Y.S. Jagan Mohan Reddy-led Government in the State of Andhra Pradesh challenging the decision of State Election Commissioner to hold Panchayat polls.

Justice Sanjay Kishan Kaul said ego problem between two authorities was leading to lawlessness. “We cannot allow lawlessness, how can resolutions be passed against N Ramesh Kumar? Elections have been held in far more difficult conditions and successfully.”

The bench further said that we cannot be a part of this ego battle. “We cannot take over jobs of everyone. There are some political and administrative decisions. Some decisions will be taken by the Election Commission. This makes me feel this is not the issue, it is something else.”

Justice Kaul said it was very difficult to blame or judge anyone. States have conducted elections during Covid-19. Even Kerala did and there is a spike now but we can’t say polls were the reason. “Your behaviour is atrocious and undesirable. Why should election commission make public statements and you are passing staff resolutions against it,” the Court said while refusing to interfere in the decision of the State Election Commissioner.

The Court was hearing the SLP filed by the state of Andhra Pradesh challenging the High Court’s order whereby it categorically refused to interfere in the State Election Commissioner’s decision to hold panchayat polls. A division bench of AP High Court held that the order dated 08.01.2021 issued by the APSEC notifying the election schedule for the local bodies need not be interfered with as the facts and circumstances of the case does not warrant suspension of the order.