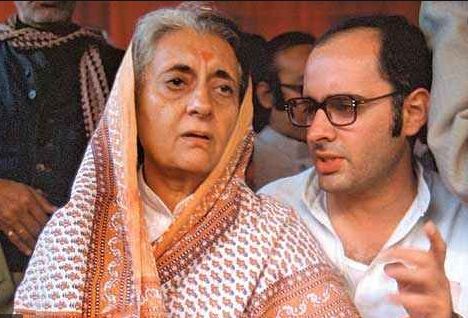 The Supreme Court on Monday served notice to the Central government and sought its response on a plea filed by a 94-year-old woman seeking a declaration that the proclamation of the Emergency in 1975 was wholly unconstitutional.

A bench headed by Justice S.K. Kaul observed that it will examine if it is feasible or desirable for it to examine the validity of the proclamation of Emergency after a lapse of 45 years. During the hearing, Senior Advocate Harish Salve, on behalf of the petitioner Veera Sarin, submitted that the Emergency was a fraud and the greatest assault on the Constitution as rights were suspended for months.

The Supreme Court bench of Justices Kaul, Dinesh Maheshwari and Hrishikesh Roy had previously on December 8 deferred the hearing of the present matter.

In the petition, a compensation of Rs 25 crore has been demanded from those who played an active role in this unconstitutional act. Petitioner Veera Sarin claimed she and her husband were victims of excesses of the then government authorities and others during the Emergency, which was implemented a few minutes before midnight on June 25, 1975. The Emergency in the country ended in March 1977.

Sarin mentioned in the petition that her husband had a business of gold artifacts in Delhi at that time but had to leave the country due to fear of being put in jail on the order of the government. Later, the petitioner’s husband died and had to face legal proceedings initiated against him during the Emergency. They are still suffering the pain of Emergency and the devastation caused during that time.

Moreover, her family had to wander for 35 years for their rights over and property. At that time, the relatives and friends of the petitioner also turned their backs as illegal proceedings were initiated against her husband and now she wants to stop this mental depression of her lifetime, which is still shaking her mind.

The petition alleged that till now her jewellery, artifacts, paintings, sculptures and other valuable movable assets have not been handed over to her family and for this, she is entitled to compensation from the concerned authorities.

The petitioner had also mentioned the December 2014 order of the Delhi High Court stating that the action taken against the husband of the petitioner was beyond any jurisdiction.