The appellant/Bhima Ridhi contended before the Top Court that TDSAT was erred in holding that there was no extension in the timeline for digitization of DAS Phase-3 notified areas beyond 31.12.2015. 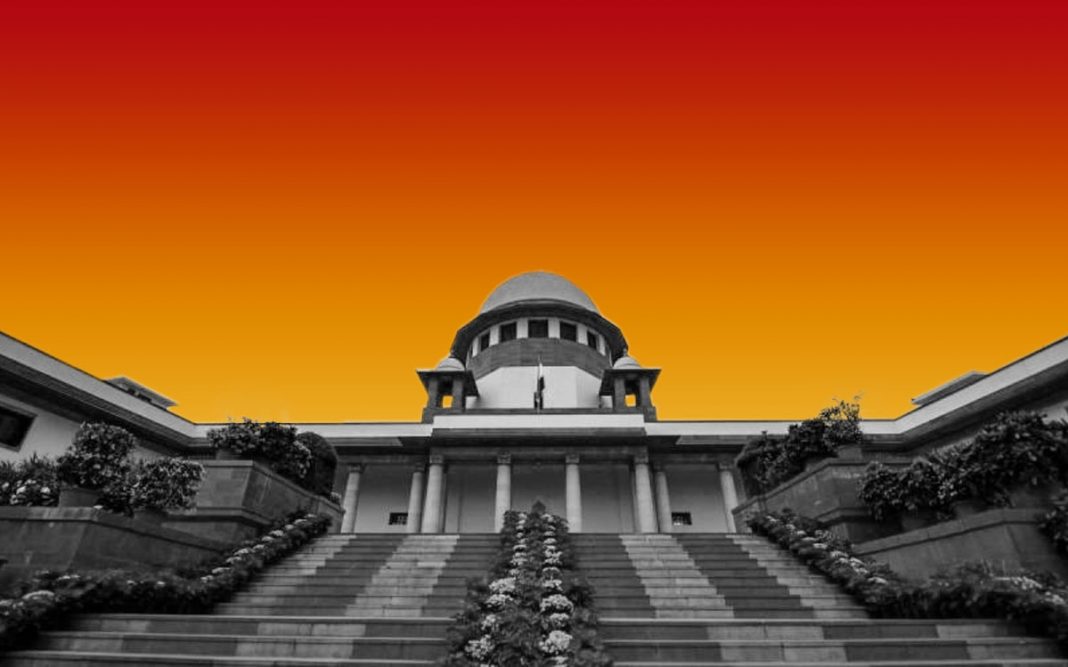 The matter was listed today before the two-judge bench of Justices L. Nageswara Rao and Vineet Saran, which has refused to interfere with the findings of the TDSAT in its judgment dated 25.02.2021, by dismissing Civil Appeal No. 1140 of 2021 filed by Bhima Riddhi.

The appellant/Bhima Riddhi contended before the Top Court that TDSAT was erred in holding that there was no extension in the time-line for digitization of DAS Phase-3 notified areas beyond 31.12.2015.

However, the Supreme Court concurred with the findings of TDSAT that there has been no notification by the Central Government under Section 4A of CTN Act whereby the date of implementation of digitization qua DAS Phase-3 areas has been extended beyond 31.12.2015.

On 25.02.2021, Telecom Disputes Settlement & Appellate Tribunal (TDSAT) bench headed by Chairperson Justice Shiva Kirti Singh had held that “a solemn agreement or MOU between the parties referring to a date fixed by the statutory authority cannot be ignored by one party when the statutory authority has not issued further notification which could affect the implementation of the MOU from January 2016 onwards.”

Bhima Riddhi, one of the biggest Multi-System Operator (MSOs) engaged in the business of transmission of broadcast through cable network in the State of Karnataka, by way of a Petition in the Hon’ble TDSAT had challenged the agreement executed by it with Taj/ZEEL (Zee Entertainment Enterprise Limited) alleging that since the said agreement was contingent on the implementation of DAS-III, the same cannot be enforced for the period effective 01.01.2016. The claim of the MSO was based on an assumption that DAS Phase III got postponed beyond the stipulated time of 31.12.2015 by way of various orders passed by the different High Courts of the country.

The Court had said, “It is not necessary to go into the above controversy on account of petitioner’s stand that it has paid an excess amount during the year 2016. The case of excess payment could have deserved consideration had the petitioner’s case been found to have merit. But the findings recorded on merits are against the case of the petitioner.”

“The date for implementation of DAS Phase-III was never extended beyond 31.12.2015 either by the competent statutory authority or by any judgment or order of a competent court of law. Interim orders merge into final orders and lose their significance thereafter. In the present matter, the petitioner has not produced any final judgment or order in support of its case and the interim orders also do not lead to a conclusion which may help the case of the petitioner,” noted by the TDSAT in its Order.

It had also noted that “The objection to the invoices raised by respondents on the basis of DAS Agreement was also belated. The dispute was raised after the invoices were raised by the respondents for 4-5 months. There is no explanation why the subsequent DAS agreement was for a term beginning from 01.01.2017 when petitioner has taken a stand that the date for implementation of DAS Phase-III got extended to 31.01.2017.”

ZEE, represented by Upender Thakur, Advocate, Senior Partner- Singh & Singh Law Firm LLP, had vociferously argued that TRAI as well as the High Courts never extended the sunset date for implementation of DAS Phase III. Thakur argued at length with reference to series of orders passed by different High Courts, public records and judicial pronouncements to persuade the TDSAT that the authority, TRAI only granted a grace period for those MSOs who couldn’t implement DAS and therefore, to do so before 31.1.2017. Thakur, therefore, had prayed the TDSAT to pass appropriate directions in respect thereof, thereby also reiterating ZEEL’s demand for the money which was ignored by Bhima Riddhi to evade its payment obligations. After hearing the parties at length and spanning couple of days on the above important and vital issue concerning the broadcasting and cable industry, the TDSAT found favour with Thakur’s submissions in favour of ZEEL and accordingly, rejected the stand of Bhima Riddhi and had held that DAS Phase III stood implemented from 01.01.2016 only.

The Court had said, “In the aforesaid facts and circumstances, this Tribunal finds no merits in this petition and the same is accordingly dismissed. The parties shall adjust their accounts accordingly and act in accordance with law and the stipulations as agreed in the admitted DAS agreements for the period beginning from 01.01.2017.”