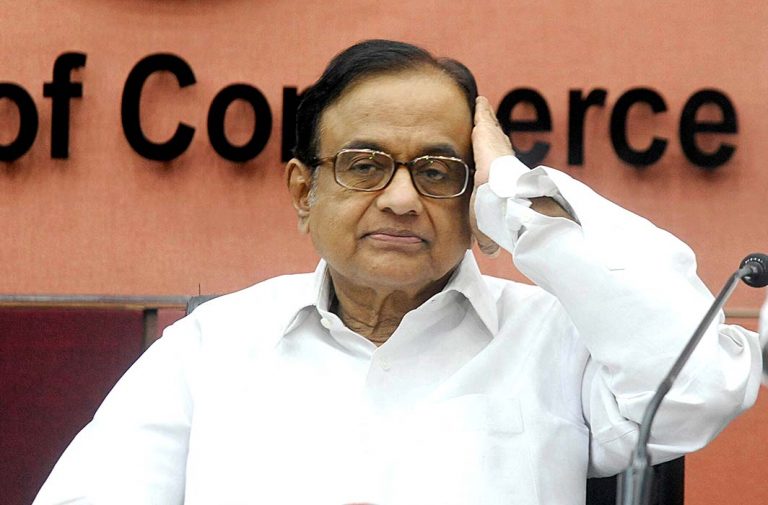 The Supreme Court on Wednesday extended yet again by another day the interim protection from arrest  for former finance minister P Chidambaram in the INX Media money laundering case lodged by the Enforcement Directorate (ED).

After hearing the arguments on behand of the ED by Solicitor General Tushar Mehta, a bench of Justices R Banumathi and AS Bopanna  have the extension. Mehta put up a spirited arguments for nearly two hours, even saying that Chidambaram was trying to play the “victim card” and prevent the ED from exercising its right to arrest him in the case. “This is not a witch hunt as alleged by them. We have material to show that it is a serious case of money laundering. We have collected cogent materials in the case,” Mehta told the bench, which would continue hearing arguments in the case on Thursday.

The court is hearing a plea filed by Chidambaram who has challenged the August 20 verdict of the Delhi High Court denying him anticipatory bail in the INX Media corruption and money laundering cases lodged by the Central Bureau of Investigation (CBI) and the ED. The case is related to alleged irregularities in Foreign Investment Promotion Board (FIPB) clearance given to the INX Media group for foreign investment to the tune of Rs 305 crore in 2007 when the UPA was in power and P Chidambaram was the finance minister.

“A ghost is sought to be created by playing the victim card,” Mehta said while opposing grant of anticipatory bail to Chidambaram.

Presenting its arguments, the probe agency said it has “direct evidence to show how money was laundered” and that it is ready to give evidence to show that laundering is still on, Mehta said.

The ED urged the Supreme Court to not intervene at this stage. The authority to arrest cannot be curtailed, argued the agency, and said that Chidambaram’s arrest “isn’t for humiliation but for prevention”.

The ED will continue its submissions from 11.30 am on Thursday.

ED stated that overseas banks have given some specific inputs regarding properties, companies etc regarding P Chidambaram’s benami accounts abroad.”We have issued letters rogatory (LR), we have got some and are awaiting more,” argued Mehta. “At this stage, if the Supreme Court intervenes, it will be preventing us from exercising our statutory right to arrest,” he added.