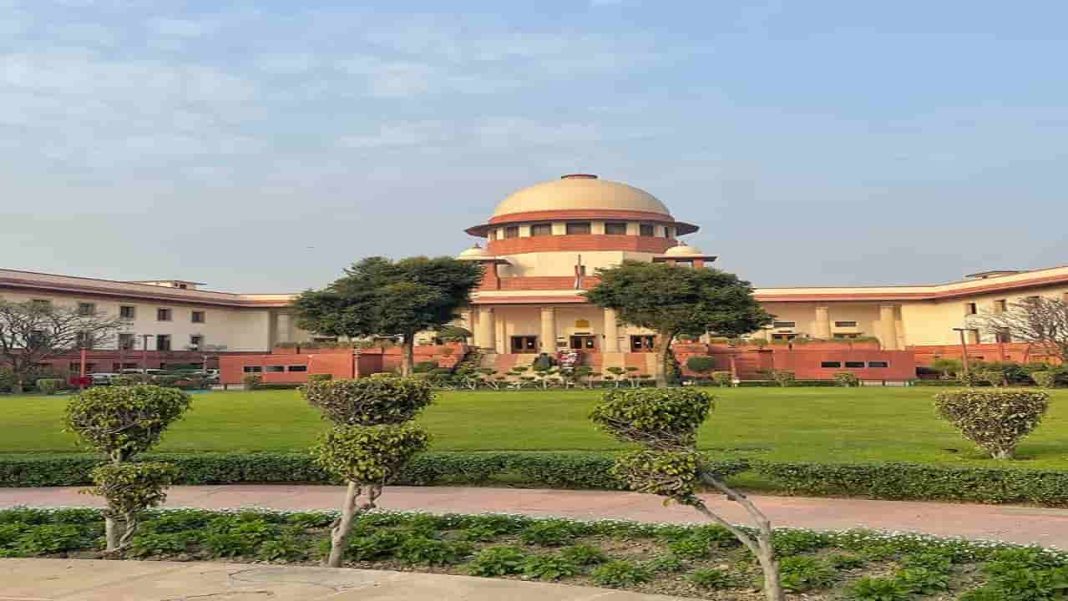 The Supreme Court has granted bail to a 26-year-old man co-accused in a gang rape case of a prominent movie actress wherein the accused persons hatched a conspiracy to abduct the victim and recorded the gang-rape on a mobile phone.

The incident occurred on February 17, 2017, wherein the specific allegations against the present accused was that after abduction he drove victim’s car and snatched her mobile phone. He was the second accused in the present case along with other 5 accused. The accused No.1 allegedly criminally intimidated the victim and she was undressed by force and under the threat, she was subjected to sexual abuse. This was recorded on a mobile phone. While the 1st accused was abusing the survivor, the present applicant/accused Martin and the accused No 3 were inside the car. Later in the evening of the fateful day, the rape survivor was dropped at the house of another actor.

Today, a two-judge bench of Justices Ajay Rastogi and Abhay S Oka granted bail to the accused considering the fact that he had spent already 5 years in jail. The Court refused to accept the stand of the State that trial is at the fag-end.  The Court also considered the fact that few other co-accused have been granted bail.

In his bail application before the Kerala High Court, he had raised certain additional contentions stating that now the trial has already reached the fag-end and that the prosecution witnesses have already given their evidence before the Sessions Court concerned to the extent it involves the case affects the present petitioner. He vociferously argued that the said evidence already adduced by the prosecution would clearly lead to the situation that there are no evidentiary materials, so as to connect him (accused No.2) in any manner in this case and that therefore, he deserves to be released on regular bail.

Whereas, the State Counsel had objected to the said submission and stated that the major part of the petitioner’s contentions are only reiteration of the earlier pleas made by him, which has already been rejected by Court. Further that, the above said contentions raised by the petitioner that there is no evidence that the prosecution witnesses has not adduced any evidence, so as to connect the petitioner’s involvement in this crime is absolutely wrong and untenable.

Submissions were made by both sides on the issue as to whether the evidentiary materials already adduced before the Sessions Court would constitute sufficient evidence, so as to show the involvement of the petitioner (accused no 2)  in the present crime.

The High Court had noted,

“The allegations raised in this case against the petitioner are very serious and grave. As regards, the contentions of the petitioner regarding the issue regarding sufficiency or otherwise of the evidence of the prosecution witnesses already adduced before the Sessions Court in this case, this Court is of the considered view that it may not be right and proper for this Court to enter into that arena, at this stage, as the trial has already reached the fag-end and is stated to be completed by August, 2021 and any findings made by this Court in a bail application is likely to prejudice one side or the other depending upon such findings that may be made by this Court.”

It may be noted that the High Court vide its order dated 15.06.2020, had granted bail to one of the co-accused observing that accused was only a driver and not a person with power and pelf to influence the witnesses, most of whom have already been examined. The high court reached on its conclusion by citing various judgments passed by the Apex Court. In Sanjay Chandra Vs CBI, the Apex Court held that the fundamental postulate of criminal jurisprudence is the presumption of innocence, that is a person is believed to be innocent until found guilty and it would be contrary to the concept of personal liberty if any person should be punished before conviction in respect of any matter or under any circumstances, upon the belief that he will tamper with the witnesses if left at liberty. Any imprisonment before conviction has a substantial punitive content and it would be improper for any Court to refuse bail as a mark of disapproval of former conduct whether the accused has been convicted for it or not or to refuse bail to an under trial for the purpose of giving him a taste of imprisonment as a lesson.

The High Court further referred to a judgment of the Apex Court in Dataram Singh v. State of Uttar Pradesh, wherein it was held that grant of bail is the general rule and putting a person in jail or prison is an exception. Even though the grant or denial of bail is entirely the discretion of the Judge, in the facts and circumstances of each case, the exercise of judicial discretion has been circumscribed by the decisions of the Apex Court as well as this Court. The jurisdiction must be exercised judiciously, in a humane manner and compassionately without being carried away by the severity of the allegations. As held by the Apex Court in State of Kerala v. Raneef that when under-trial prisoners are detained in jail custody for an indefinite period due to the delay in concluding the trial, Article 21 of the Constitution is violated.

Case Name- Martin Antony Vs The State of Kerala