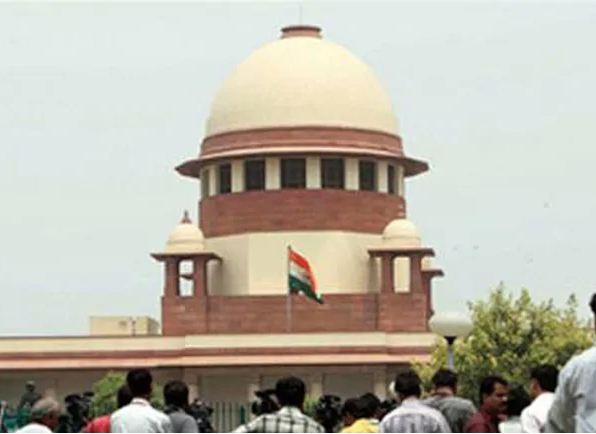 The Supreme Court on Monday set aside the order passed by the Kerala High Court, which had held that appointments to the post of Munsiff-Magistrate in the judicial service of the state can be beyond the number of probable vacancies advertised in the notification inviting applications.

The bench comprising Justices D.Y. Chandrachud and Indira Banerjee while setting aside the order observed that, “the respondents have no vested right to appointment for the 2019 selections. They cannot claim any right, or even equity, on the ground that the selection for the subsequent year may be delayed. Vacancies for 2020 must be allocated to candidates who are duly selected in pursuance of the recruitment process for 2020. Candidates who have ranked lower in the 2019 selection and were unable to obtain appointments cannot appropriate the vacancies of a subsequent year to themselves. To allow such a claim would be an egregious legal and constitutional error.”

A notification was issued by the Kerala High Court on February 1, 2019 inviting applications for appointment to the posts of Munsiff-Magistrate in the Kerala Judicial Service, against regular vacancies and against a carry-forward called ‘No Candidates Available (NCA)’. Thirty-seven “probable” vacancies were notified including one vacancy reserved for persons with disabilities, for appointment by direct recruitment and recruitment by transfer. Eight vacancies were notified under the NCA category.

After the competitive examination, a list of candidates qualified for selection was prepared and was published on February 20, 2020. The merit list prepared by the appellant was approved by the Governor and was notified by the Government of Kerala through a gazette notification dated May 7, 2020. By way of this notification, 32 candidates were appointed as Munsiff-Magistrate trainees by direct recruitment for the year 2019 against regular vacancies and 5 candidates were subsequently appointed against NCA. All the selected candidates are undergoing training.

Two petitions were filed under Article 226 of the Constitution before the High Court, claiming that as on 07 May 2020 and thereafter, several vacancies had arisen for the post of Munsiff-Magistrate, which were not specified in the notification inviting applications.

The respondents, who were the original petitioners, claimed that in accordance with Rule 7(2) as amended with effect from 14 January 2019, all vacancies which arise for a period of one year after the approval of the merit list by the Governor, are to be filled from the approved merit list.

They further submitted that appointments of Munsiff-Magistrates must not be limited to thirty-two vacancies and must take into account all other vacancies that have arisen or which may arise till May 6, 2021, that is, within one year from the date on which the merit list dated 7 May 2020 was notified.

Opposing these submissions, the High Court of Kerala, contended that, appointment to vacancies in the judicial service of the state is regulated by the Kerala Rules, 1991 and by the directions and timelines fixed by the Court under Article 142 of the Constitution in Malik Mazhar Sultan v. Uttar Pradesh Public Service Commission. Relying on the said case, the appellant argued that the notification inviting applications is issued for only those vacancies that are available till December 21, of the year in which the notification is issued and only these notified vacancies can be filled up by the recruitment process of a given year.

The Apex Court however held that,

“The solution which has been suggested by the High Court is plainly unacceptable. Persons are sent on training on being appointed to the judicial service and there cannot be two categories of trainees, one of whom receives a stipend since the vacancies for which they have been selected are yet to arise. Moreover, there will be a serious discontent if not all the candidates who are sent on training in expectation of future vacancies can be accommodated in service. We have emphasized the above aspect, for the simple reason that the High Court was cognizant of the serious problems which would result in the administration if its decisions were to hold the field.”