The Apex Court permitted the resumption while hearing the interim application in Maharashtra's special leave petition, which was filed in 2018 challenging the Bombay High Court stay against the conduct of bullock cart races in the state. 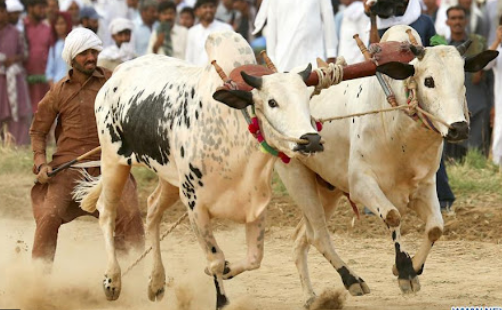 The Supreme Court on Thursday permitted the resumption of bull cart races in Maharashtra after four years on the terms and conditions as mentioned in the Prevention of Cruelty to Animals Act (PCA) 2017 and observed by Karnataka and Tamil Nadu.

The bench of Justice A.M. Khanwilkar, Justice Dinesh Maheshwari and Justice C.T. Ravikumar permitted the resumption while hearing the interim application in Maharashtra’s special leave petition, which was filed in 2018 challenging the Bombay High Court stay against the conduct of bullock cart races in the state.

The Maharashtra government on December 8 requested the Apex Court to lift the ban on bull race in the state. The state government said that like Tamil Nadu and Karnataka, the state should be allowed to conduct bullock cart races in accordance with the 2017 rules.

Senior Advocate Mukul Rohatgi, appearing for the Maharashtra government, said the ban on bullock cart races by the Bombay High Court should be lifted and that the state should be allowed to conduct the race in accordance with the 2017 rules.

Rohatgi said the Apex Court can ask the collector concerned to monitor the races. To this, the Bench said that the rules already have this provision. Rohatgi: “The Bench can say about caution and the state will be careful.”

Rohatgi said that since the matter was referred to a Constitution bench in 2018, all the other adjoining states are enjoying this bullock cart race but Maharashtra was unable to do it, despite that it is in an identical situation.

Earlier, the Bombay High Court had stayed the implementation of rules by which the state wanted to conduct bullock cart races under strict rules.

In 2014, the Supreme Court had banned races and live action performances by bulls in bullock cart races, jallikattu and bull races across the country for their violation of provisions of the PCA Act. Karnataka and Tamil Nadu had, however, amended the PCA Act to allow regular bull races, which are under challenge in the Supreme Court since 2018.