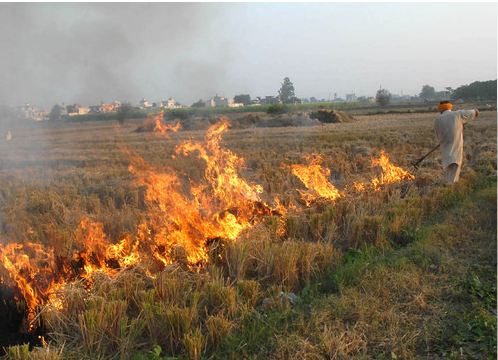 The Central government on Monday sought time to submit its report on how the new ordinance against air pollution has worked so far in a few days. The Supreme Court is expected to hear this matter on Thursday after the report is brought on record.

Senior Advocate Vikas Singh on Monday sought the Supreme Court’s permission for oral mentioning in the stubble burning case. The three judge bench headed by Chief Justice of India Justice S.A. Bobde, Justices A.S. Bopanna and V. Ramasubramanian heard the matter. The Chief Justice of India replied that it has to be done through emails.

Vikas Singh informed the court that the government has constituted a committee with four-members but the committee has done nothing and the matter is concerning public health issue and the affidavit has not been filed yet.

Senior Advocate Aishwarya Bhati, who appeared for the Central government, told the Apex Court that the affidavit will be placed in a day before the bench. Bhati said the situation regarding air pollution is better since December 3 and requested the bench to grant the government two days to file the affidavit.