The Apex Court struck down the Army’s evaluation process of women Short Service Commission officers but agreed that they have to meet the general physical standards. 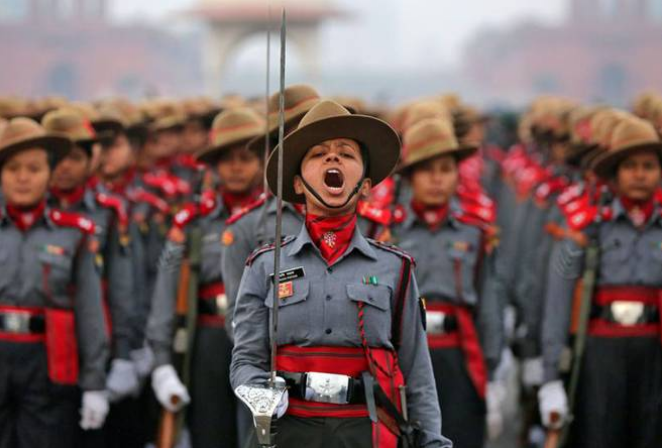 The Apex Court struck down the Army’s evaluation process of women Short Service Commission officers but agreed that they have to meet the general physical standards.

A bench headed by Justice D.Y. Chandrachud ruled that Army’s benchmarking for annual confidential reports (ACRs) is discriminatory and arbitrary, working to the disadvantage of women officers who wanted to opt for permanent commission.

1. Administrative requirements imposed on Army by equating these women with males with lowest rank is arbitrary.

2. They will be considered for permanent commission subject to disciplinary and vigilance clearance.

3. Other than non obtuse officers, all would be considered for grant of permanent commission as per terms mentioned within 2 months.

Justice Chandrachud observed, “The structures of our society has been created by males for males…equality is a farce if this doesn’t change and women get equal opportunity.” He said, All consequential benefits will flow from Babita Punia judgment. Petitioner Navneet Lobana will have her request of permanent commission and in case PC is not considered, she will allowed to pursue M.Tech from Pune without cost, the Court added.

The Supreme Court has delivered its judgment on petitions by over 60 women officers who alleged that they were denied permanent commission in the Army on the grounds of fitness.

In a landmark verdict in February last year, the Supreme Court had directed that women officers in the Army be granted a permanent commission, rejecting the Centre’s stand of their physiological limitations as being based on “stereotypes” and “gender discrimination against women.

The Court had, therefore, directed the Central Government to implement the Court’s the ruling within three months.

However, sixty women officers alleged that they were denied permanent commission in the Army on the ground of failure to adhere to SHAPE – I fitness and had moved the top court.