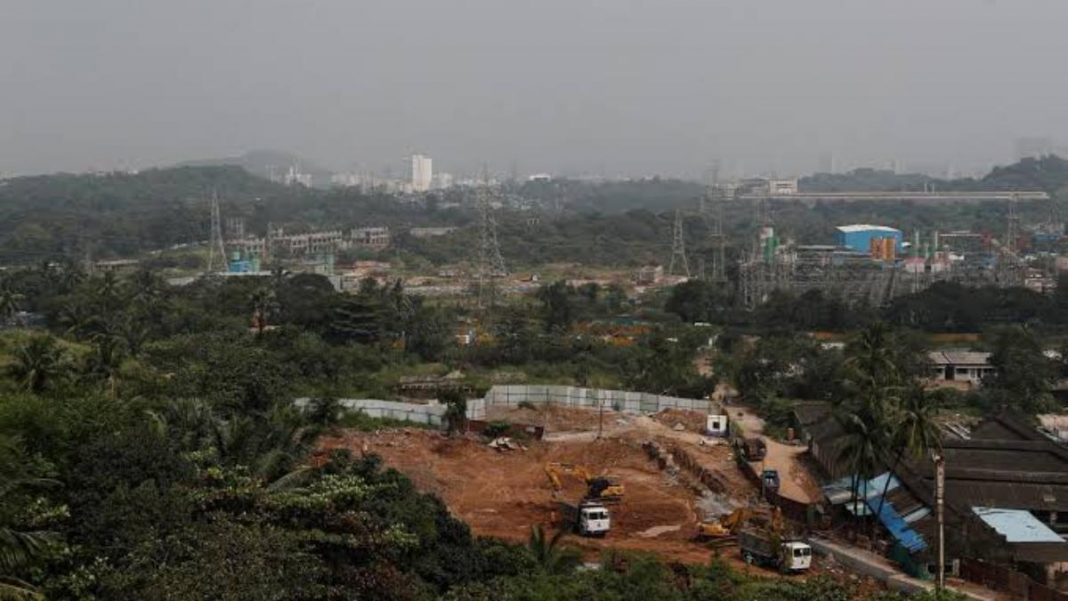 In a move that has calmed tempers, Maharashtra CM Uddhav Thackeray has shifted a proposed Metro car shed from Aarey forest to government land in Kanjurmarg, thereby saving a green lung of Mumbai.

A move by the Shiv Sena led government in Maharashtra to shift a Metro car shed from Aarey Colony to Kanjurmarg has led to much celebration. In doing so, the state government has fulfilled a promise made in its election manifesto.

Chief Minister Uddhav Thackeray on October 11, 2020, via webcast, informed that the project would be shifted to government land in Kanjurmarg and no cost would be incurred for the purpose. The land will be available at zero rate. He said the building which was constructed in Aarey forest will be utilised for some other public purpose. “About Rs 100 crore expenditure was incurred for the purpose and it won’t go waste,” he said.

Thackeray said the government had earlier declared the 600-acre Aarey land as forest area, but now it had been revised to 800 acres. There will be no infringement on the rights of tribals in the forest. Biodiversity in Aarey needs to be conserved and protected. Nowhere is there an 800-acre jungle in an urban set-up. Mumbai has a natural forest cover, he added.

The move to relocate the car shed from Aarey came amid reports that the state government was considering if two of the upcoming Metro lines could share the maintenance facility. The government had appointed the Delhi Metro Rail Corporation to prepare a feasibility study on Metro 3 (Colaba Bandra Seepz), sharing its car shed with Line 6 (Vikhroli Lokhandwala). As per the officials of the Mumbai Metro Rail Corporation Ltd (MMRCL), the Metro Line 3 project may be delayed by three years and its cost may go up by over Rs 2,000 crore if the car shed for the line was shifted from Aarey Colony.

Read Also: All that you must know about the Consumer Protection Act, 2019

However, last month, Thackeray directed the home department to withdraw cases registered against the protestors last year for opposing the felling of trees for the Metro car shed. The decision was taken at a state cabinet meeting. A tweet from the chief minister’s office said Thackeray had directed the home department to begin the process of withdrawing the cases. The request for withdrawal of cases was made at the cabinet meeting by environment minister Aaditya Thackeray, son of Uddhav, which was supported by deputy CM Ajit Pawar and other ministers. “I thank all the cabinet colleagues of the MVA government for prioritising and realising the importance of sustainable development and green governance and supporting such issues,” Aaditya later tweeted. “To hold them from stopping desired work was one thing but to press police charges was another. We can’t have cases against those who stand up for environment and forests. The protesters were citizens standing up for future of the planet,” he said in another tweet.

In December last year, days after he took over, the chief minister had already announced withdrawal of cases against the green activists. The government also appointed a committee to study the feasibility of the project. The cases against the activists were registered after clashes broke out between the police and them for opposing axing of trees by the Mumbai Metro Rail Corporation Ltd in Aarey Colony last October.

The tussle has been going on since 2014. While the 33.5-km underground Metro 3 is an ambitious project connecting Colaba Bandra Seepz, the location for the car shed was identified as Aarey a 1,800-acre green space in suburban Goregaon which is home to 290 species of flora and fauna and surrounded by concrete structures.

On October 4 last year, the Bombay High Court dismissed four petitions challenging the decision to cut trees at Aarey. The petitioners had questioned the propriety and legality of the BMC Tree Authority’s permission, and asked for Aarey to be declared a flood plain and a forest. Within hours of the Court’s decision, the MMRCL (an SPV executing the underground project) axed 2,135 trees in 24 hours. This led to activists and Aarey locals pouring onto the streets protesting under the “Save Aarey” banner. The then BJP led government (the Shiv Sena was part of it but opposed the tree-felling) invoked Section 144 in Aarey, which is home to about 10,000 people living in 27 tribal hamlets, and deployed about 500 policemen.

Activists argue that Aarey is an extension of the Sanjay Gandhi National Park, and that the car shed would pave the way for greater commercial exploitation of the area. The police had booked at least 38 protesters under Sections 353 (assault or criminal force to deter public servant from discharging duty), 332 (voluntarily causing hurt to deter public servant from duty) and 143 (unlawful assembly) of the IPC.

Following the arrests, the protesters faced several problems such as finding a job, continuing their home rental agreements or applying for a passport. Rohit Joshi of the Aarey Conservation Group (ACG), said: “Around 10 days ago, a delegation of ACG, including me, along with the protesters who were charged met state cabinet minister Jitendra Awhad to propose the withdrawal of cases. We discussed how they were facing issues in their everyday life. We thank the state and especially Awhadji for today’s decision by the cabinet.”

Sitaram Kunte, Additional Chief Secretary, Home, said: “The process of withdrawal of cases against the protesters will be expedited. The legal process will be followed before the withdrawal of the cases.” Earlier in August, the CM had asked the Mumbai Metro and Mumbai Metropolitan Region Development Authority officials to examine whether the proposed Metro car shed could be shifted to Pahadi Goregaon area near Oshiwara.

Following these events, former CM Devendra Fadnavis of the BJP termed the decision unfortunate. “This decision will increase the cost of the project by at least Rs 4,000 crore. This cost escalation is assessed by the committee appointed by this government. The Kanjurmarg site was earlier considered by the government, but it was under litigation and stayed by the High Court. Some private individuals claimed their rights and the stay was requested to be withdrawn. However, the Court wanted the amount to be deposited if the claims got settled in future,” he said.

Rebutting this, Minority Affairs Minister Nawab Malik of the NCP and an MVA ally, said: “The Maharashtra CM has made an announcement as he had promised during the polls. It is wrong to question the authenticity of the information he has provided.”

The move has been welcomed by environmental activists. “The blackmail of Aarey or Metro has finally ended. It’s a win for both Aarey and Metro today. We thank the government, especially the CM and the environment minister for the decision,” said Stalin D, one of the leading green activists. Even as an alliance partner in the then BJP led government, the Shiv Sena was opposed to the felling of trees in Aarey, with Aaditya Thackeray leading the charge. For the Thackerays, these words of poet Robert Frost would ring true: