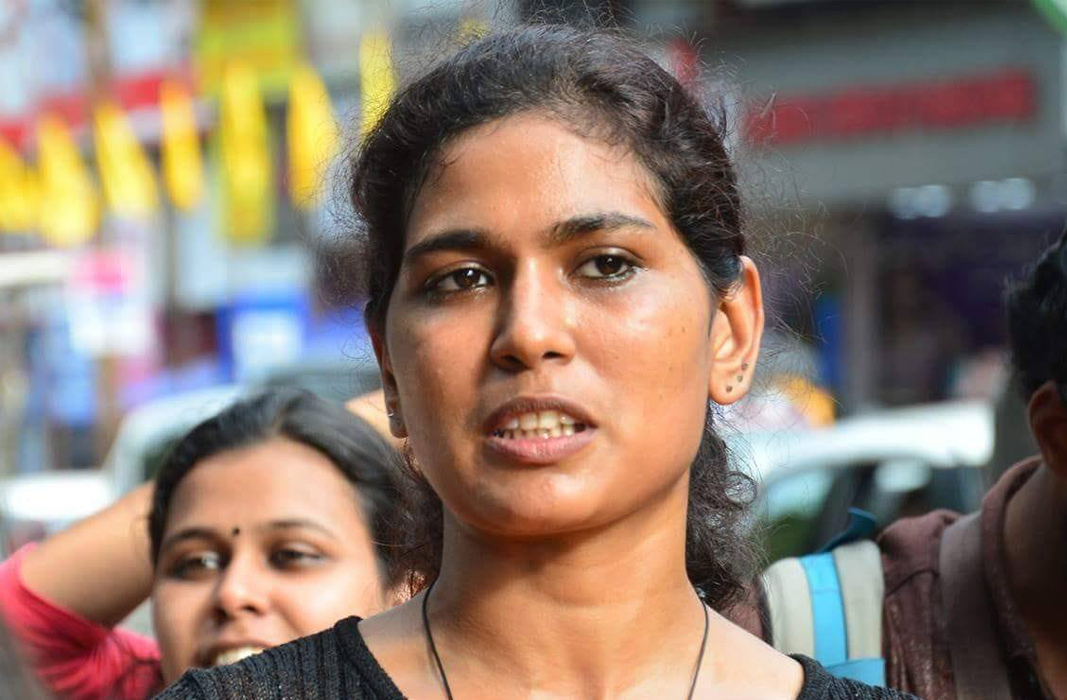 Activist Rehana Fathima who was once in the news for attempting to enter the Sabarimala temple has caught the attention of the media again. This time it is for uploading a video showing her minor children painting on her semi-nude body.

In the video, the petitioner is seen lying semi-naked and her two children, a boy and a girl aged 14 and 8, respectively, are painting on her semi-naked body. This video was shot by the petitioner and uploaded on YouTube and on her Facebook account using the hashtag #BodyArt and Politics. Her post read: “No child who has seen his own mother’s nakedness and body can abuse the female body.”

When the video was detected by the Kochi police, an FIR was registered against Fathima for offences punishable under various sections of the Protection of Children from Sexual Offences Act, 2012 (POCSO Act), Information Technology Act, 2000 and Juvenile Justice (Care and Protection of Children) Act, 2015.

Fathima filed a plea before the Kerala High Court seeking anticipatory bail, but the Court dismissed it. It observed that prima facie, the offences under Section 13 of the POCSO Act and Section 67B (d) of the IT Act had been made out and that the need for custodial interrogation could not be ruled out. Fathima has now approached the Supreme Court.

Justice PV Kunhikrishnan of the High Court while denying anticipatory bail to Fathima succinctly noted that while the petitioner felt that she should teach sex education to her children by asking them to paint on her naked body and then uploading it on social media, the Court was not in agreement with her. The Court said that she had used the children for the purpose of sexual gratification because they are represented in the video in an indecent and obscene manner. The expression of the petitioner while the children are painting on her breast is also important, it said. “You are also responsible for living your life according to the same moral values that you preach, as that is the only way kids will learn. The petitioner has got the freedom to teach her child according to her philosophy. But, that should be within the four walls of her house and should not be forbidden by law.”

The judge said: “I place myself in the position of the petitioner and from the viewpoint of the viewers of every age group in whose hands this video reached when it was uploaded by the petitioner. After applying my judicial mind, I am not in a position to say that there is no obscenity in the video when it is uploaded on social media.”

The offence under Section 67B of the IT Act, which relates to facilitating abusing of children online, cannot be ruled out. The custodial interrogation of the petitioner was therefore required to ascertain if the use of children in the video was for “sexual gratification”, the Court said.

Fathima in her bail plea stated that she had been an activist who had been fighting a battle against body discrimination and urged the Court that as far as the discussion on body and body parts is concerned, there needs to be openness. The allegations against her would prima facie, she said, not constitute any offence which is non-bailable. Fathima also stated that children need to be imparted sex education and made aware of the body and its parts so that they view it as a different medium rather than seeing it as a sexual tool alone. Instituting a crime and prosecuting a person for an offence cannot be done because of allegations of the prosecution and public outcry on the issue, she added.

Fathima further referred to the Supreme Court’s judgment in Aveek Sarkar vs State of West Bengal where it declined to declare as obscene a photo taken by a father of his semi-nude daughter and nude son-in-law who were black and white, respectively, to project an anti-apartheid message. She also relied on Bobby Art International vs Om Pal where the Supreme Court observed that nakedness does not always arouse the baser instinct. She further contended that the High Court had erred in invoking Section 13 of the POCSO Act as there has been absolutely no indecent or obscene representation of a child in this case—in fact they merely paint G in an expressionless manner and therefore, it was impossible to conclude that any child was used for the purposes of sexual gratification.

In her appeal to the top court, Fathima talked about personal liberty, under Article 21. “The present petition raises two important questions while applying penal provisions of the POCSO and IT Acts:

“a. Whether female nudity (even when not visible) per se constitutes obscenity?

“b. Whether children painting on their mother’s body can be concluded to be ‘sexual gratification’ and ‘child abuse’ under these stringent laws?”

Fathima had captured headlines in 2014 too when she participated in the controversial “Kiss of love” protest against moral policing along with her partner. She also participated in the annual Onam tiger dance (Pulikali), usually attended by men, to challenge male dominance.

She was again in the limelight in 2018 when she posted a photo covering her breasts with watermelons in response to a statement made by a male professor who compared women’s breasts to watermelons. While many praised Fathima for giving a fitting reply to the sexist professor, the photo was also criticised by those who saw it as an act of attracting male attention through nudity.

In October 2018, Fathima again became the subject of controversy when she attempted to enter Sabarimala along with a Hyderabad-based journalist after the Supreme Court gave the nod for the entry of women there. However, she was not allowed to enter due to violence that broke out between the police and right-wing activists. Her house was also vandalised by two unidentified men.

Then in November 2019, she was arrested for a Facebook post for allegedly hurting religious sentiments and was jailed for 18 days. Fathima was suspended from her job at BSNL after a disciplinary committee found that the criminal cases registered against her allegedly tarnished the reputation of the company.