Left in the Lurch 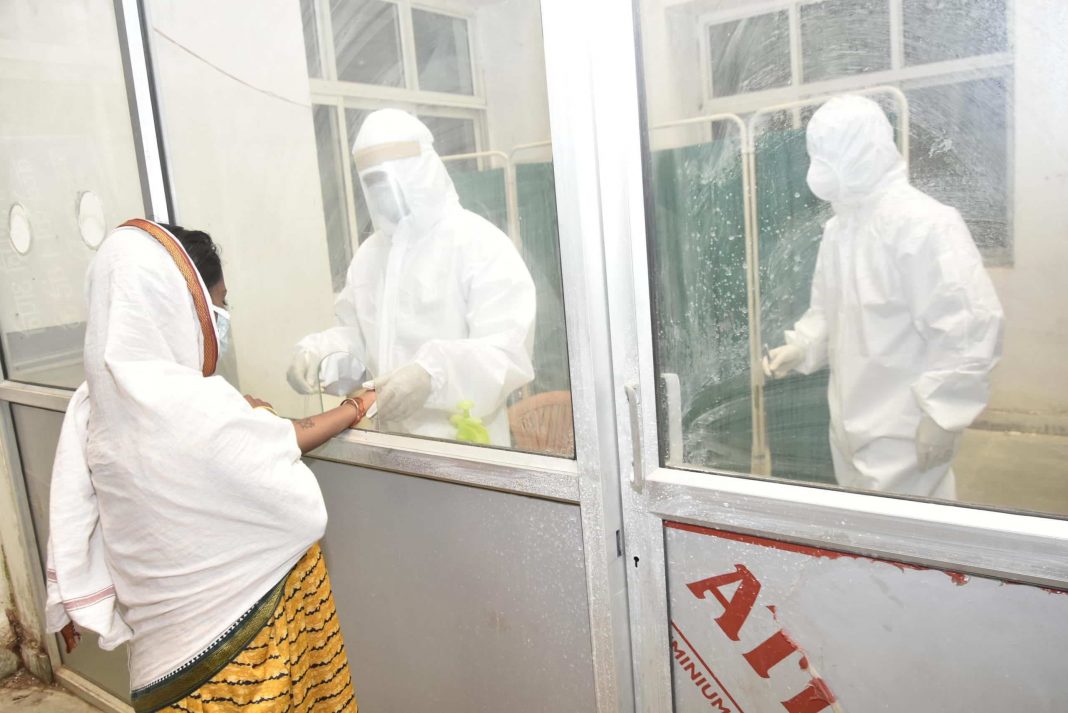 The centre has declared abortion as one of more than 20 essential health services. Yet, access to it as a human right during the abrupt, long lockdown has been especially hard for women.

India claims it has protected abortion as an essential service during the coronavirus lockdown, but experts reveal that women are struggling to get medical help during this time and may resort to risky alternatives or end up with babies they do not want.

With no transport services, limited healthcare and movement restricted, campaigners predict the Covid-19 crisis could push women to take abortion drugs without supervision or seek help from quacks who lack training. Take the case of a 19-year-old who survived rape only to find the ordeal had left her pregnant—a discovery made just as Mumbai began shutting down ahead of a three-week, pan-India lockdown.

Worldwide, authorities from the US to Poland have been urged by rights groups to recognise access to abortion as a human right that merits protection during the pandemic. They say women are especially at risk from the virus, be it due to violent partners or for lack of contraception.

Millions of women and girls globally have lost access to contraceptives and abortion services because of the pandemic. Now the first widespread measure of the toll says India with its abrupt, long lockdown has been hit especially hard.

Several months into the pandemic, many women now have second-trimester pregnancies because they could not find care in time. Across 37 countries, nearly two million fewer women received services between January and June than in the same period last year, Marie Stopes International (MSI) says in a new report—1.3 million in India alone. The organisation expects 9,00,000 unintended pregnancies worldwide as a result, along with 1.5 million unsafe abortions and more than 3,000 maternal deaths.

“Women’s needs do not suddenly stop or diminish during an emergency—they become greater. And as a doctor, I have seen only too often the drastic action that women and girls take when they are unable to access contraception and safe abortion,” she said.

The World Health Organisation this month said two-thirds of 103 countries surveyed between mid-May and early July reported disruptions to family planning and contraception services. The UN Population Fund warns of up to seven million unintended pregnancies worldwide. Lockdowns, travel restrictions, supply chain disruptions, massive shift of health resources to combat Covid-19 and fear of infection continue to prevent many women and girls from getting care.

A surge in teen pregnancies was reported in Kenya, while some young women in Nairobi’s Kibera slum resorted to using broken glass, sticks and pens to abort pregnancies, said Diana Kihima with the Women Promotion Center. Two died of their injuries, while some can no longer conceive. In parts of West Africa, the provision of some contraceptives fell by nearly 50 percent compared to the same period last year, said the International Planned Parenthood Federation. Some countries didn’t deem sexual and reproductive health services as essential under lockdown, meaning women and girls were turned away.

On April 14, the Indian government declared that abortion was one of more than 20 essential health services, ensuring access would continue for the millions of women who terminate pregnancies each year. But the rape survivor could only get an abortion done with the intervention of Centre for Enquiry into Health and Allied Themes, which arranged both a pass and travel. Women and child development minister Smriti Irani has asked all states to ensure women’s helplines work well, and instructions were issued to help with menstrual hygiene. Various state governments have placed ads and hung posters encouraging women to report violence at home.

Despite its protected status, abortion is now hard to access, say experts, as public healthcare is stretched by the pandemic and many private facilities, which shoulder more than 70 percent of medical needs, have closed. Add to that the high levels of stigma around abortion, despite it being legalised more than four decades ago. Ten women die of unsafe abortions in India every day, with almost half of them being performed in unhygienic conditions by untrained providers, according to the health ministry. Fears are growing that the numbers could rise in the crisis. Doctors and public health advocates had reportedly received calls from women who were unable to access safe abortions. Some even said they knew of cases where women seeking abortions were turned away from hospitals or asked to come later.

In India, a pregnancy can be terminated in its first seven weeks with an abortion pill under medical supervision; a surgical procedure is needed thereafter, doctors said. Women now fear they may miss the 24-week abortion deadline during the lockdown, campaigners said. In January, India began amending laws to allow certain women to obtain abortions up to 24 weeks instead of 20. But the pandemic interrupted it.

Abortion access has improved in India, but the pandemic resulted in abortion pill shortages in several states surveyed by Foundation for Reproductive Health Services India. Only one percent of pharmacies in northern states like Haryana and Punjab had them, two percent in Tamil Nadu and 6.5 percent in Madhya Pradesh. In Delhi, it was 34 percent. Meanwhile, women’s health providers have scrambled to find solutions such as telemedicine, home deliveries of contraceptives and home-based medical abortions.

But even now, “we’re hearing everywhere that numbers are down” as public health facilities struggle because thousands of staffers have been infected with the virus, said Marion Stevens, director of the South Africa-based Sexual & Reproductive Justice Coalition. Her group and others wrote to the health minister about women being turned away from care.

The real global measure of lockdown’s effects will come when health ministries report annual data, experts say. But it will be incomplete. In Haiti, the health ministry reported a 74 percent drop in births at health facilities in May compared to the same period last year. Many women are delivering at home, but deaths are not reported.

It is a situation fraught with anxiety.