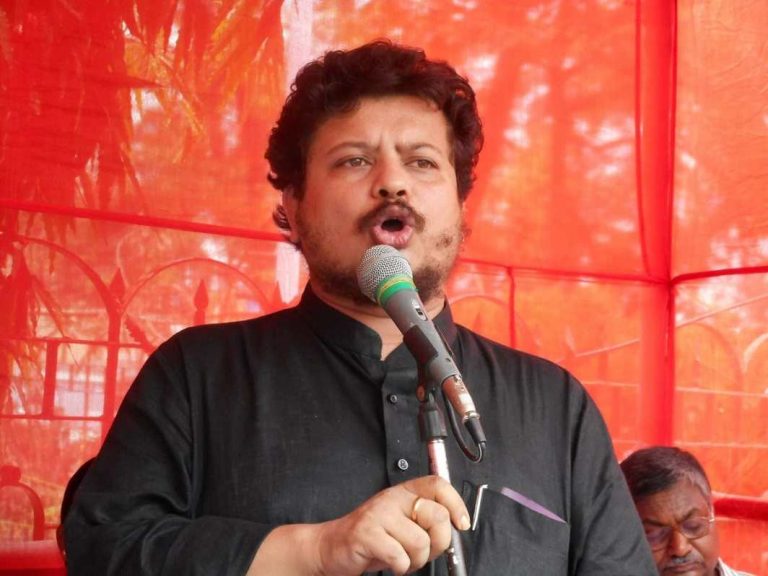 Sometime before the 2011 elections, a Kolkata-based officer of the RAW (Kolkata has a small office) had confided to West Bengal’s second-highest ranked police officer at the time that internal intelligence reports of all political parties in the country have shown that the CPI and the CPI (M)—principal constituents of the Left Front that had been ruling West Bengal for over three decades—were the “least corrupt”.

The RAW collects and analyses information about all political parties on a regular basis.

This information had been lying dormant with this correspondent for a long time, till Friday (June 2) when the CPI(M) in West Bengal  handed a three-month suspension to its high-profile Rajya Sabha member Ritabrata Banerjee.

A top spokesperson of the party, always visible on television debates, Banerjee is articulate as well as a person sought after for objective commentary and contemporary Leftist views on current topics.

More surprising than the suspension order was the reason shown for it. The decision to suspend him was taken at a meeting of the CPI(M)’s state committee in Kolkata where Banerjee was also present. He is a member of the committee. The reason: “Acts of indiscretion”. This, it has been said, has to do with his lifestyle. In any other party of India this could have meant anything from a major scam to even rape (Gayatri Prajapati of the Samajwadi Party is a case in point). For the Communists, it was Banerjee’s showing off, in public rather expensive possessions such as an Apple watch and a Mont Blanc pen, each worth lakhs of rupees.

The party wants to know how, with his meagre full-time party worker’s salary, could he afford such expensive luxuries. A full time worker of the party gets paid salaries ranging from Rs 3,000 to Rs 6,000, more or less. As a Parliamentarian, Banerjee would be getting the following:

As per the Salary, Allowances and Pension of Members of Parliament Act, 1954,

* Each member of the Lok Sabha and Rajya Sabha is entitled to receive a salary of Rs 50,000 per month during the whole term of office.

* If an MP signs the Parliament register every day, he is entitled to a daily allowance of Rs 2,000.

* A Member of Parliament is also entitled to Rs 45,000 as monthly allowance for work in the member’s constituency.

* The MP is also entitled to Rs 45,000 a month for meeting office expenses. Of this amount, Rs 15,000 can be spent on stationery items and postage and Rs 30,000 for a person providing secretarial assistance to the MP.

* Under the Members of Parliament Local Area Development Scheme (MPLADS) each member could recommend to the concerned District Authority developmental works to the tune of Rs 5 crore per annum to be taken up within the constituency.

It is not clear what the party policy is regarding the take home salary of an MP, but the possessions in question are of a tall order.

Is this indicating the scent of scam? It is difficult to believe that in 2017, the mere possession of a very expensive watch and an even more expensive pen is good enough to suspend a top functionary of a party that is fighting for survival in West Bengal.

It is true that none in the party’s central leadership has ever been seen wearing signature jackets, monogrammed so that auctioned they would fetch crores, or expensive “blings”. A top politician in India has done that, earning media censure. And it is also true that even current intelligence reports have nothing against the party that can make it look morally repugnant. But it’s time the party realises that political sainthood in the 21st century doesn’t necessarily have to have its youth divested from modern day gadgets.

Sometime before the elections that decimated the communists in West Bengal and brought in Mamata Banerjee and her Trinamool Congress, editor and columnist Shekhar Gupta had met former chief minister Buddhadev Bhattacharya at the party office in Kolkata’s Alimuddin Street. Gupta was shocked to find on the wall a map of the Soviet Union from before Glasnost. As if the world hadn’t changed in their minds, as if the Soviet Union was just around the corner, to welcome India’s communists.

The suspension of Banerjee possibly reflects some of that mindset.  Banerjee is just 38, and most of the senior party leaders were born before Independence. The world has changed completely, as the likes of Banerjee quite naturally lean towards gadgets. Austerity has its place in society, in the right age-group.

Unless the party leadership is hiding something more sinister, that is.

Reports said that the MP promised to rectify himself, possibly by buying a regular non-qwerty, non-smart phone this time, and using standard party supplied ball pens. At least in public. An inquiry is on, so he better be careful.

For the uninitiated, here is a part from the discipline section of the CPI(M) constitution.

Which one is Banerjee?